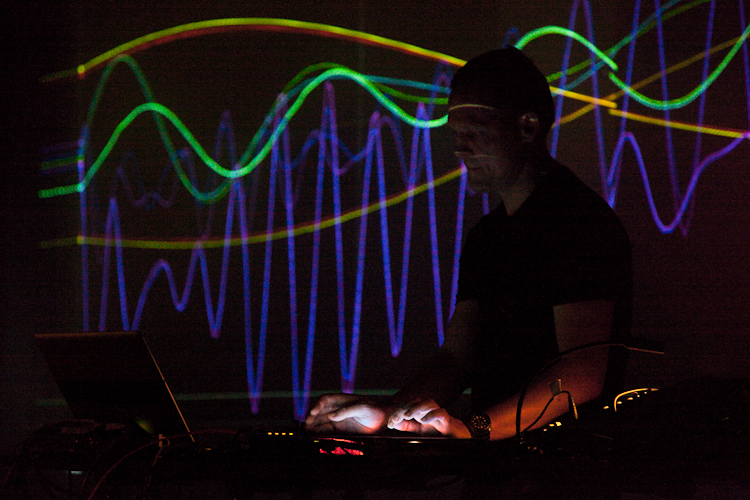 Although the artist’s creative method is based on theories from mathematics, physics and natural science, he attributes equal importance to the concepts of chance and error. Many of his sound and visual works employ a mathematical rule or a module that enables self-generating creative processes. The same methods are common in his musical experiments, in which the artist creates live sound and visual structures that interact with each other (Carsten Nicolai is known in the world of electronic music as alva noto). The audience of the audiovisual performance "unitxt", to be presented in Vilnius and Kaunas, will have a chance to experience this. alva noto collaborated on this work with the French sound poet Anne-James Chaton, Ryuichi Sakamoto and Blixa Bargeld; a preview of unitxt concept was already released as a remix track for the Björk cd-s release "Innocence" from the latest Björk/Timbaland album "Volta" (2007).