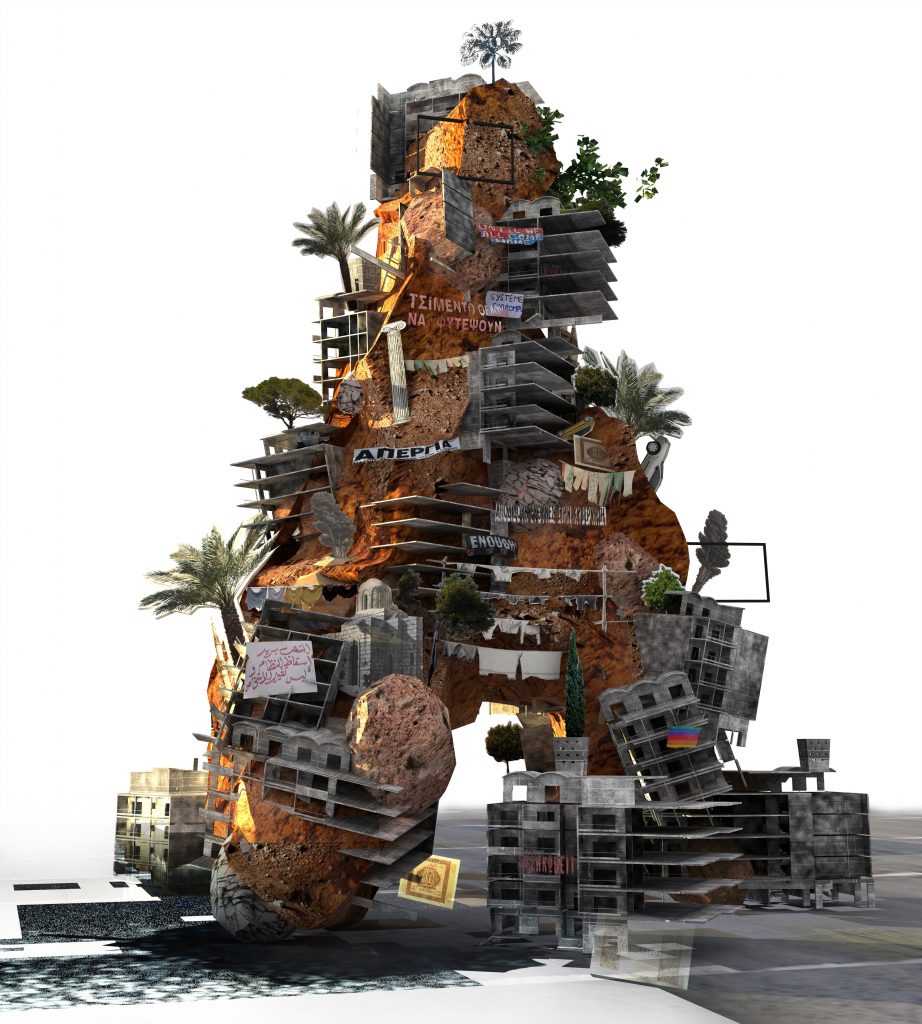 Andreas Angelidakis (born in 1968) lives and works in Athens. Trained as an architect, Angelidakis switches roles between artist, curator, architect and teacher.

His multidisciplinary practice often focuses around the internet, and the perceptive and behavioral changes it has brought about. Inspired by the city of Athens, his work often deals with the notion of ruin, be it ancient, contemporary or imaginary. The ruin becomes a vehicle for a building’s unfulfilled potential, powered by emotional, psychological or historical hallucination. Angelidakis has consistently challenged the expected end-product of architectural practice by reversing the representation to realization sequence of the production of buildings. He often starts with an existing building, producing models, films, ruins, installations or alternative histories, blurring fact and fiction, smoothing out the borders between the real and the virtual.