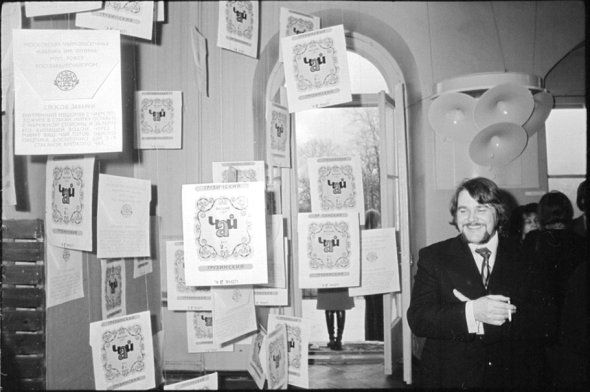 We cordially invite you to the finissage event of Estonian art exhibition “MEEL. VAHTRA. FARKAS_ idealist function” – a conversation with renowned Estonian artist Raul Meel. Conversation will be held in Russian and moderated by art historian Giedrė Jankevičiūtė.

Raul Meel (b. 1941) is called a living classic of Estonian art. He studied engineering and since the late 1960s, when he created so-called typewriting poetry, gradually made his way to the international neoavangarde scene. Due to his connections with the Western artists and the works that did not reflect the official ideology, in the Soviet times Raul Meel could not participate in the official art discourse and for a while was under KGB surrveilance. However, these circumstances did not stop his creative experiments, on the contrary – he was constantly searching for individual ways and means of expression. Raul Meel works inspired curator Maria Arusoo to create an exhibition in form of a dialogue with contemporary Estonian artists. In February 2015 the artist received the national Lifetime Achivement Award for Culture from the Government of the Republic of Estonia.

The conversation will evolve around these topics: working in the Soviet times, influences and cooperation with European avantgarde artists, invention of a typewriting technique, artist’s thoughts on contemporary art. These and other issues discussed with the artist could enrich our understanding of the novelty of his creative oeuvre in the XX century and explain his popularity in the contemporary art world.

“MEEL. VAHTRA. FARKAS_ idealist function” is on view until March 18. On Wednesday March 18 visiting of the exhibition is free of charge.

Image: Raul Meel next to his artworks in the exhibition Harku ’75. Objects, Concepts (1975).
Photo by Jaan Klõšeiko, source: www.tranzit.org