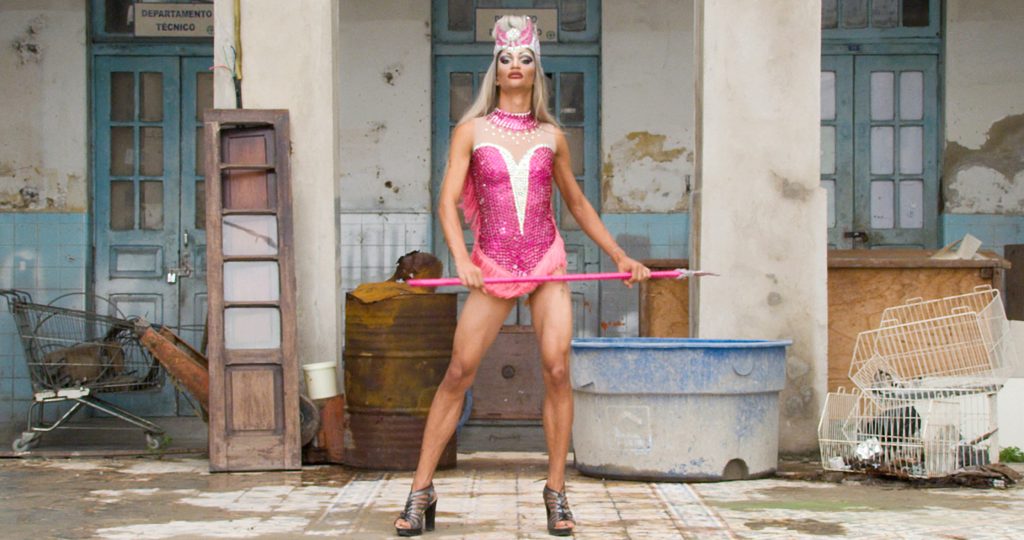 The film and video programme SET TO GO is comprised of works by up-and-coming Brazilian artists, many of whom have made an international name for themselves, paving the way for others to follow in their footsteps. Most were born in the 1970s and 1980s, living across the country whilst growing up as part of a society that was gradually recovering from the effects of civilian and military dictatorship (1964–1985). Their formative years were spent being watched by the hegemonic powers of what was considered then to be the ‘underdeveloped or developing third world’. This context was strongly marked by unstable government policies – a process that spawned a complex economic transition which saw the format of peripheral capitalism converted into the acclaimed global model of our time.

SET TO GO is divided into two parts. The first part: Northern Star puts together thoughts, manifestations and actions whose artistic aspects are confronted by the recent wave of conservatism sweeping the world. The works presented deal with the moral hangover that is taking hold of us, portraying conflicts of cultural interest such as questions of heritage, preservation, traditional identity, memory, and the comprehension of the body as territory. These are set against questions of the rise of commercial speculation, the violence of boundless gentrification and the emergence of an increasing unethical state and hostile view towards collective life. Space finds itself in ruins from all these sides, similarly with the deterioration of citizens’ rights.

The second part: Southern Light features films and videos that point to a new geography of future possibilities. These selected artworks are based on the presence of imagination as the main artistic substrate of their time, utopically presenting different natures of image manipulation. At times,they critically examine the alienation of aesthetical subcultures, and at others postulate new dimensions of sensitivity, corresponding to ideas and experimental working modes. The screening of this selection of works assumes an uncommon reality that runs, in a sense coherently, and in parallel to a critical distance kept from the widespread formulas of the ‘art for export’ paradigm.

Marcio Harum is curator of Visual Arts at Centro Cultural São Paulo (CCSP). In 2015, he has curated ‘Bambaísmo’, a solo show with Daniel Barclay at Luis Miró Quesada Room in Lima, Peru, and ‘Ordinary States of the Conscience’, a show with Michel Zózimo at Santander Cultural in Porto Alegre, Brazil. He has worked for ARCO Madrid as part of the curatorial committee for ‘Solo Projects: Focus Latin America’, and has presented ‘Tension Zone’, an exhibition by Hudinilson Jr. for the 31st São Paulo Biennale in 2014. He has directed (with Paola Santoscoy) SITAC XI ‘being-with-one-another’, the International Symposium on Contemporary Art Theory in Mexico City, 2013. Between 2009 and 2011 he coordinated a series of workshops focused on curatorial practices in Ibero-American context at the Cultural Center of Spain in São Paulo, Brazil. In 2009, he collaborated with the 10th Havanna Biennale in Cuba, and integrated the team of the ‘End of the World’ Biennale in Fire Island, Argentina, 2007. He was co-curator of the film programme of the 27th São Paulo Biennale ‘How to live together’ in 2006. He is one of the founders of Chão, an independent space in São Luís, Maranhão, Brazil, 2015.

With the support of: Lithuanian Council for Culture