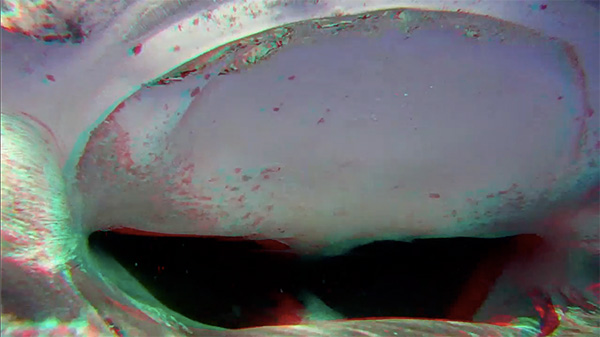 This event takes the format of an ambivalent wonder.

While drifting through immersive world views and celestial formations, a polyphony of voices disclose epidermal plateaus and disassembled neuronal systems. Cells mutate and transform into new entities, infinitely consumed by their own metabolisms. Decomposed minerals are rewired into new interchangeable units. The nerval subtraction of the skin deteriorates into drinkable liquid. Cosmology reiterates itself and existentialism is molecularly navigated.

Grotto-Heavens is the first act of a series of events included in Catastrophe Cabaret, a programme speculating about possible futures in an era of predicted extinctionism. Contesting the general pessimistic view that dominates the topic, this project takes the overlap of absurdism and science fiction as an essential catalyst working towards self-representation, leaving us with the following qualms:

How do we envision our bodies in the unforeseeable post-catastrophic material world?

How will we choreograph the cognitive sensoriality of the future?

Margarida Mendes has directed The Barber Shop project space in Lisbon since 2009. She has a Masters in Aural and Visual Culture from Goldsmiths College of Arts in London. Specific research interests include materialist philosophy, cybernetics and experimental film.

"Grotto Heavens" is a contribution to the programe of events of the pilot project of the XII Baltic Triennial, "Prototypes".