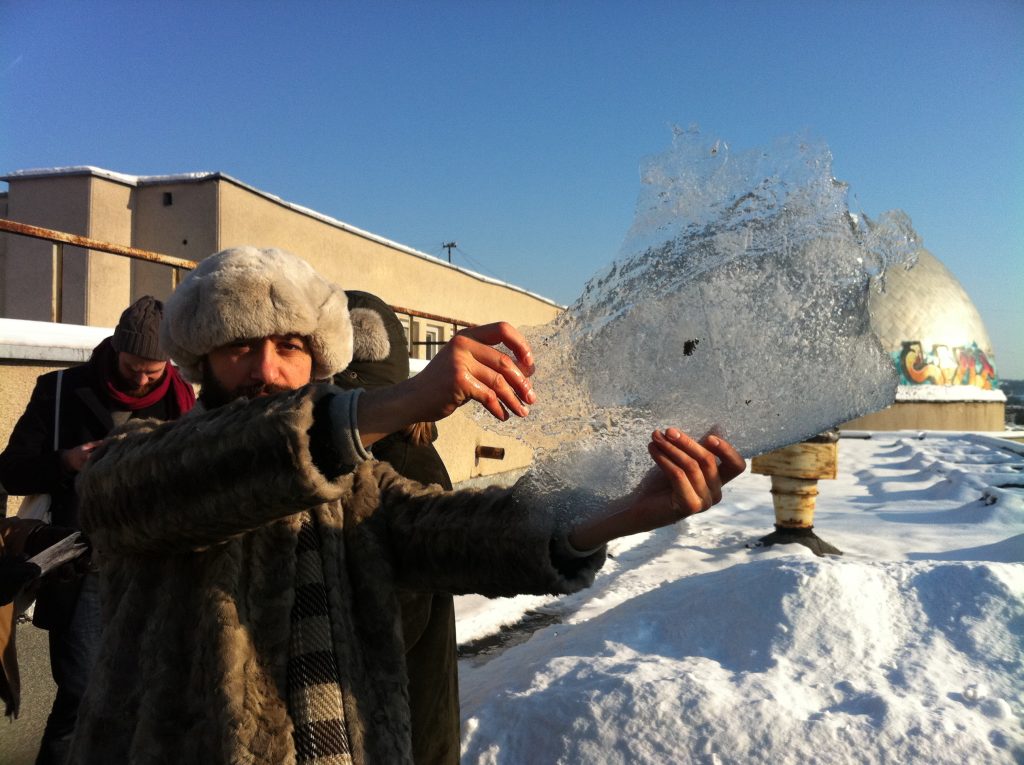 When I invite a player, the playing field is almost always a table. When the playing field is a table, it is usually square, sometimes a golden rectangle, but there have also been triangular tables, hexagonal ones, tables with two legs or legless. At other times, the table has just been a line.

Obviously, the players do not know the rules, and the game doesn’t know its own rules either, and so sometimes it takes quite a while for anything to happen. And so in each stage, the game seems rather chaotic. In general, you try to respond to the other person’s objects; you often end up just dealing with the damage. You thump things down, screw them in, cut and sew them back together. Like every game, this one also has an end, but since the rules do not exist, or rather, reconstruct themselves differently each time, the reason for everything finishing depends exclusively on the players, on how well they have understood the game and its rules. The understanding and creation of the rules takes place in the same immediate time frame as the game, because it is created as it is understood, the same way you draw things as you draw, never beforehand.

The event is part of the exhibition Comrades of Fear and Wonder. Please find more information about the project here: http://cac.lt/en/exhibitions/future/5613

Partner of the project: Lithuanian National Opera and Ballet Theatre.

The exhibition is supported by the French Institute, Vilnius.

The exhibition has been carried out within the framework of Survival Kit with the support of the Culture 2007–2013 programme of the European Union.