Molla Nasreddin: Embrace Your Antithesis. Lecture-performance by Slavs and Tatars 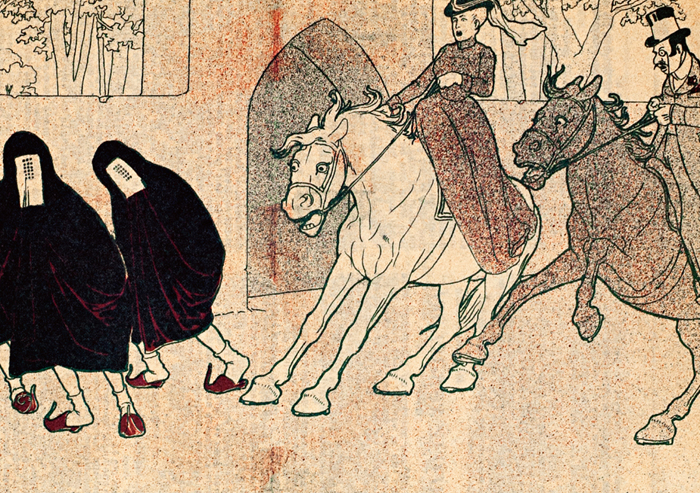 Arguably the most important periodical of the Muslim world in the 20th century, Molla Nasreddin: the magazine that would’ve, could’ve, should’ve was a legendary Azerbaijani periodical, featuring illustrations reminiscent of a Daumier of the Caucasus. Molla Nasreddin was read by an audience that stretched from Morocco to India, and addressed issues such as gender equality, education, colonialism, and Islam’s integration of modernity – all of which remain as relevant and pressing today as when the magazine was first published a century ago. Molla Nasreddin: Embrace Your Antithesis includes a discussion of the book’s historical context, a case study of the complexity otherwise known as the Caucasus, the figure of the antimodern, and the issue of self-censorship a century ago and today.

Slavs and Tatars is a faction of polemics and intimacies devoted to an area east of the former Berlin Wall and west of the Great Wall of China known as Eurasia. The collective’s work spans several media, disciplines, and a broad spectrum of cultural registers (high and low). The collective’s practice consists primarily of three activities: exhibitions, publications, and lecture-performances.

Events will be held in English. Admission is free of charge. For more information and RSVP for the reading group session: [email protected]

Events are part of the project The Book to Come. The Book to Come is developed by Bulegoa z/b and by CAC Vilnius as part of Corpus, network for performance practice. Corpus is Bulegoa z/b (Bilbao), Contemporary Art Centre (Vilnius), KW Institute for Contemporary Art (Berlin), If I Can’t Dance, I Don’t Want To Be Part Of Your Revolution (Amsterdam), Playground (STUK Kunstencentrum & M-Museum, Leuven), and Tate Modern (London): www.corpus-network.org.

Corpus is co-funded by the Creative Europe Programme of the European Union.
The presentation of the project The Book To Come at CAC Vilnius is supported by Lithuanian Council for Culture.