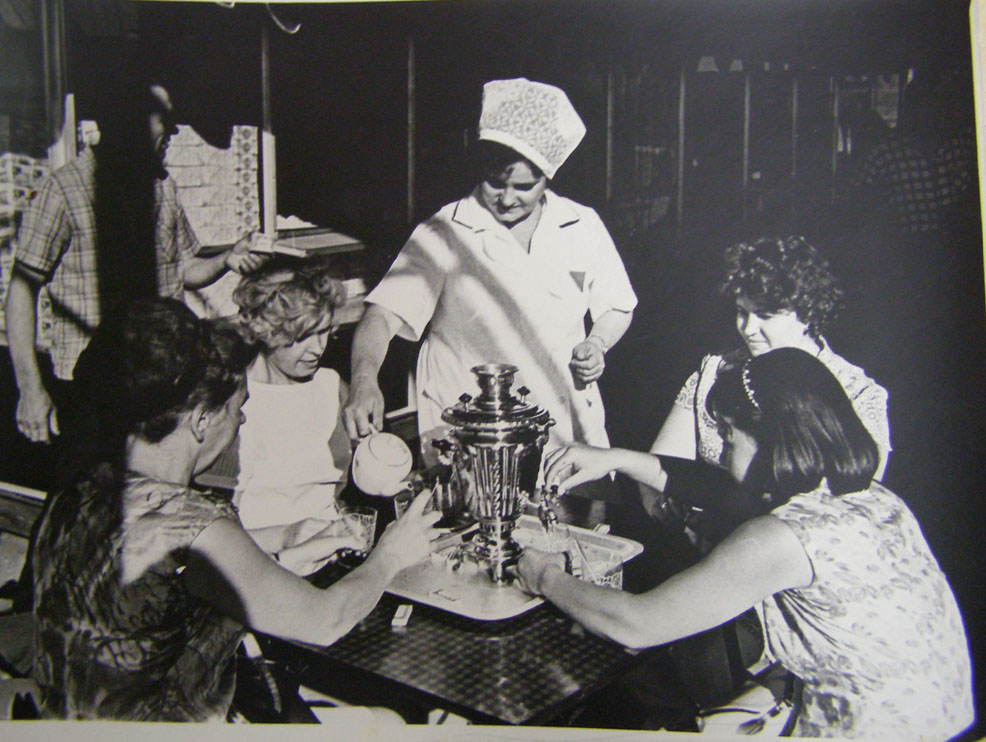 This presentation will focus on the metamorphosis of soviet era canteens as representative and ideologically bounded social and cultural spaces. The talk will be based on a study of soviet public eating habits in the late-1950s (including archival research and interviews) and a reflection upon the present state of canteens in Russia. Acknowledging the common histories as well as different ecologies of soviet obschepit, Oksana Zaporozhets will talk about the realization of the basic ideological principals within the everyday life of canteens in Russian provincial cities.

Canteens will be described as specific public places ideologically constituted as ‘places for refueling not socializing’. The consequence of this mono-functional orientation of canteens, declared in the official documents, and shaped by their spatial organization, temporal regimes and strengthened by the privileged position of the canteen’s staff, was the regulation and manipulation of the socialization of the urban populace, who were intentionally linked by their profession than to their ‘friendly’ peers. And the range of functions that the canteens could fulfill were strictly limited (no parties). Despite the strict regulation, everyday practices violated some rules especially in ‘staff-customer’ communication: flirting, gossip, and salesmanship were commonplace.

Nowadays, the long-lasting effects of soviet obschepit might be experienced in thematized ‘areas of nostalgia’ or [re]visiting canteens that still operate on soviet principles. The presentation will include photos from Russian archives and newspapers of late-1950s canteens (both as ideal and in operation

Oksana Zaporozhets is a participant in the Laboratory of Critical Urbanism (European Humanities University, Vilnius) and an Associate Professor in the Sociology Department, Samara State University, Russia.

Zaporozhets’ lecture is held in relation to the ongoing visual research of contemporary Lithuanian canteens by Indre Klimaite, presented in the Vilnius COOP: gaps, fictions and practices project in a photographic series, a Vilnius and Kaunas canteen guide, and weekly Thursday lunch excursions to Vilnius canteens.