Opening of ‘The Painting Show. Recent Painting from the United Kingdom’ this Friday 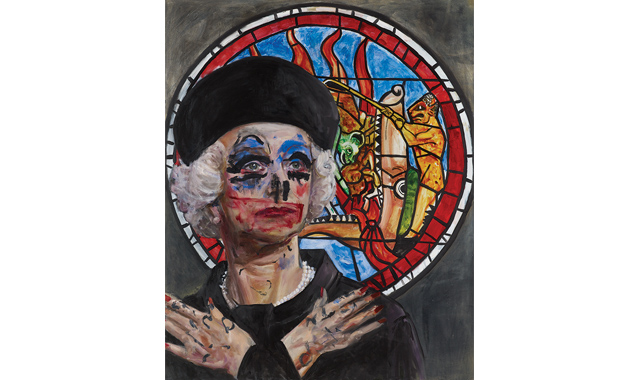 Exhibition opening: Friday, January 22 at 6 pm with performance Kim do the V by Sue Tompkins

The underlying narrative of The Painting Show is inspired by the foreword in Unlawful Assembly (2013) – a book written by artists Lucy McKenzie and Alan Michael. This text proposes that the meticulous plot constructions of crime novels, designed to lead the reader on a journey that questions the stability of truth and fiction, are representative of the way in which a particular demographic of painters manipulate their medium, its history and the audience’s understanding of it.

The artists have been selected because of the different ways in which they can be perceived as manipulating their own individual status as a painter; be it by denying the romanticism imposed upon the act of painting, aping historical styles to communicate personal agendas, aggravating the museum collection by inserting subversive figures or rejecting and manipulating the male gaze.

Exhibition is organized by the British Council and Contemporary Art Centre, Vilnius
Supported by the Lithuanian Council for Culture