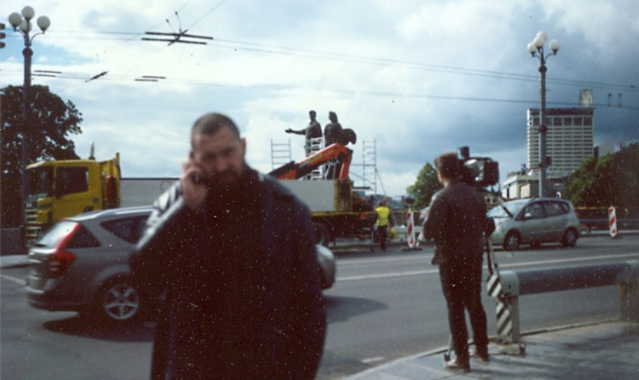 The Contemporary Art Centre in collaboration with Kleopas’ Society is pleased to present a solo show by Juozas Laivys, an artist who reportedly suspended his creative practice last year. The show has an intriguing title: ‘The Tactic of Dispassionate Viewing in a Space of Unbridled Perception or How to Fix Teeth’. This is set as a platform to review certain contemporary art contexts which are important in shaping concepts of contemporaneity, authenticity, and cultural value.

Although since 2006 Juozas Laivys settled in a small village of Narvaišiai to lead farmer’s life, he stayed one of the most active Lithuanian artists to have exhibited internationally. This show will be the 95th public presentation of his work, and is the first exhibition to follow his show last year titled ‘Farewell to the Public’, which was marked by his announcement to cease from making any more artworks over the next fourteen years. Instead, Laivys had opted to live life like the famous post-impressionist painter Paul Gauguin, but as if Gauguin had never become the author of any well-known masterpieces, and had in fact abandoned painting.

Throughout his work, Laivys continually manipulates established roles and relationships within the contemporary art field. This exhibition is yet another platform to experiment with new posts and positions, creating further links—between authorship and authenticity, art history, new art practices of art and post-production, the institution and curatorship—that are hereby left to unravel before the audience.

Kleopas’ Society was founded in 2012 by Laivys and one of his artworks titled Kleopas. The society, responsible for administrating the archive of Laivys’ works, lent twelve of his pieces towards this exhibition, and also initiated the selection of its curator to be chosen from among several curatorial students. Out of these seven position candidates, the society elected Neringa Krikščiūnaitė who was introduced to the format of Laivys’ show where she could select which title and twelve pieces to be in the exhibition.

According to Laivys, ‘this is a show which fundamentally rejects the role of the artist as a social agent who actively reorganises the environment, because such way of acting would be too close to a totalitarian point of view. The exhibition operates as a proposal for you to stop thinking in the framework of a grand strategy, and to enjoy the possibility art provides you with of seeing and grasping things in your own way… And if your curiosity is still somewhat unsatisfied, close your eyes and see things another way; like you would do at the dentist, leaving yourself without the slightest chance of telling how your teeth should be fixed.’