Opening of Vytenis Jankūnas exhibition ‘Stuck on the Train’ 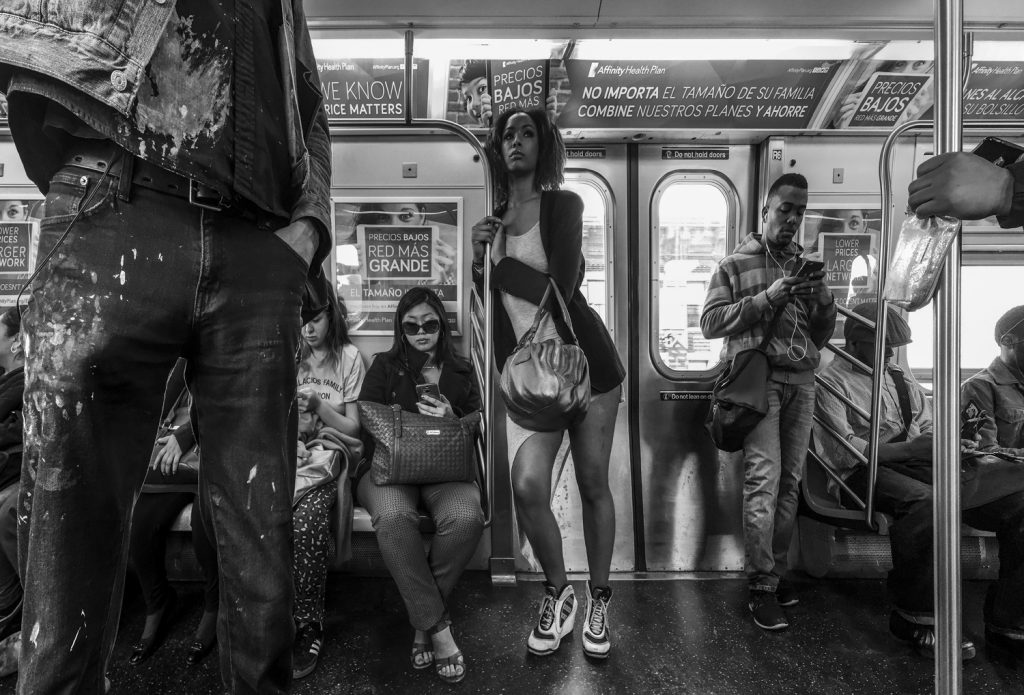 Solo exhibition of Vytenis Jankūnas features photographs made by the artist while travelling through New York via the subway – from Queens to Manhattan. He uses the same route almost daily on the train line he favours – “J2”, incognito taking pictures of the accidental travellers. At first sight these photographs appear to be simple documentation of his journeys, while their aesthetics and the print technology create an illusion of classical photography. In reality every image has been created using a method of multiple exposure – the single image has been digitally composed from between several and dozens of different shots. The artist composes several of these multilayered images on the same sheet, in this way complexifying the perception of time and situation. Time becomes yet another traveller of this train and alongside the author of the photographs wonders through the images: it stops, vanishes or reappears in the little details of the image.

Vytenis Jankūnas (b. 1961) is a Lithuanian artist who has been living in New York for the past 20 years. He graduated from Lithuanian State Art Institute in 1985 and was an active member of the Lithuanian art scene throughout the 1990s, a member of the artists’ groups “1” and “School of New Communication”. He is exhibiting his work in United States, Lithuania, Germany, Sweden, Finland, Hong Kong, France, United Kingdom and other places. His works are also a part of collections of Lithuanian Art Museum and National M.K. Čiurlionis Art Museum.

Exhibition partner:
Embassy of the Republic of Lithuania to the United States of America

Supported by:
Ministry of Culture of the Republic of Lithuania, The Lithuanian Council for Culture