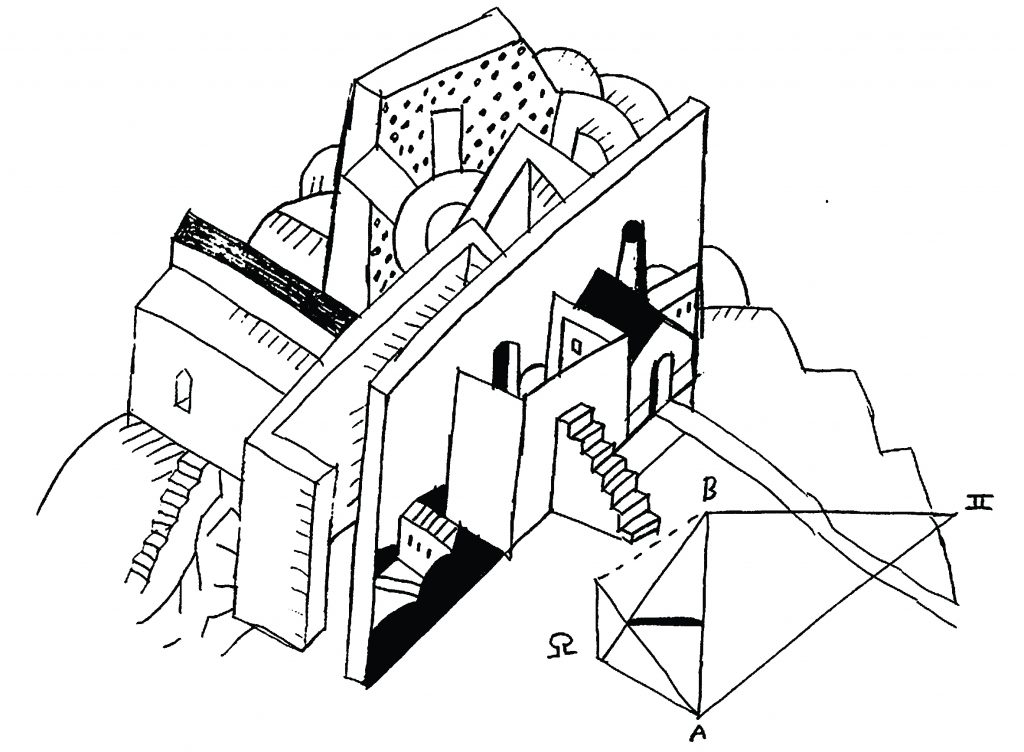 WHAT IS AN ARTWORK TODAY CAN BE SOMETHING ELSE ENTIRELY TOMORROW – this sentence, picked out from an interview with the artist David Bernstein, is at the very heart of the forthcoming Baltic Triennial. The idea is not new: how we perceive an artwork and what we expect of it changes in time. Things get forgotten, switched around and we end up looking at the wrong end of a musical instrument or playing a painting back to front. Sometimes, however, that’s on purpose: a composition decomposes, a song becomes a mood, a sculpture – a model, and a drawing – a letter. Are we then to talk about uses of art or rather about the art of uses? Or better skip art at all? Well, let’s find out.

This year’s Triennial will focus on the Baltic more than the previous editions, on the geographical region, its culture and the sea. It is a decidedly transdisciplinary event that, in its own motto of sorts ("what is an artwork today…") is mainly interested in the "something else". The exhibition opens up a range of topics and their couplings including influence, exchange, materiality, and impact. It’s primarily an exhibition at the CAC, but the programme of events – talks, launches, presentations, classes and performances – spanning six weeks will expand behind the scenes.

4pm at the tennis court café of Bernardinai Garden
How to Clone a Mammoth (in Three Voices and with a Fisherman’s Exaggeration) – a reading afternoon based on writings by Valentinas Klimašauskas.

6pm at the CAC
Opening of the exhibition with the performance DVD by Robertas Narkus and a lecture in songs Be as It May (2014) by Perrine Bailleux.

4pm at the CAC
Your Voice Doesn‘t Need You: a workshop on breathing and voice with Perrine Bailleux

6.30pm at the CAC Cinema
The Pharmakon: the first in a series of events taking place over the telephone The World in Which We Occur, curated by Margarida Mendes and Jennifer Teets. Speakers: Barbara Orland, Carolina Caycedo, Pedro Neves Marques.

8pm at the CAC Cinema
Videoperformance Umstuelpung: a part of the project Cryptocurrency Fairytale by Brud

4pm at the CAC
Your Voice Doesn‘t Need You: a workshop on breathing and voice with Perrine Bailleux

6.30pm at the CAC Cinema
Molecular colonialism in the reign of microorganisms: the second in a series of events taking place over the telephone The World in Which We Occur, curated by Margarida Mendes and Jennifer Teets. Speakers: Stefan Helmreich, Fran Gallardo, Jenna Sutela

Throughout September and October the programme of events will continue with BRUD’s crypto-currency fairytale; lectures by Post Brothers and Adam Kleinman; a series of phone conversations curated by Jennifer Teets and Margarida Mendes (‘The World In Which We Occur’); advance presentations by The Baltic Pavilion created for the 2016 Venice Biennial of Architecture; parallel educational programmes developed with artists Gediminas and Nomeda Urbonas (part of the Zooetics Pavilion of Ballardian Technologies presented at the exhibition in collaboration with Kaunas Technical University), Jay Tan, Perrine Bailleux, The Oceans Academy of Arts and the CAC’s educator Audrius Pocius. A parallel series of lectures and seminars will be organised at Vilnius Academy of Arts.

Contributions that will stay in the shelves of the CAC Reading Room: selections curated by Chris Kraus & Hedi El Khoti and Post Brothers.

The Triennial’s pilot programme in 2014 included opening up the CAC staff kitchen for public events, a semester of interdisciplinary seminars at Vilnius Academy of Arts (both co-organised with Aurimė Aleksandravičiūtė and Jonas Žakaitis), the exhibition ‘Work-in-PrOgress’ arranged by Dexter Sinister and their incantation/talk ‘The Last ShOt Clock’, and the group exhibition ‘Prototypes’. After the Triennial closes in Vilnius on October 18, 2015, its other iterations will be presented in various scales and formats at Bunkier Sztuki Contemporary Art Centre in Krakow (November 25, 2015 – January 31, 2016, curated with Aneta Rostkowska) and "kim?" Contemporary Art Centre in Riga (March 18 – May 8, 2016). The project will conclude with a gathering on an Estonian island in the Baltic in the summer of 2016.

Click here for information about the Triennial’s pilot projects.