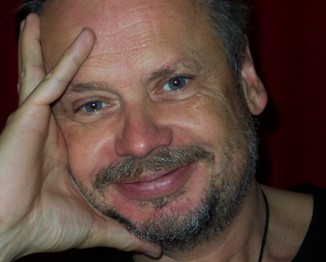 The fall of communism in Europe in 1989 was one of the factors that supported rethinking art history. Events in Eastern Europe also coincided with the collapse of the apartheid in South Africa, fall of authoritarian, military regimes in South America, and dramatic increase of interest in the post-colonial studies, as well as global economy. The point of departure of the lecture “Writing Art History After 1989” is the assumption that “Global Turn” in art and culture is strongly related to historical processes that could be observed in the entire world since 1989. Piotr Piotrowski will discuss several issues that create the historical context of writing art history after 1989: the question of the post-communist and post-totalitarian conditions as global; the relationship between the post-communist and the post-colonial and its’ impact on writing the art history.

Piotr Piotrowski (b.1952) is Professor Ordinarius of Modern Art History at Adam Mickiewicz University and was a director of the National Museum in Warsaw in 2009-2010. Among his interests are social and political history of modern and contemporary art in Central and Eastern Europe. His recent books include: Avant-Garde in the Shadow of Yalta. Art in Central-Eastern Europe, 1945–1989 (2009); Art after Politics (2007); Grenzen überwinded [Conquered Borders], co-edited with Katja Bernhardt (2006); and Meanings of Modernism. Towards a History of Polish Art after 1945 (1999). In 2010 Piotrowski has received Igor Zabel Award for Culture and Theory. He lives and works in Poznań and Warsaw.

The lecture will be held in the framework of the European Humanities University (www.ehu.lt) course “What the Party didn’t Teach: Unofficial Internal and International Art Practices in Eastern Europe and Belarus from the Thaw till Perestroika”, supported by ERSTE Stiftung and WUS Austria programme “PATTERNS_lectures”.

This lecture will be held in the framework of the EHU course “What the Party didn’t Teach: Unofficial Internal and International Art Practices in Eastern Europe and Belarus from the Thaw till Perestroika”