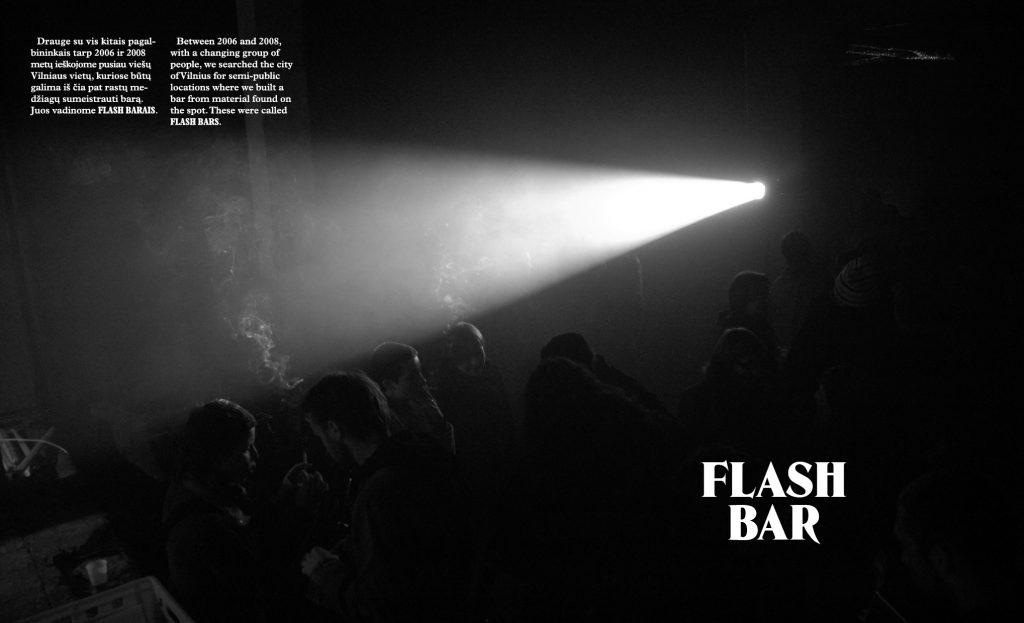 The title “Flash Bar” describes a series of events created especially for Vilnius by the Swiss photographer Mirjam Wirz. In between 2006 and 2008 together with Augustinas Beinaravičius, Julija Goyd and a changing group of others she was searching for semi-public locations in Vilnius where they would build a bar from the material found on the spot. The idea to invite people to those places, such as the abandoned cab centre, the freshly privatized soccer stadium or one of the last unlocked stairwells of all centrally located apartment buildings, started with discontent with recent changes in organization of public space in Vilnius and the new restrictions imposed on it – the changes that have roughly coincided with the country joining the EU. “The chaos slowly gave way to the streamlined organisation of public space, and not in a way conducive to society. It’s the same all over the world, and it’s annoying everywhere,“ writes Mirjam Wirz. It did not take long until those who have been to a Flash Bar at least once started suggesting new locations for it. The bilingual publication documents six Flash Bars that mark a distinct moment in the history in the city‘s history.