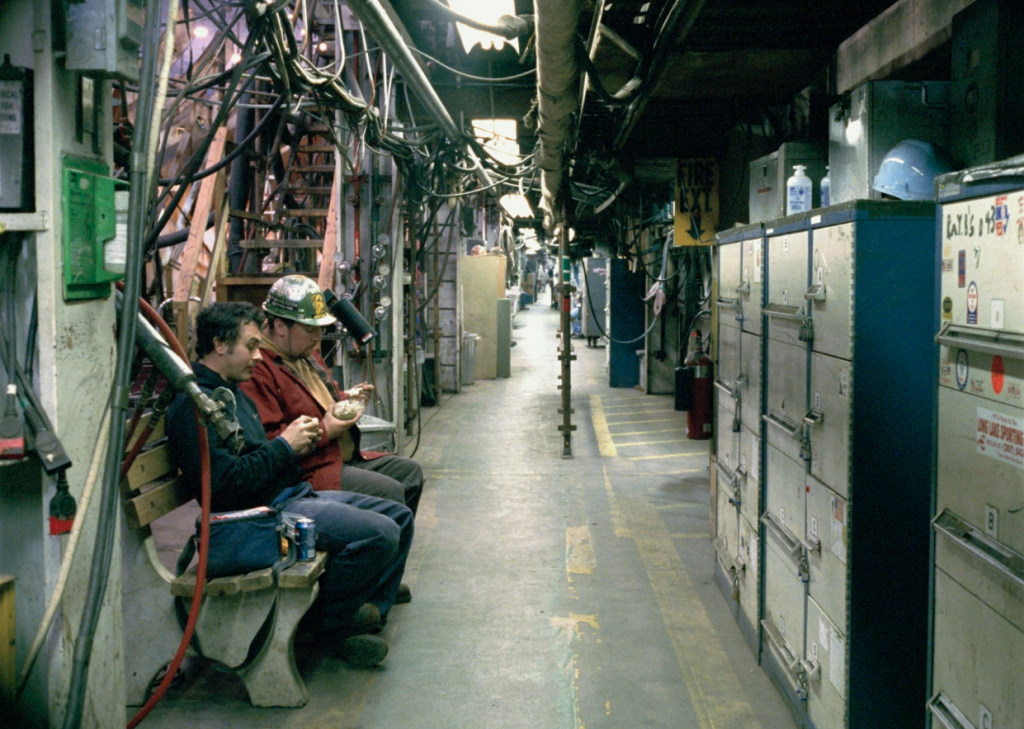 An American artist Sharon Lockhart’s solo show Rudzienko is on view in the Main Hall at The Contemporary Art Centre, Vilnius (CAC) from February 8, 2019. The exhibition is accompanied by the selected program of artist’s films screened at The CAC Cinema hall. In these films Lockhart focus her attention on the subjects of childhood, adolescence as well as labour and rest, and, characteristically, puts on hold the distinction between film and photography, art and ethnography. Static camera, well-thought compositions, and the sense of passing of time – these are essential features of Lockhart’s cinematographic look at people and the spaces they inhabit.

Sharon Lockhart’s film Podwórka takes as its subject matter the courtyards of Łódź, Poland and the children that inhabit them. A ubiquitous architectural element of the city, Łódź’s courtyards are the playgrounds of those that live in the surrounding apartment buildings. Separated from the streets, they provide sanctuary from the traffic and commotion of the city. In six different courtyards throughout the city of Łódź, we see parking lots, storage units, and metal armatures become jungle gyms, sandboxes, and soccer fields in the children’s world. Podwórka is both a study of a specific place and an evocation of the resourcefulness of childhood.

It was during the production of Podwórka that Lockhart first met a young Polish woman named Milena. Keeping in contact over the years, Lockhart and Milena came to be friends and collaborators.

Sharon Lockhart’s film Rudzienko was shot over two years in collaboration with the residents of the Youth Center for Sociotherapy in Rudzienko, Poland. Building on the relationship she established in 2009 with Milena, who later moved to the center, Lockhart conceived of a series of workshops to empower the young women. The group worked together to develop dialog and movements to be enacted on camera based on their collective activities. The resulting film features a range of conversations, from the philosophical to everyday teenage concerns, and depicts actions both theatrical and mundane that voice the girls’ rich humanity.

For the Lunch Break series of works, Lockhart spent the last year looking at the lives of workers in Maine’s Bath Iron Works. LUNCH BREAK features 42 workers as they take their midday break in a corridor stretching nearly the entire shipyard. Over the course of the lunch break we see workers engaged in a wide range of activities – reading, sleeping, talking – in addition to actually eating their midday meal. The soundtrack is a composition designed in collaboration with composer Becky Allen and filmmaker James Benning, in which industrial sounds, music, and voices slowly merge and intertwine. Together, picture and sound provide an extended meditation on a moment of respite from productive labor.

“Exit” was filmed over the course of a five-day workweek. Each of the five takes that comprise “Exit” show the seemingly endless procession of workers leaving the “Bath Iron Works” at the end of their shift. Each take starts with a title card stating the day of the week, and then begins a daily routine. Reminiscent of Louis Lumiere’s film “Leaving the Lumiere Factory”, “Exit” emphasizes the flow of time and the nuances of daily experience.

Twice a day, the female clam digger drags the heavy sled she uses for her work onto the mudflats. Once when the sun lights up the landscape at dawn and a second time when it renders it in glowing colors at sunset. “Double Tide”, Sharon Lockhart’s fourth film about work (after “Nō”, “Lunch Break” and “Exit”), introduces us to a form of labor most of us are as little aware of. The depiction of a physically demanding job bonds strangely with the poetic images of the landscape.