The Book To Come. Session I 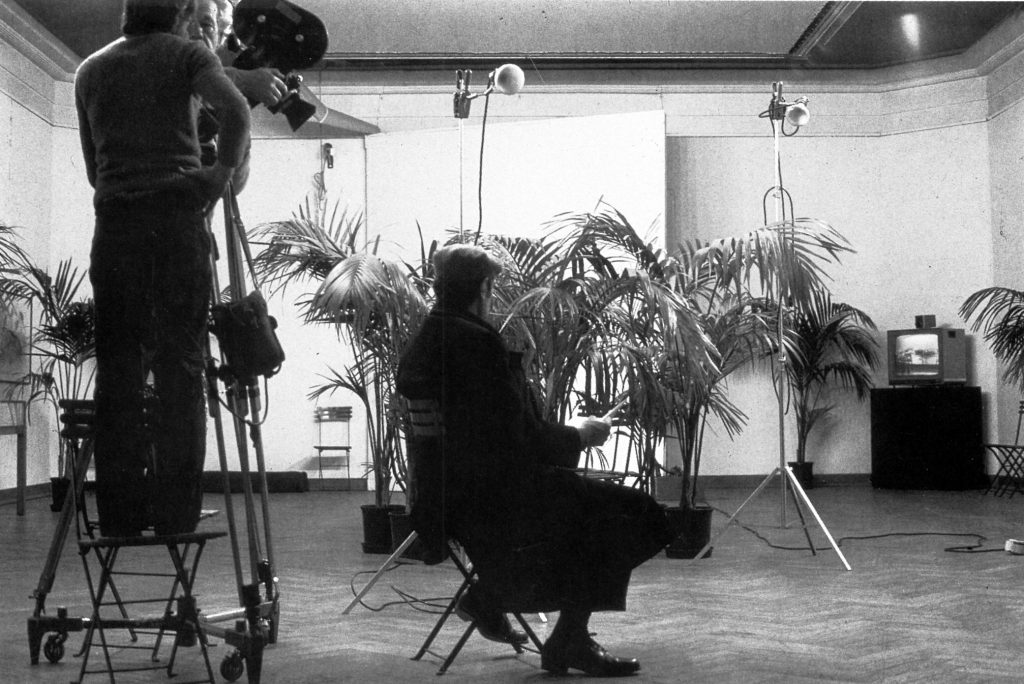 First session of The Book To Come:

The Book to Come will consist of public talks, events and screenings accompanied by a reading group spanning November 2015 – April 2016. The project has been developed by Bulegoa z/b in collaboration with book designer Filiep Tacq and is co-hosted by CAC Vilnius Reading Room. It takes as it’s starting point five books by Marcel Broodthaers, which the artist conceived as autonomous artworks, and aims to explore the book as a living entity. The titles consist of: Pense-Bête (1963-1964), Un coup de dés jamais n´abolira le hazard (1969), MTL (1970-1972), Un voyage on mer du nord (1973) and L’Angelus de Daumier (1975). Each of these touch on aspects of books, such as how they relate to other art forms (sculpture, poetry, exhibitions, film, painting) or the production processes involved in making them (technical, material, institutional, negotiation with others).

I see Marcel Broodthaers’ books not from an art historian’s viewpoint, but from that of a graphic designer who works with artists on their publications. Also from an ‘amateur’ position – highly valued by MB. I have worked over the years on publications by the artist with his wife Maria Gilissen, and discussed them with other admirers.

MB’s work interests me because he uses the different parts of the production process of a book to question the medium through its own limits. MB uses resources from the way a book is made (type of paper, binding, black and white or colour printing, typography) to analyse its possibilities as an art object.

Because of a growing interest in MB’s work, access to his publications, which are mostly held in museum collections, is difficult. This is why I want to talk about them – to open them up again.

The title of the project alludes to a chain of citation. The Book to Come takes its name from a book by Maurice Blanchot from 1959 (Le Livre à venir), whose subject is another book by Stéphane Mallarmé, Un coup de dés jamais n´abolira le hazard (1914). Broodthaers responded to Mallarmé in 1969 with a work of the same title. Jacques Derrida, in his 1997 lecture “The Book to Come” proposed we consider the future of the printed object at a time when technological developments were announcing profound changes in our ways of reading and writing.

Decades later these changes are fully underway, and the project The Book to Come aims to explore the performativity of books. Some of the issues it will consider are the relationship between reading and writing, image and text, matter and the immaterial, the living and the inert. It also intends to question the idea of the future the project refers to: any book is by nature a stable object, perpetually awaited, perpetually awaiting; always to come. A book is made up of printed sheets of paper bound into a volume, and is a stable object, not inert matter; a place for producing lived experience. It holds spaces, times and movements waiting to be activated.

Reading sessions will be lead by different guests whose selected readings and topics will relate to the book as a specific medium for artistic practice. The texts will be sent out to participants in advance of each reading session. The requirement to participate will consist in reading the texts before each session, which should be attended in a participatory spirit.

The second session on the 11 – 12th December 2015 will be hosted by NERO publishing and curatorial platform (Rome, IT).

Events will be held in English. Admission is free of charge.
RSVP is required for the Reading group session. Please, contact: [email protected]

Bulegoa zenbaki barik is an office for art and knowledge founded in 2010 in Bilbao and committed to developing research and discussion. It is a collaborative initiative created around a common interest in processes of historization, cultural translation, performativity, the body, postcolonialism, social theory, archival strategies and education. Bulegoa z/b is a platform inspired by the desire to bridge the gap between practice and theory. Its aim is to build a space of sustained discourse and hybrid situations where debate, discussion and exchange of ideas can take place and artistic projects can be materialized. To achieve these objectives, the office organises seminars, presentations, screenings, performances, talks, conversations and other activities. Members of Bulegoa z/b are: Beatriz Cavia, Miren Jaio, Isabel de Naverán and Leire Vergara.

The project The Book to Come is developed as part of Corpus, network for performance practice. Corpus is Bulegoa z/b (Bilbao), Contemporary Art Centre (Vilnius), KW Institute for Contemporary Art (Berlin), If I Can’t Dance, I Don’t Want To Be Part Of Your Revolution (Amsterdam), Playground (STUK Kunstencentrum & M-Museum, Leuven), and Tate Modern (London): www.corpus-network.org.