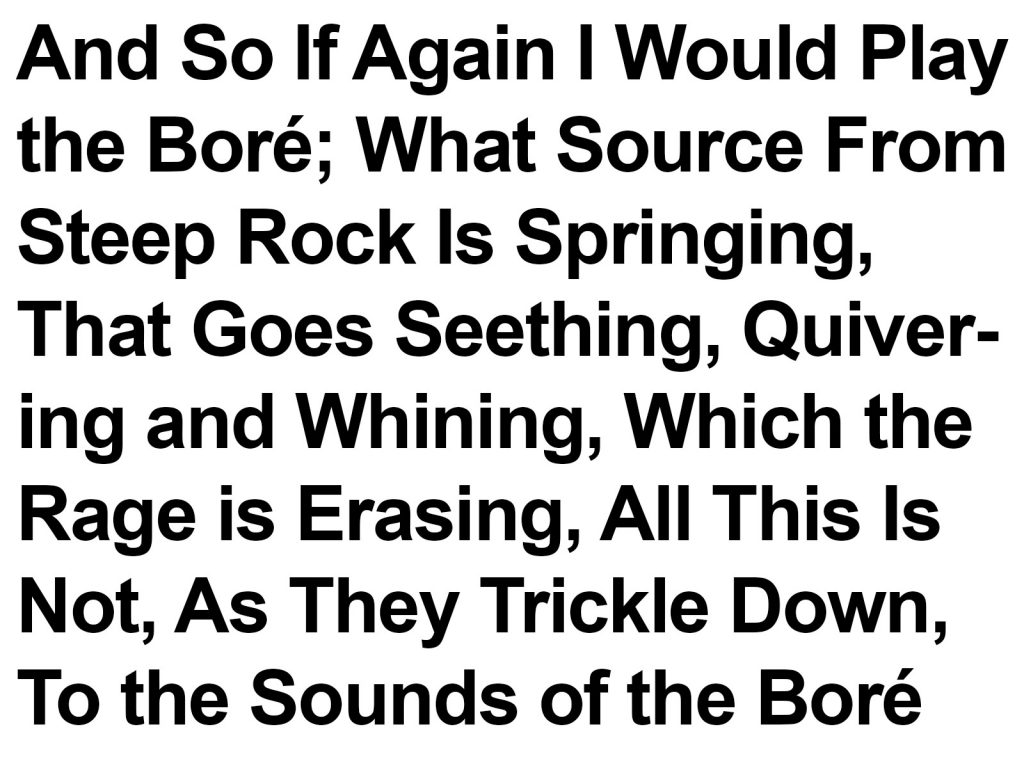 FROM JUNE 16th TO JUNE 24th: A private appointment-only performance piece by artist Oliver Bulas, titled "And So If Again I Would Play the Boré; What Source From Steep Rock Is Springing, That Goes Seething, Quivering and Whining, Which the Rage is Erasing, All This Is Not, As They Trickle Down, To the Sounds of the Boré.“

Please choose an appointment between June 16th and June 20th, Tuesdays until Sundays, 12:00 – 20:00h and write your preferred time to: [email protected]

This letter had been traveling some time to its splendid addressee. I would like to use this wave of information for further concerns.
I am sending this advice across the sea. Full of hope I am presenting to you this invitation. It will not be sufficient to kidnap you with the blink of an eye out of the dark.
Please accept herewith my invitation to our own endeavor. It is maybe confusing to speak already of ‘us‘. But I am serious about aiming to understand about the haze in-between. Someone could tell a joke inside this nebula. You are welcomed into the fibers of the moment: I am inviting you on a journey.
At times I will be serious about moving the curtain of fog. Other times I might turn whimsically to you. Or we will be oscillating in the imitation of a confused continent. It would be possible to perceive it as an elegant reminder and maybe it will turn out we do not know much about how to usher an endeavor of such extent.
I would appreciate the exuberant benefit of meeting you. We would come to rest at a distant low light or watching the world from behind a sheet of glass…
My dear friend, do you understand how to share the twilight?
I remain within exuberant darkness,

Oliver Bulas’s performance “And So If Again I Would Play the Boré; What Source From Steep Rock Is Springing, That Goes Seething, Quivering and Whining, Which the Rage is Erasing, All This Is Not, As They Trickle Down, To the Sounds of the Boré“ is a situation created through the administration of time and space by the means of disciplining, but also its opposite, by dislimitation. His material is initially not acting but the conditions on the spot: the social fabric, physical elements, atmospheres and actions. The performance is location-specific and can negotiate a given situation through the combination of set materials. Any given action can entangle certain contradictions that are inherent in the situation and thus initiate a process, sometimes a transformation. Bulas researched the way people cross boundaries to work around existing rules and conventions. Through cunning, lying and charming, social actors are able to install their own sets of rules within the rules of the public and therefore gain agency within these power relations. His performance engages in language, imitation and seduction. (Presstext: Y Gallery, New York)