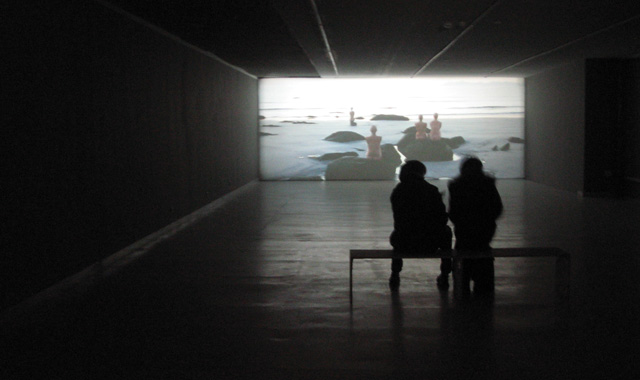 ‘Art is not about the painting itself.
Art is about the world outside the painting.’
­­­— A K Dolven, Carnegie Art Award catalogue 2003

A K Dolven’s work is not confined to one medium, and the artist equally embraces painting, film, video and photography.
The title for A K Dolven’s new series of paintings is can women think, indicating that for A K Dolven abstract paintings are also political.
She uses oil on aluminium for her large-scale works, which have traces of abstract forms. With their large and extremely light surface, she forces the viewer to see what is outside the edge of the work. There is a minimal aesthetic and an absence of narrative. The paintings do not have a static presence. Affected by the light, their appearance changes with the shadows and reflections. The works intrude space in a quiet way while strengthening our observation of the surroundings.

‘What a lot of the works share, however, whether they are shot with a camera or painted on aluminium, is a sense of exploring the edge of the frame. The way that I use the frame in videos is similar to the way I would use the four sides of a painting. This is not just a formal matter: I am interested in what we see in the work, in how you touch the edge, but also in how it touches upon an unseen element, an element of the imagination which exists outside the frame. With painting, you have to give yourself time to see, in a film time is given to you, it is served up in a different way.’
— A K Dolven, in an interview with Elle Carpenter in the catalogue it could happen to you 2002

This minimal aesthetic and the absence of a narrative is a predominant feature in A K Dolven‚s work, and provides a link between the video/film works and the paintings. The films in the exhibition confront the viewer with the strength but also the vulnerability of the human body and mind, and this basic dichotomy is played out in two different settings:

All films are shot in real time either video or 35 mm film. They are unedited and the average length is about four minutes long. One film will be shown as a large scale 35 mm projection (10 meters wide). The others will be shown as 35 mm film on DVD.
The notion of the timeless and eternal nature of the outdoors is played out in two works:

between two mornings is filmed with a static camera on Lofoten Islands, north of the Arctic Circle, at the magic hour of sun without shadows, midnight 22nd July. The work presents a scene of compelling archaic beauty infused with the eerie potency of a remembered dream. Four strangely androgynous bodies, statue like and apparently limbless, disrupt in their stillness an idyllic and timeless landscape. These motionless figures, nA Ked and hairless, are perfectly perched on large dark boulders facing the sea. One torso is seated close to the shore, a couple share a rock further back and the fourth occupies a large boulder close to the viewer. A few objects litter the sands: books, mirror, necklace and lipstick, linking the figures to the sense of the everyday and contemporary which their otherworldliness seems to deny.
between two mornings is a film installation. It is displayed as a wall to ceiling 35mm film projection. A projector sits on top of a steel frame, which raises its lens to the centre of the screen. The film is threaded through a purpose built construction with a loop mechanism. Although the film is mute, the work is accompanied by the sound of the projector.

moving mountain was filmed on a bird island in Røst, Norway, 68.2º north. The sound, loud and distressing, is that of a cacophony of screaming birds. The camera is fixed on two women that stand facing a foreboding landscape. Their heads, one blonde one brunette, fill the lower bottom corners of the image. Like book ends they frame the mountainous cliff that towers above them. As the fog gradually lifts more and more birds are revealed flying in and out of the cleft of the rock face.
moving mountain is displayed as a wall projection inside a room sized box. The floor slopes up towards the image, which reflects back onto the room’s gloss white interior.

The notion of the intimate and private space of the indoors is played out in five works. Four of them will be displayed inside a cube located in the entrance hall. The fifth is situated behind an existing door in the exhibition space. Each piece is installed to manipulate the position of the viewer so we come to observe the work in a specific way.

In The Meal, six people are having a dinner in a domestic setting. At first glance, this appears to be a normal family meal: a mother feeds her small child, an elderly woman and a young girl sit opposite each other eating soup. Yet the image of two young men, seated at the end of the table, one gently feeding the other, disrupts this normality, and destabilises the other relationships around the table.

it could happen to you features a women, dressed for a night on the town, lying on a bed next to a man who is either sleeping or sick. He wears a shirt, his eyes are closed and he lies almost motionless with the sheet covering his lower body. She is on top of the covers, and her long red hair spills over the pillow. The relationship between the two is full of ambiguities – is she caring for him, comforting him, or attempting to seduce him? Are they friends? father and daughter? Brother and sister?

The Girl’s Room evokes a magical time warp. As if tA King refuge in childhood, an elderly lady enters a girl’s bedroom, with its blue walls and pink duvet cover. A profusion of toys like ‘My Little Pony’ and ‘Beanie Babies’ (2004) are displayed on white shelves. She removes her dressing gown to reveal a flowery nightdress, gets into bed, reads a children’s book, tA Kes off her glasses, turns over and goes to sleep. This pictorial marriage of old and young plays out to an ambient sound of pop music (2004), which resonates as if from an adjacent room.

hanging in front of a clock focuses on a woman’s left breast. Its voluptuous form fills more than half of the screen, leaving just enough space to reveal an ordinary kitchen clock that hangs in the background. Through the thin fabric of a shirt, the nipple clearly protrudes and becomes the centre of our gaze. Isolated and strangely shrouded, the breast metamorphoses into something other, independent of any larger physical form. Motionless, yet eerily breathing, it instils unease.

Stairs, viewed from a peephole in a door, reveals a dark wood and velvet-carpeted staircase on which several items of coloured clothing lie scattered, like paint strewn across a canvas. A woman, almost nA Ked, her back turned, descends the stairs as she dresses, calmly seating herself on different steps as she puts on a vest, sweater, pants, jacket and trainers. The view of the scene in its entirety is restricted by the peephole and thus requires viewers to shift their position in order to see what is obscured from their view. There is no drama and despite the peephole the viewer does not assume the role of voyeur.

In these video and film works A K Dolven allows the viewer access into intimate and personal settings. The works share a slowness of change and a sense of duration, but also sensuality derived from our immediate engagement with the work.

A K Dolven, lives in London and Lofoten, Norway. In recent years Dolven has established herself as one of Norway’s most sought after contemporary artists. She has studied in Ecole des Beaux Arts Aix-en-Provence, Ecole National Supérieur des Beaux Arts Paris and the State Academy of fine Arts, Oslo, and spent nine years in Berlin before settling in London. Dolven has exhibited her work internationally; including major solo shows with leading international institutions. She has received awards for her work, one of these being the Fred Thieler-Award, Berlin. Dolven has contributed significantly to the Norwegian arts scene, active both as an artist and politically. 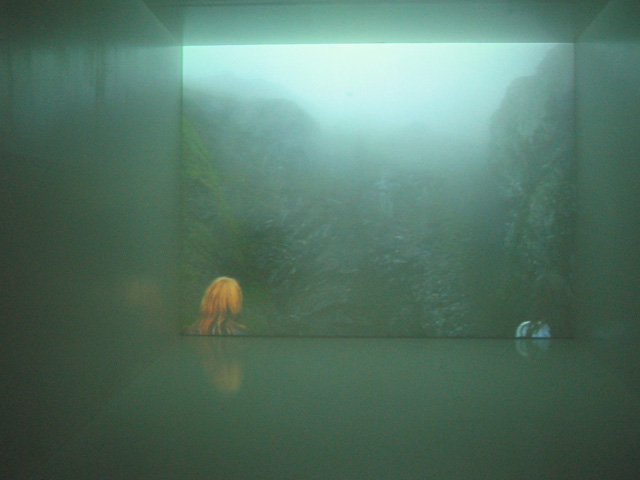 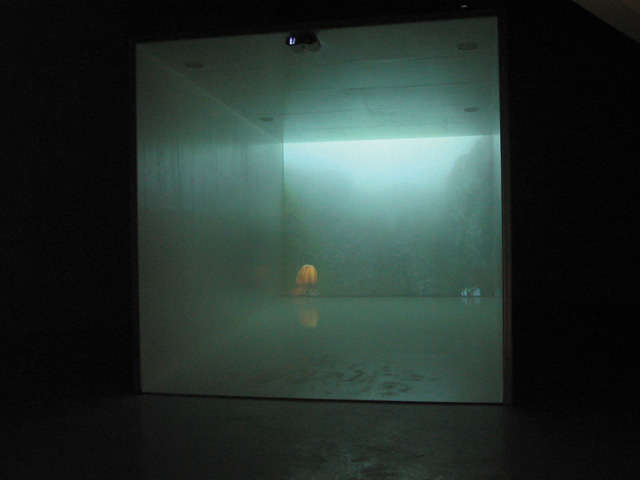 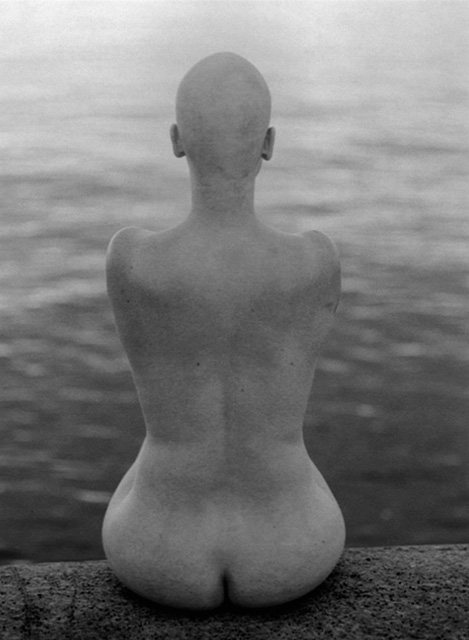 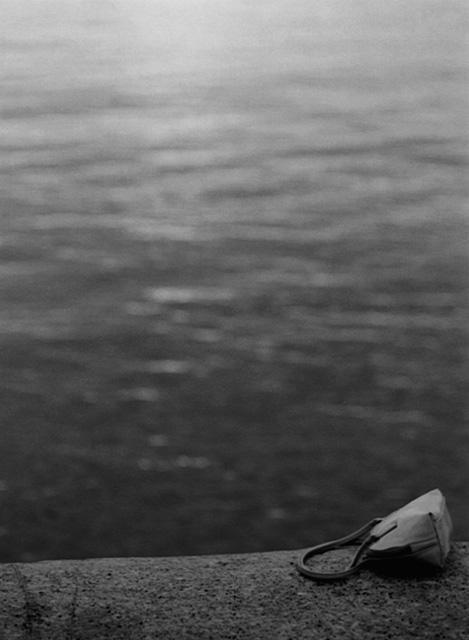