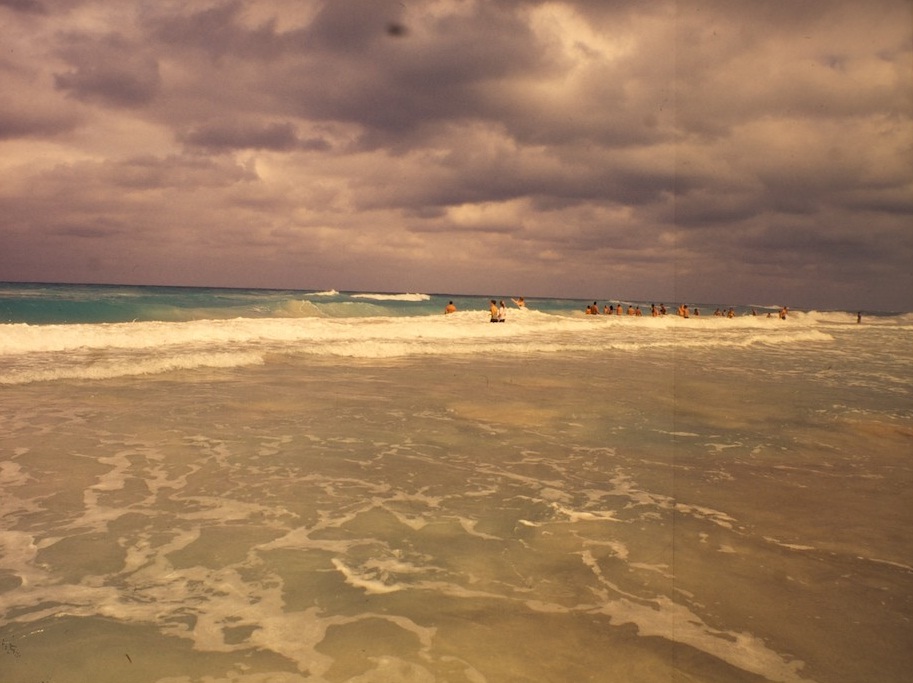 The title of the exhibition expresses the ambivalences and antagonisms that beset every return, home, from a journey. Equivalent ambivalences and antagonisms are attached to the concept of home, homeliness, and homeland (as much as they are supposed to express belonging they are not easy concepts). Returning from a paradisiacal tropical holiday is always the hardest: especially to a northern winter and for people who have only had open-access to travel for the last 20 years (and economic means to truly see-the-world for the last decade). In this sense the exhibition engages with the original meaning of nostalgia derived from the Greek nostos [return home] and algos [pain]. The German language retains this sensitivity as nostalgia is translated as Heimweh literally homesickness. Herein the exhibition also evokes the myth of Odysseus and the parable of the prodigal son.

The work of the exhibition’s two artists Anna Jermolaewa and Audrone Vaupsiene is connected by the thread of travel and its embodiment in the eventuality of returning. Moreover, Jermolaewa and Vaupsiene share family experiences of exile to Siberia: that has haunted their daily lives and appeared as a subject in their artwork including in the work Untitled (Gulag) 2012 by Jermolaewa, included in “A Sort of Homecoming,” in which she records a pilgrimage to the place her family was banished. For Jermolaewa—who has lived many years in Austria—traveling to Russia where she originally comes forms a meta-narrative within her oeuvre as she looks for signs of both [soviet] stasis and change (signifying what the curator and critic Viktor Misiano has typified in the work of many post-communist artists as “productive nostalgia”). Jermolaewa turns an equally critical eye towards Austria and her self-portrait as reclining nude with Alps visible through the window Der Berg Ruft [The mountain calls] (2009) expresses the sense to which every national representation succumbs to myth and cliché.

Vaupsiene, who is returning to art making after a decade long hiatus working as a professional photographer and videographer, is a hoarder of images taken on her travels around the world. In the exhibition she deploys them in such a way that the glamor-and-gloss is taken off the popular imaginary about international tourism. In the last 10 years Lithuanians have been traveling ever farther-afield and lifestyle sections of newspapers and popular magazines promote ever-more-exotic locations to their readers’ wanderlust. Vaupsiene expresses the sense in which global travel might introduce the traveler—as happens to the protagonists of the novels of Joseph Conrad—to global risk and/or disappointment. The ominous sky in the exhibition’s cover-image of a tropical beach expresses something of this. Shot in Cuba it surely reflects the problematical relation that country has to communism and to progress (as the 21st century Lithuanian traveler would look through now jaded eyes unlike her late-20th century soviet counterpart). And the crumpled bed sheets and muddied swimming pool of her Untitled (2013) triptych are indexes of the artist surviving the tsunami that devastated South East Asia in December 2004, affording Vaupsiene one occasion upon which touching-down safely in Vilnius—arriving home—must have seemed like nothing short of a miracle.

Supported by: Austrian Federal Ministry for Education, the Arts and Culture