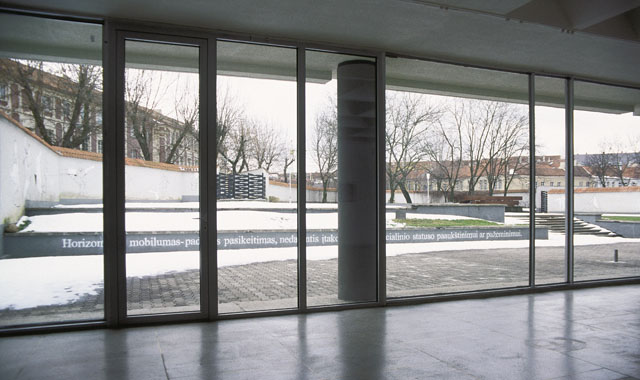 Curator:
Kristina Inciuraite
The title of the exhibition ‘Art Pause’ is metaphorically associated with the physiological phenomenon of the menopause (in Lithuanian language the title ‘Art Pause’ (‘Meno pauze’) almost the same as menopause), when a woman experiences a decline of fertility. The menopause in our society is traditionally regarded rather negatively, as the period of unsteady hormones makes a woman irritable and physiologically disabled. However, for many women the menopause creates just minor discomfort, and some of them regain their energy and enthusiasm after the menopause (Stephanie Ann Sanders). Anyway, this illustration of a physiological fact is not aimed at provoking a discourse on feminist issues, – it seeks to encourage reflection of an art pause without emphasising the negative aspects, to generate a critical or even a positive attitude to the society in which an artist finds him or herself:

How does the tempo of contemporary society influence him/her, what effect does it have on his/her world outlook and work? What are the social dynamics? Does the variety and rhythm of economic, political, social and artistic changes, and rapidly alternating laws of the generated offer provoke a paradox -reverse feedback: hesitation, doubt and loss, or perhaps even apathy, passivity, rigid social customs, conservativeness, in other words, a social ‘pause’? Is this phenomenon pronounced or not?

Before starting to speak about the visual expressions of the artists‘ ‘art pause’, it is worthwhile mentioning that one of the aims of this exhibition is to reveal the shifts of activity and passivity of various nature (mainly social) that artists encounter in their environment. Yet, this exhibition is far from passive – it reveals critical phenomena or situations of society, which, in the artists‘ opinion, are worthy of reflection. The search for a ‘pause’ is subjective, thus different both emotionally and conceptually.

The exhibition is divided into two thematic and spatial parts:
1. Works displayed in the first hall and the courtyard of the CAC focus the spectators‘ attention on uneven social dynamics, becoming distinct in the Lithuanian context: the rather recent past of grey schooldays (Marius Zavadskis), an awkward and terrifying entertainment of swinging (Mindaugas Tendziagolskis), the banal instinct of decorating exteriors and interiors (Ieva Sireikyte), an eroticised version of Catholicism (Gediminas Berzinis), the messy situation of contemporary monumental sculpture (Marius Zaveckas), non-influential “horizontal mobility” (Aurelija Maknyte), rather aggressive realism of ordinary life (Gintaras Makarevicius), and a picturesque daily life in a moving car (Donatas Jankauskas).
2. The works displayed in the basement of the CAC reflect Western experiences assimilated while travelling in alien territories: disclosure of tourist stereotypes (Marius Kavaliauskas), a mania of a virtual journey (Siga Mikoliunaite), a commentary on an impression assimilated during a trip (Kristina Inciuraite).

The exhibition contains several projects that do not directly participate in the general exhibition: a slight intervention into the process of feasting during the opening ceremony (Erika Katinaite) and a possibility of reconstructing the original text according to the footnotes presented in bulletin of the exhibition (Skaidra Trilupaityte). 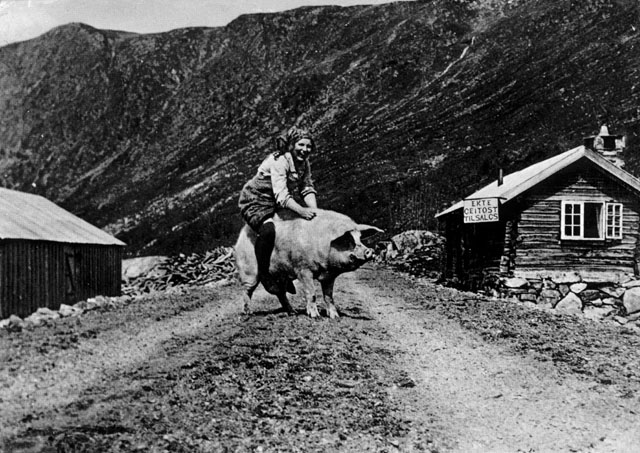 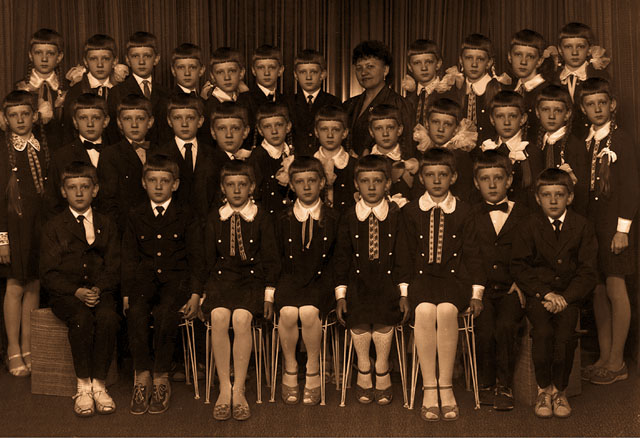 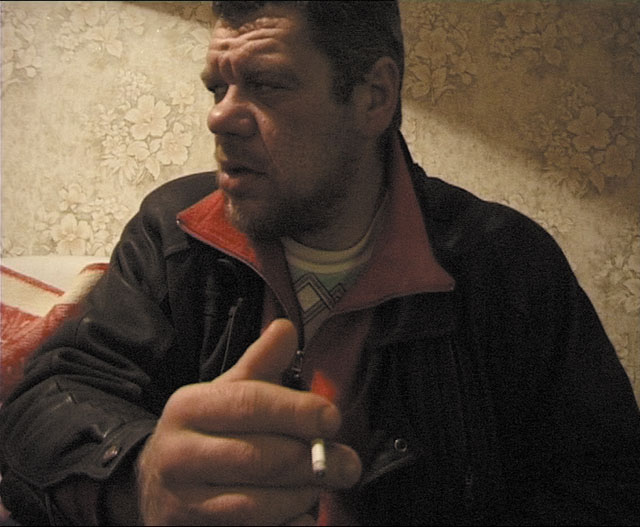 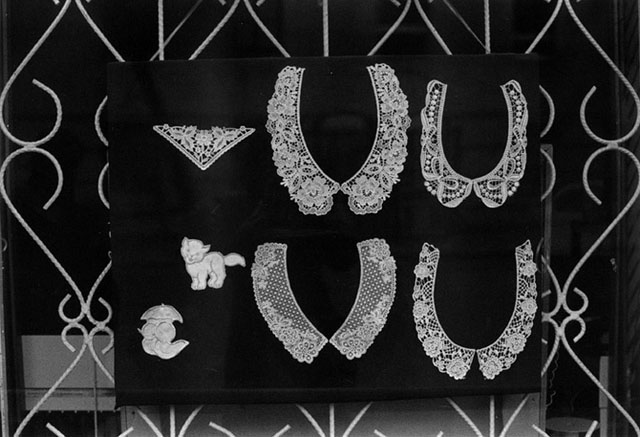 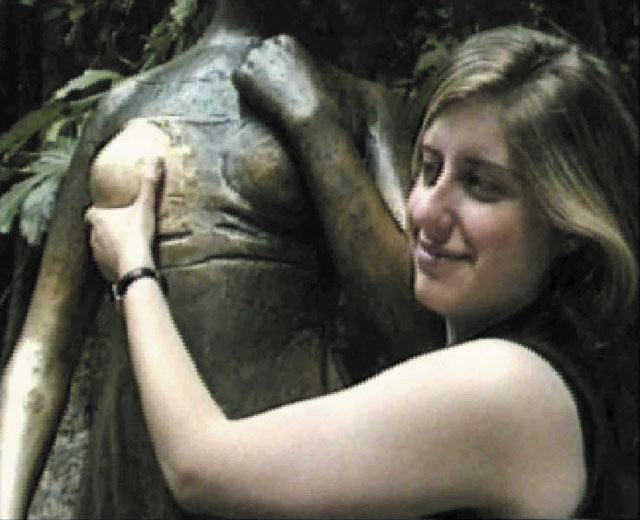 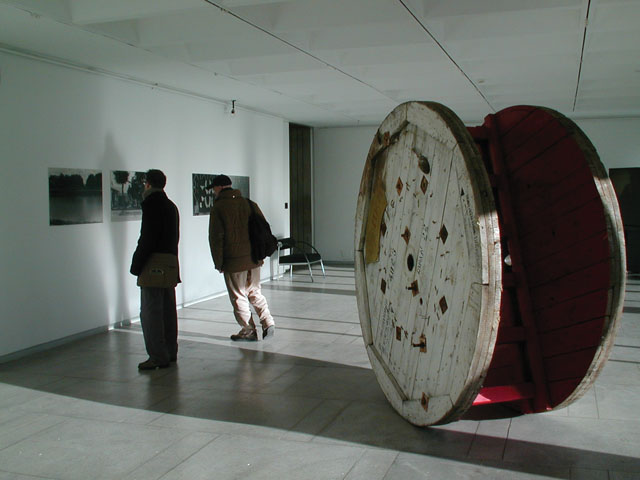 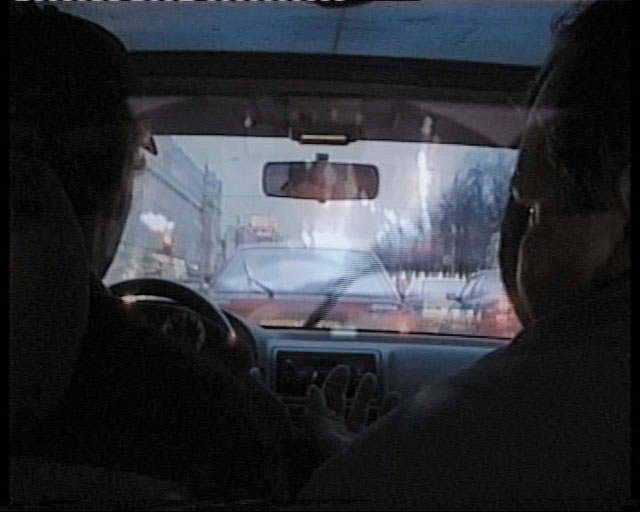 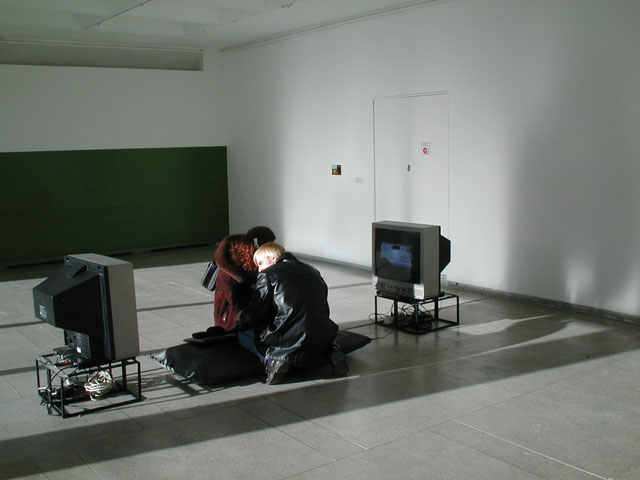