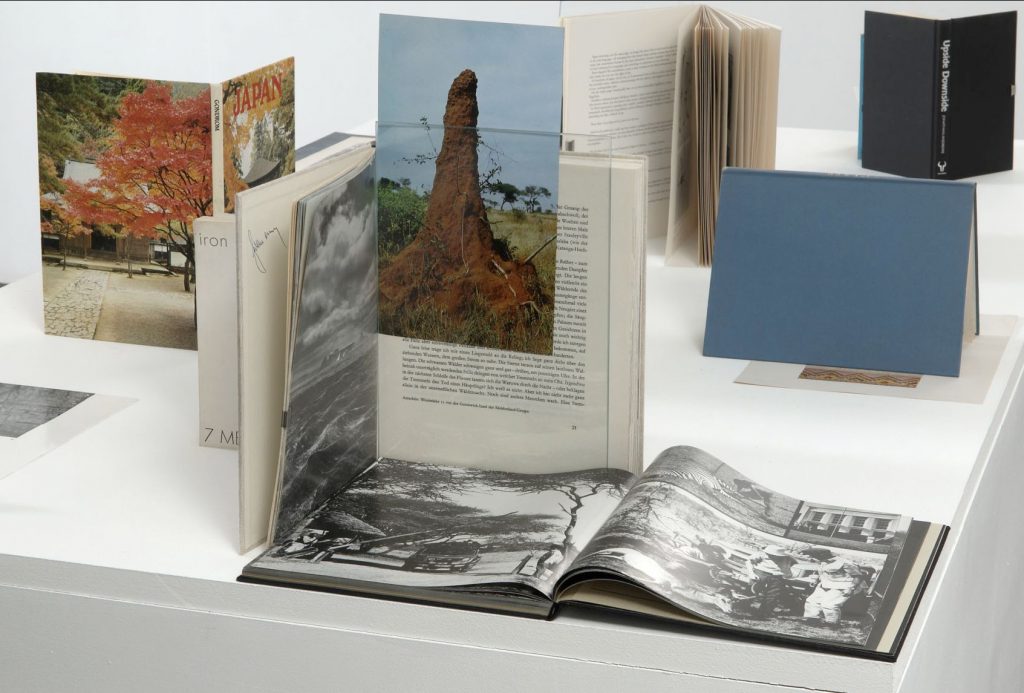 An installation in the CAC Reading Room

Benoît Maire and Falke Pisano became known to each other in 2006, and have since then been involved in an exchange about the function of theory and philosophy in their independent practices. Though working in different ways, they are both highly influenced by the use of language, and often work in the format of lectures and performances. Writing is understood as a natural and integrated part of their respective working methods: “Desert Solitaire” can be regarded as the result of this ongoing conversation, and a continuation of their collaboration. The installation could be seen as a laboratory of signification, which asks whether it is possible to materialize a process of thought through objects.

In the CAC Reading Room two opposing arrangements of books on plinths will function as the mirror images of each other as conceived through the text that function as a conceptual mirror. The arrangements and the text will experiment with ideas associated with mirroring. Describing the process of mirroring the text invites the viewer to set in motion the relationship between book arrangement and text. At the same time as the show is born out of an experiment, the three-way exchange set up between installation, text and reader will activate the role of chance, both temporal and formal, producing a situation that gently alludes to the instability of meaning and subjective truth.