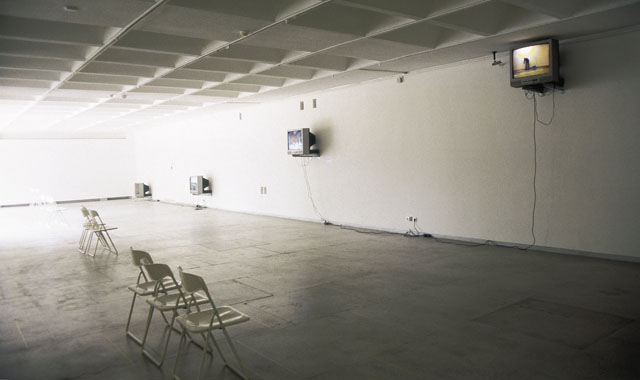 he Black Box recorder, a commonplace piece of aviation technology provides a metaphor with which to trace the levelling eye that the video camera has come to posses in contemporary culture.
As commonly found in the hands of the amateur or the artist as the news gatherer or film maker, the video camera records everything, regardless of its status, producing an overwhelming flood of moving images from the most banal and inconsequential to the most dramatic. With the video camera now so ubiquitous, the nature of the images we consume through television – the black box in the corner of all our living rooms – has become more democratic, at least in content and appearance if not, ultimately, in production.
This exhibition highlights some of the most interesting work being made in Britain at present in the medium of film and video, encompassing different trends within the media such as appropriation, performances to camera, observations or documentation, and the moving image‘s relationship to other media such as drawing and sculpture. The idea of rooting the exhibition in one form of presentation only – that of single screened monitor based work – will provide a formal equality that will allow the fundamental quality of single screen work – a simplicity of physical manifestation that is capable of encompassing almost all conceptual tendencies – to provide a clarifying focus, through which the viewer can examine the plethora of positions within contemporary video practice 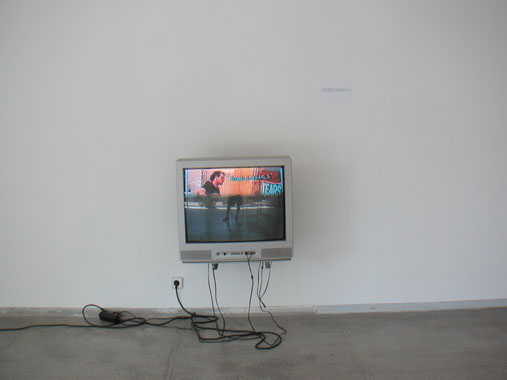