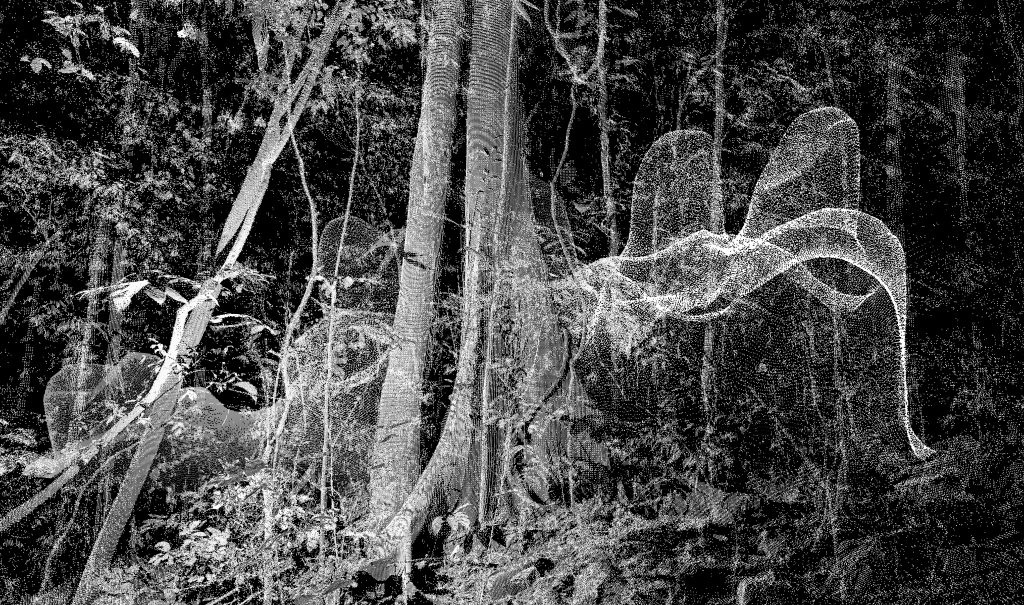 The Contemporary Art Centre (CAC) in Vilnius is pleased to present the first solo exhibition by Spanish artist Daniel Steegmann Mangrané in the Baltic States. The exhibition “Phantom” comprises two works in the form of an interconnected installation, presented in the CAC’s South Hall.

The work of the Rio de Janeiro based artist often examines the hazy area that exists between strictly oppositional notions in Western culture, such as culture and nature, subject and object, reality and reverie, seen and hidden. The artist frequently pairs diverse elements such as the natural with artificial, or places them in alien environments. In doing so, Steegmann Mangrané fabricates situations where predetermined hierarchies bow out and the boundaries of seemingly inverse things dissolve to provide new vistas of middle grounds.

The title of the exhibition, “Phantom”, by definition is something that is visible despite not being carnal. It is an accumulation of contradictions in itself and also refers to the work exhibited at the CAC titled Phantom (Kingdom of all the animals and all the beasts is my name), 2015. For this work Steegmann Mangrané used a Lidar scanner to capture a fraction of one of the fastest disappearing environments in the world; the Brazilian Mata Atlántica rainforest. The resulting point cloud, an intricate network of greyscale dots, is made accessible via a virtual reality headset. Each new technology advent provides a distinct way of representing the cosmos, ultimately changing our perception of reality and our place in it. Virtual reality brings a unique opportunity to experience otherwise inaccessible or non-existent places. In Phantom (Kingdom of all the animals and all the beasts is my name) you can look up to see lush trees and branches and foliage around you. You look down to find roots and soil, but your own arms or legs are not there. In virtual reality we are bodiless and virtual reality is bodiless in itself. It strives and fails to replace what it is referring to, instead constituting another milieu of promiscuous sensations, dissolving oneself into a larger whole.

µ, 2017, is the second of Steegmann Mangrané’s works presented at the CAC and consists of a series of suspended sculptural elements. The artwork is made up of eight aluminium chains that carry a winding and somewhat natural-looking, somewhat unknown alphabet-reminiscent shapes that are dispersed in the space. µ is the twelve letter of the Greek alphabet derived from the Egyptian hieroglyph for water. The aluminium chains cut the South Hall in vertical slices, proposing multiple serpentine paths to explore in the exhibition and further direct the gaze of visitors to the greyscale winter landscape, seen through the vast windows.

Courtesy of the artist and Esther Schipper, Berlin. 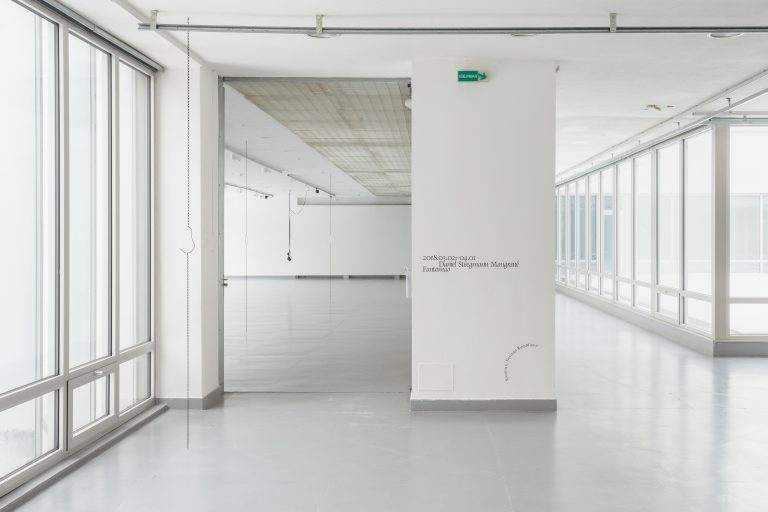 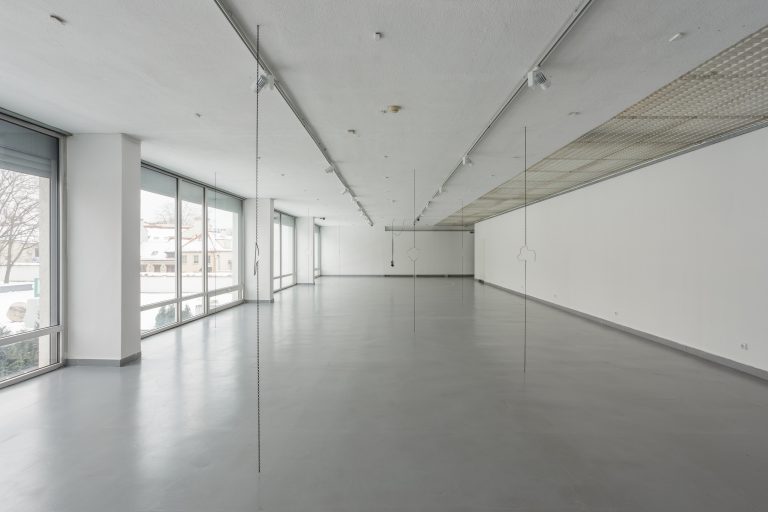 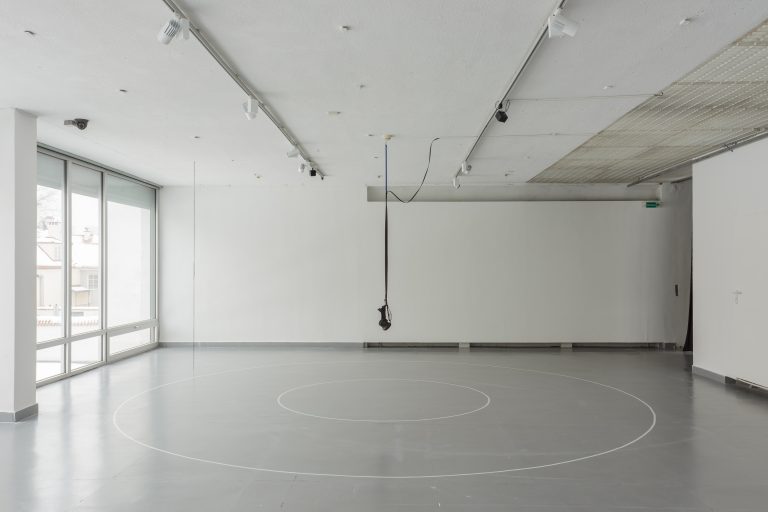 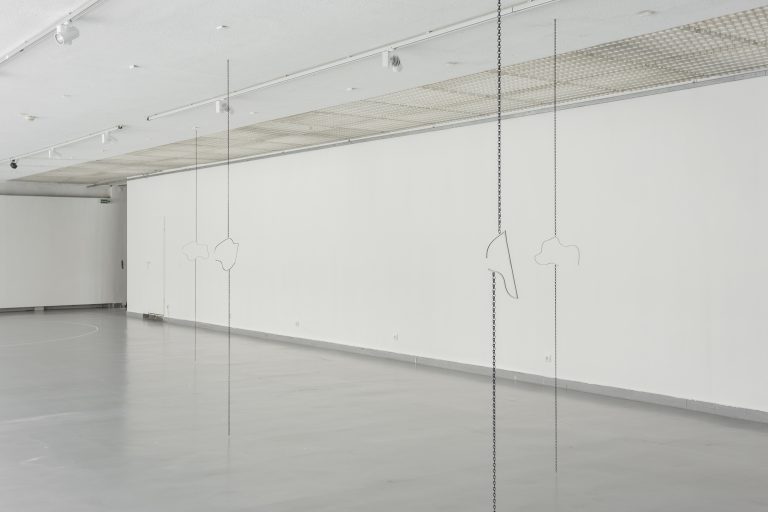 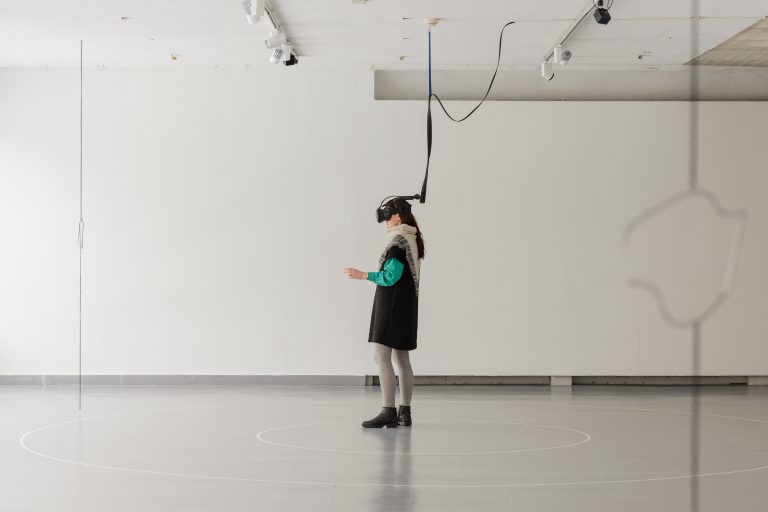 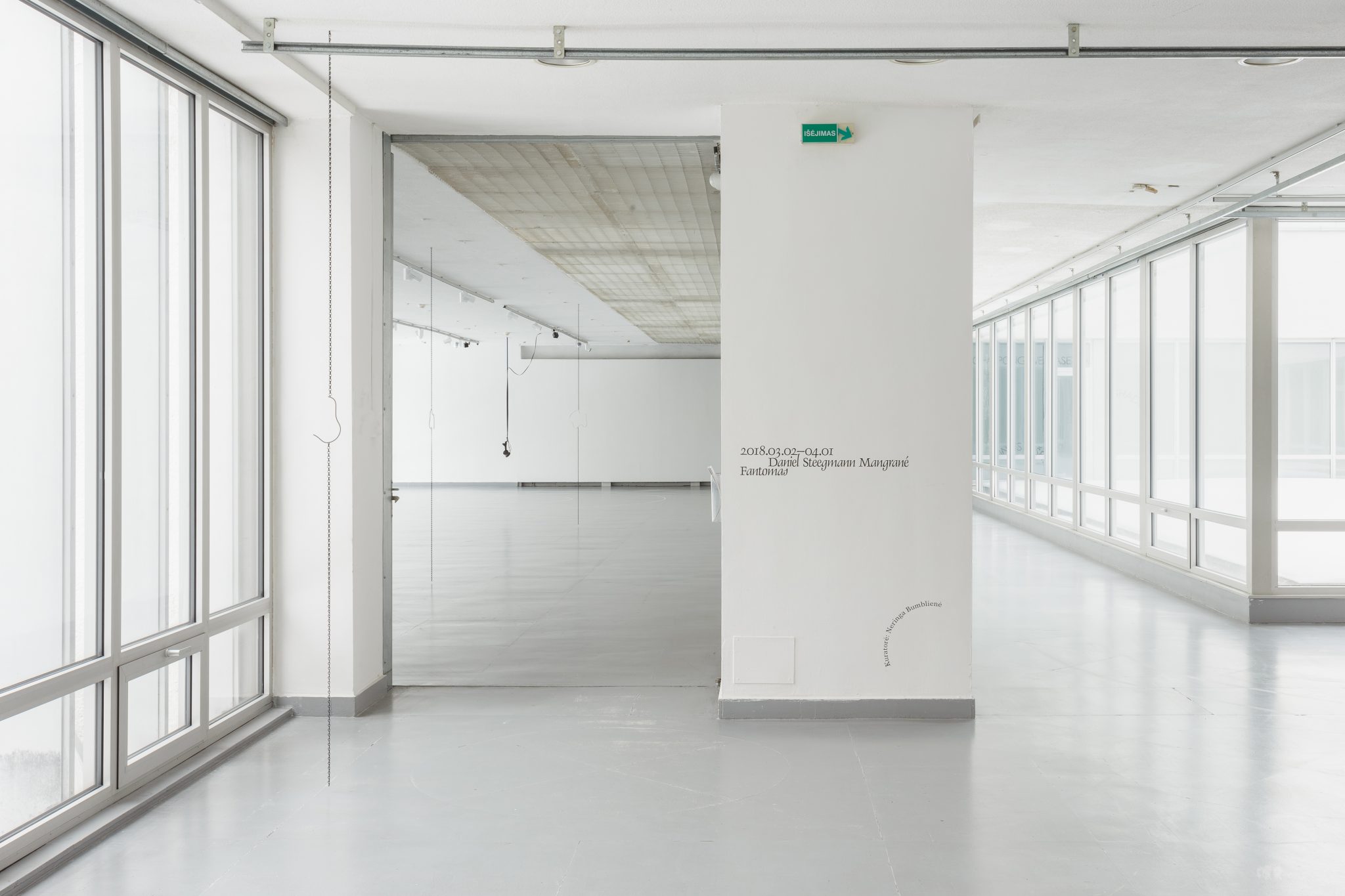 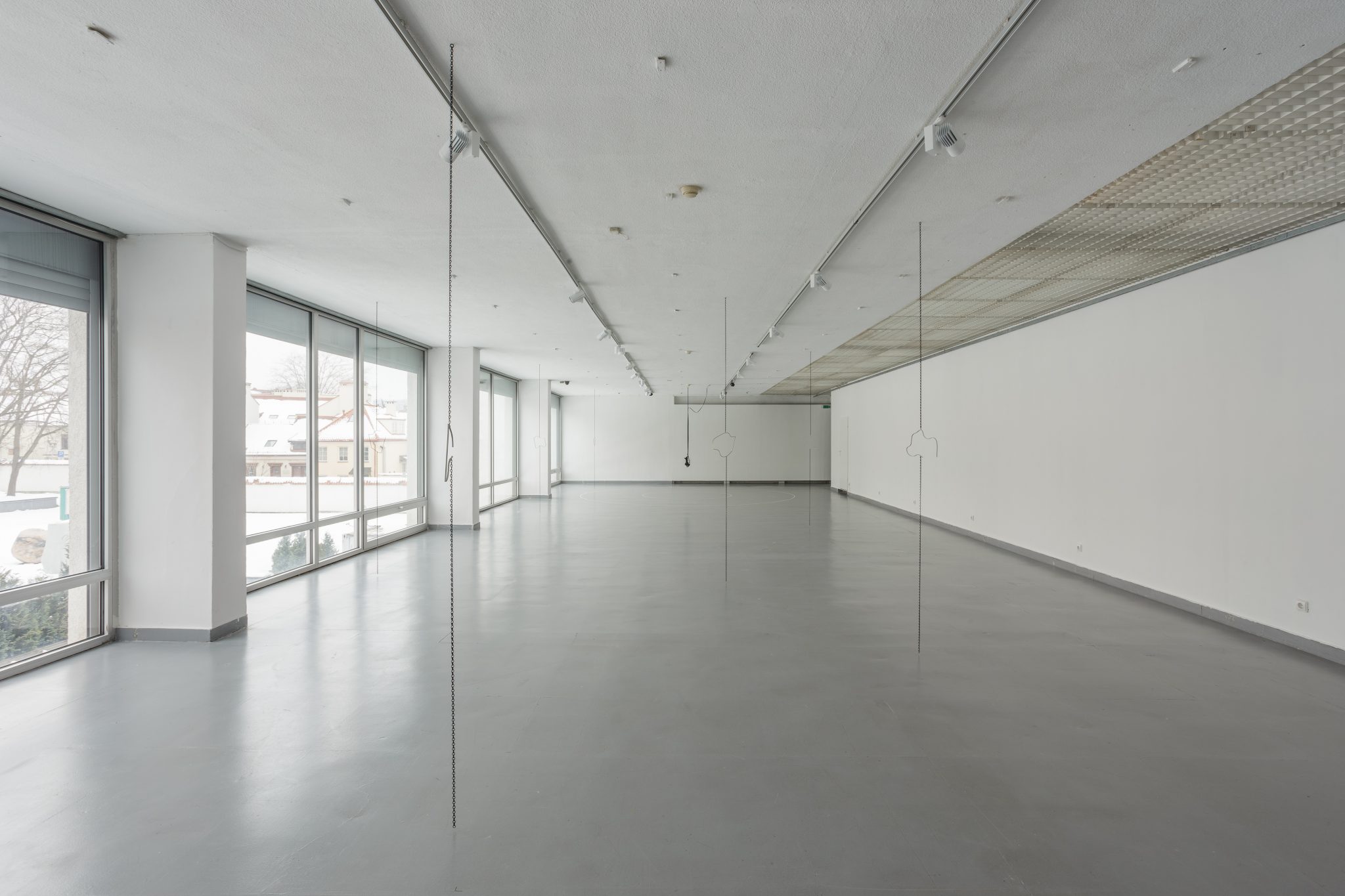 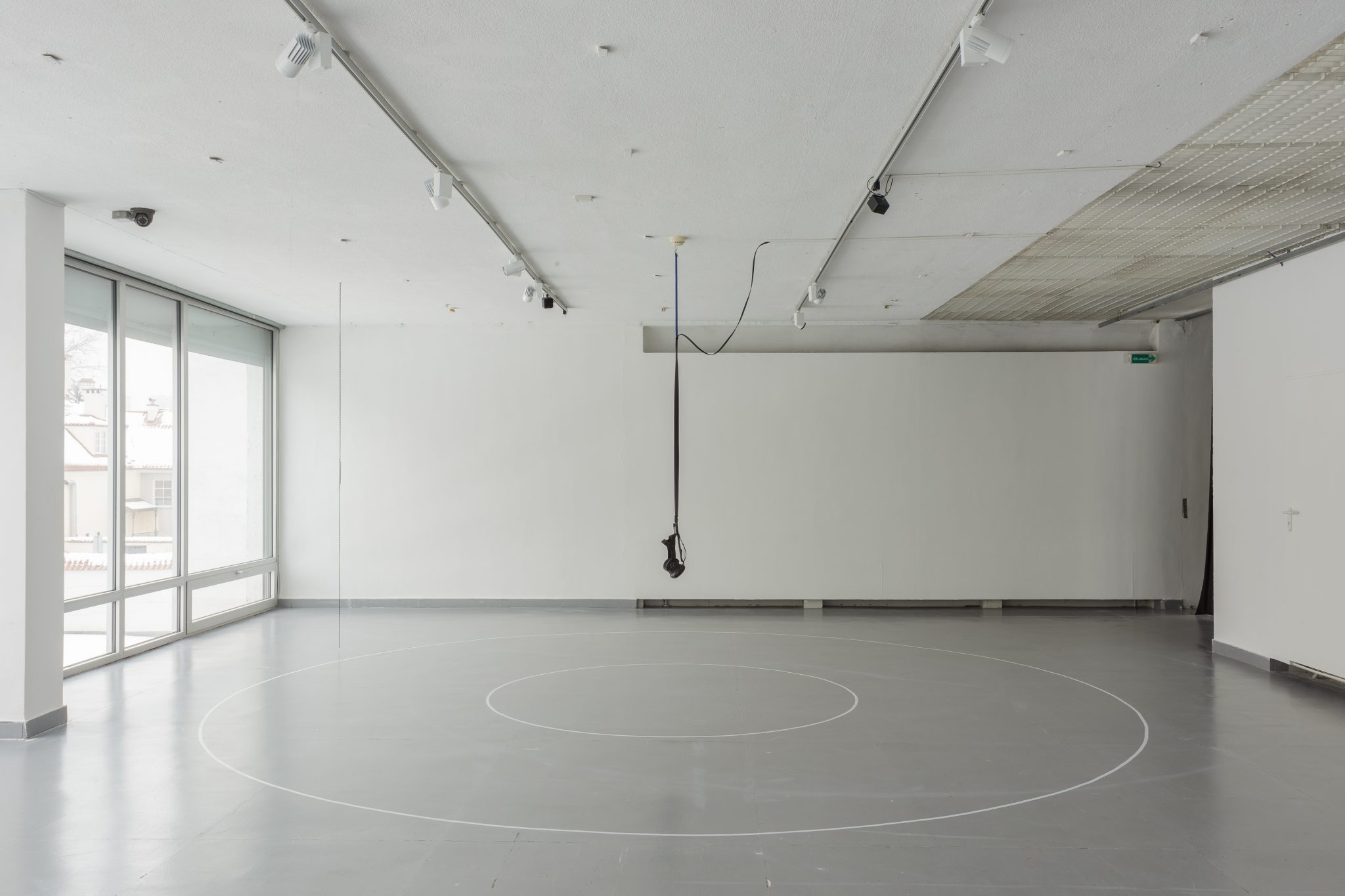 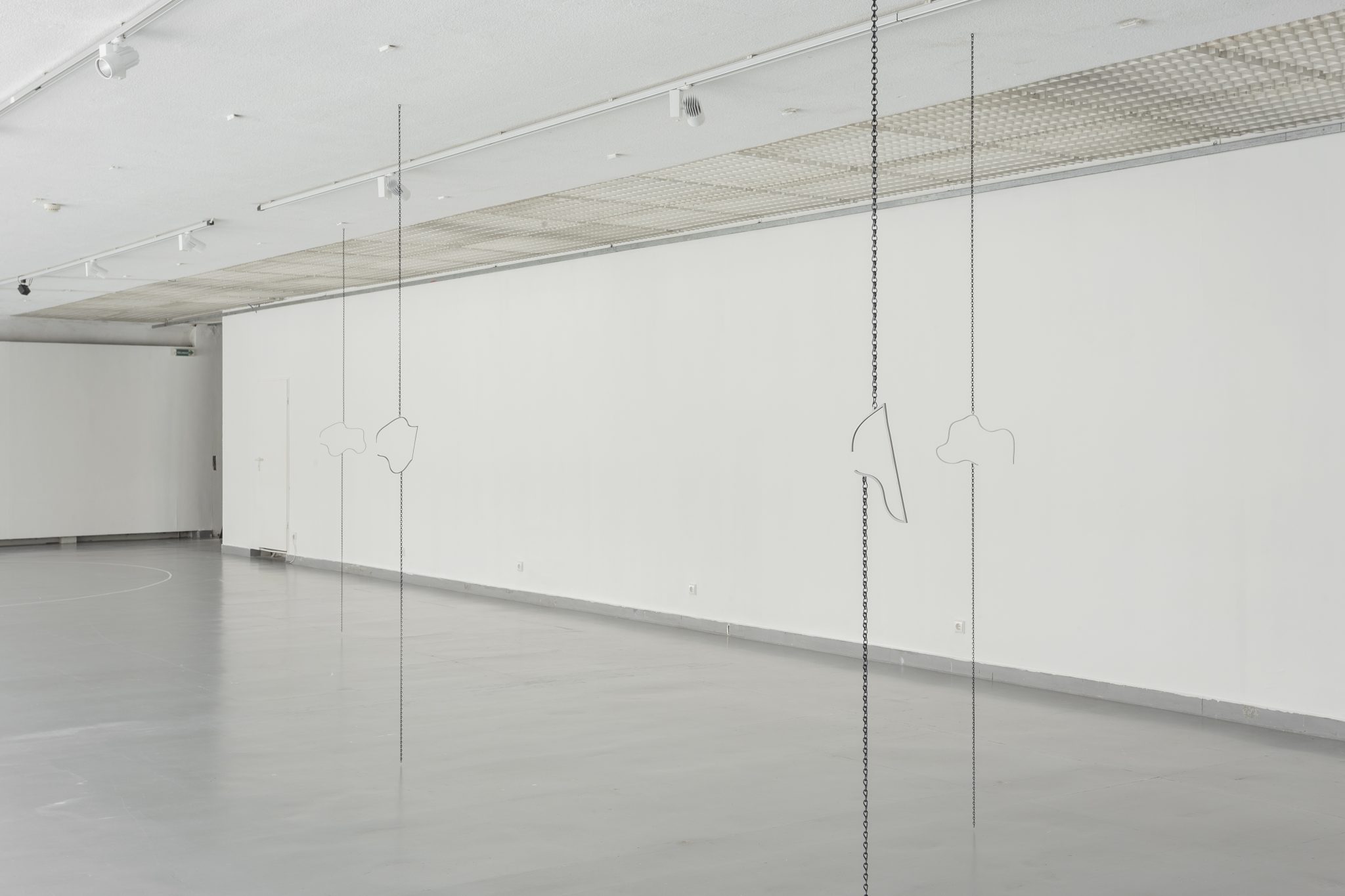 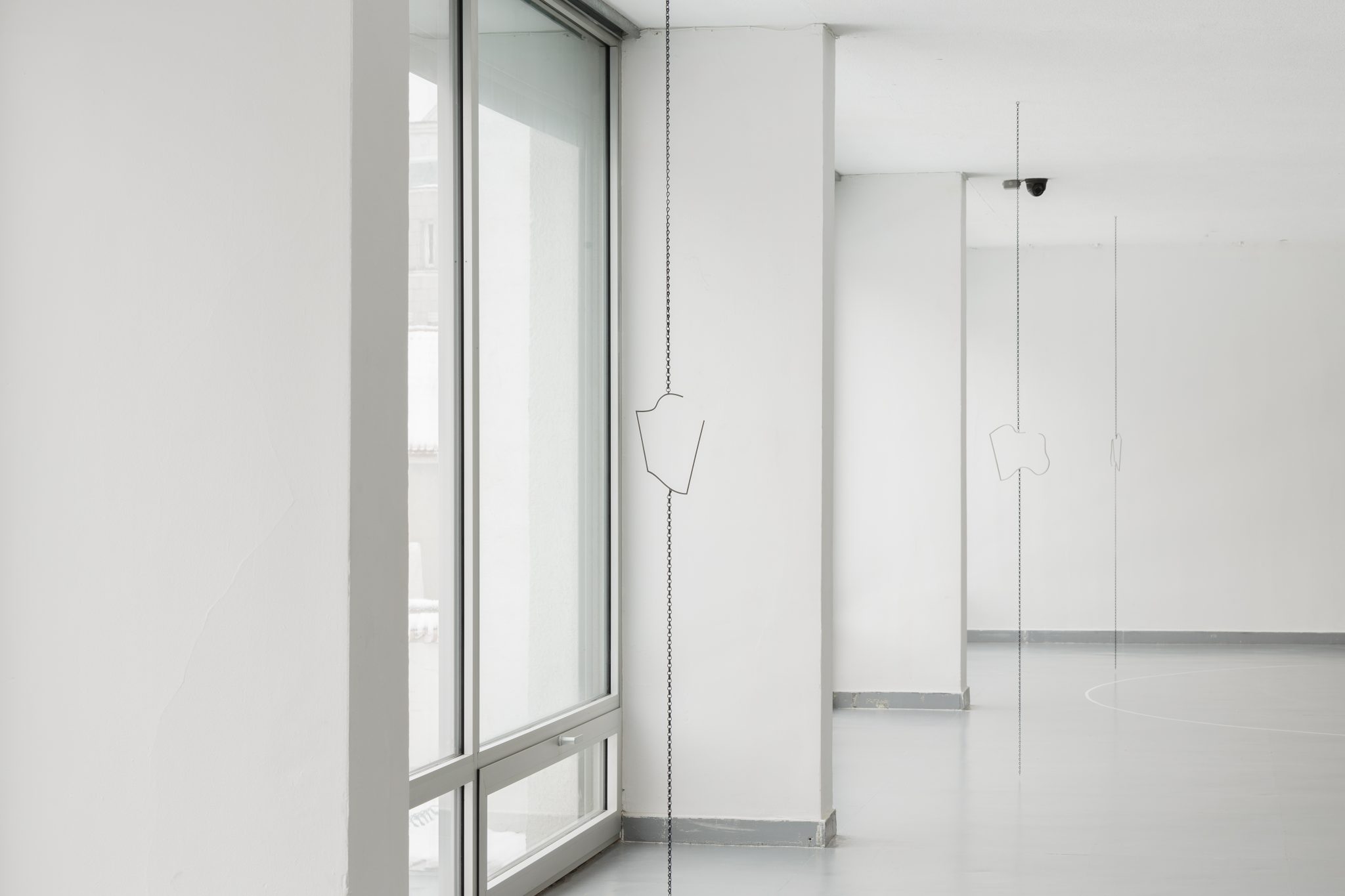 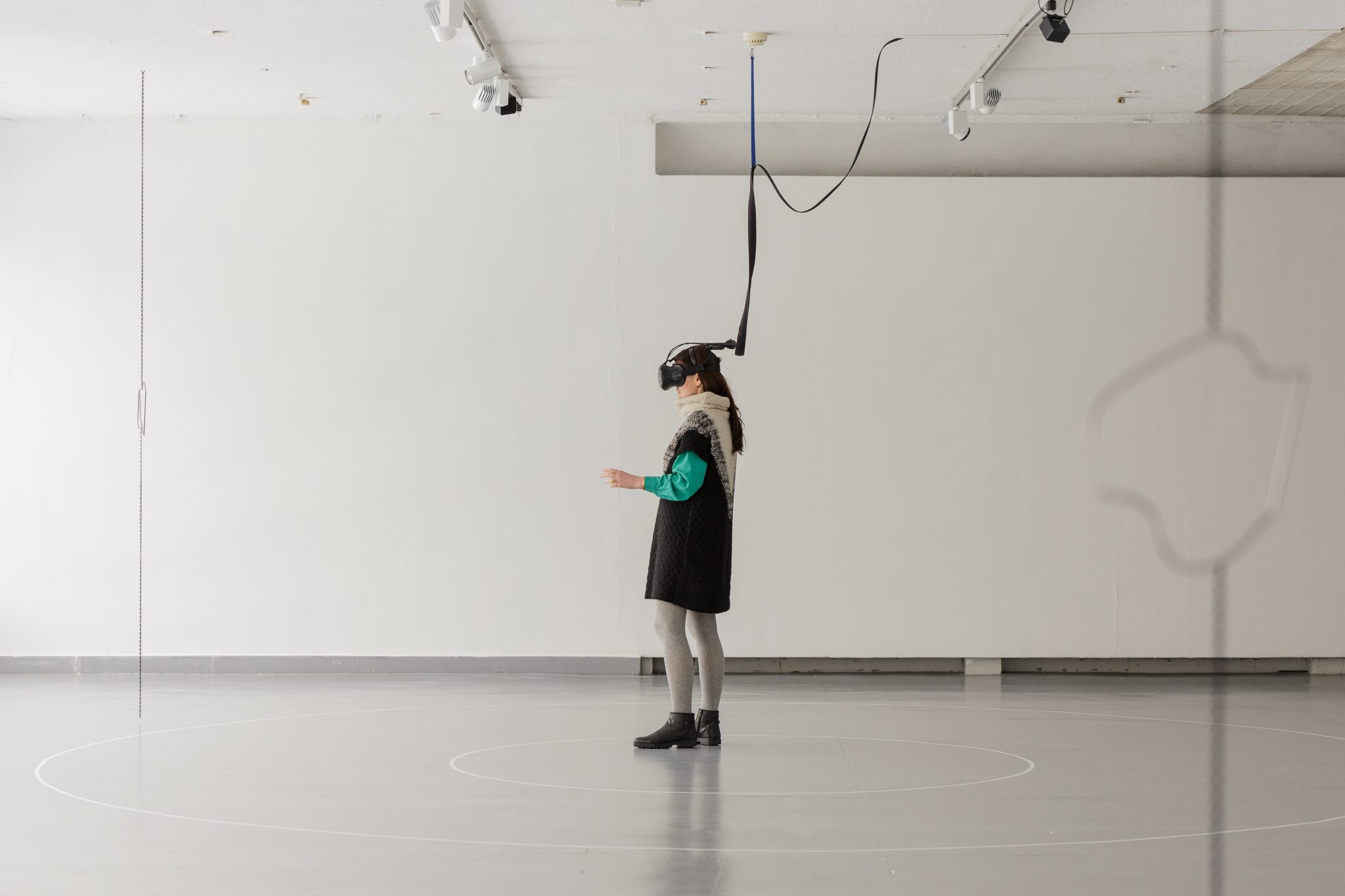