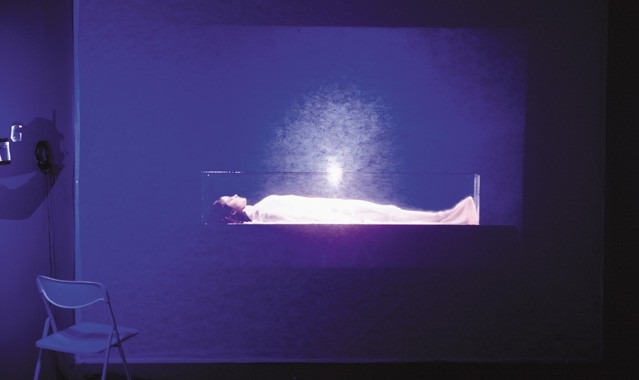 Darius Ziura was born in 1968. He lives and works in Vilnius. From 1991 to 1997 he studied at the Department of Painting of the Vilnius Academy of Art. The artist actively participates in exhibitions of contemporary art in Lithuania and abroad.

Installation Another Space was the largest and most complex project by Ziura. It consisted of several parts: image, sound and text.

The image part was represented by a) video projection, the content of which had been filmed underwater; b) a series of slides capturing a sleeping beauty in a glass container; c) a regular-shape metal mould cast from coins collected in a fountain; d) the blue colour (walls, ceiling, floor).

The sound came from the earphones available for the spectators, and the text consisted of excerpts from the imaginary book by Ziura Journey, indirectly continuing the images of Another Space.

Static and self-sustained images close to the stylistics of minimalism and transcendentalism, and the spectators exploring those images were observed by video cameras.

The information registered by the cameras was transmitted to a room where the artist himself stayed throughout the exhibition. From this space, unseen and not directly heard for the spectator, audio information was sent to the headphones available for the audience. Its content depended on the indirect relation between the spectator and the artist. However, a reciprocal relation was also possible, as the headphones were provided with a microphone that allowed the spectator to say what he/she thought right into the artist’s ear or establish a dialogue with him.

In this way, by exhibiting unique objects and images of visual nature isolated from their social context and meanings, the artist useed voyeuristic techniques, de-centralizing the works mentioned above and shifting the focus of attention to the electronic communication with the spectator, i.e. plunging not underwater, but into a certain social space.

Sensual experiences and associations that Ziura offered to the spectator sought to stimulate a particular emotional and mental state. In his own words, “minimally Another Space is perceived as a mood, maximally – as an endless world. 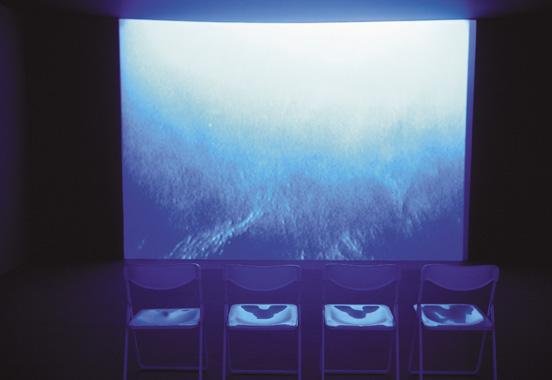 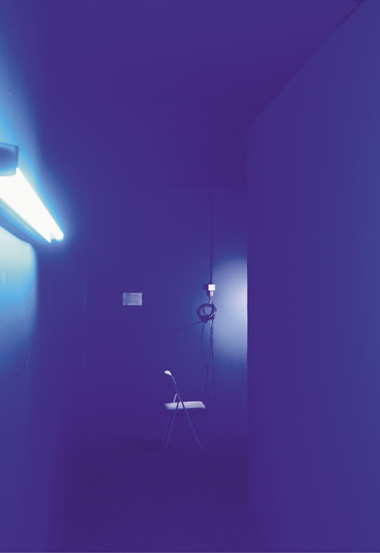 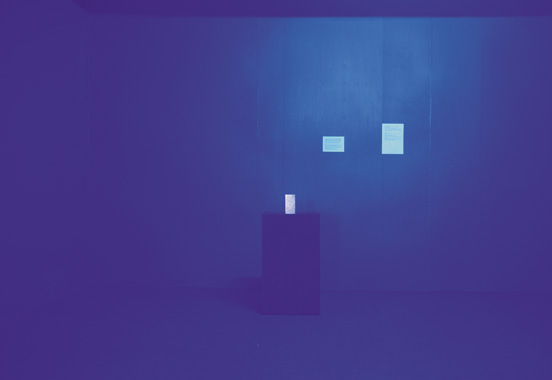