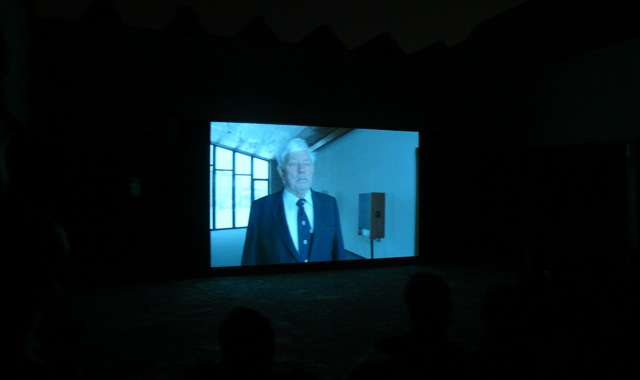 The futurologist Stanislaw Lem predicted that technological development would increasingly dominate human relations. Artificial (machine) intelligence would even go so far as to attempt to substitute feelings inherent to human beings. ‘It will not,’ Lem stated in one of his late interviews. He knew that true artificial intelligence could not be created; better and better imitations would appear instead. The electronic device called the computer already pretends to have intelligence, and is even able to be a conscious conversation partner for human beings, but that is neither deception nor substitution, but imitation.

Materialised psychical projections based on an individual’s memory appear in Lem’s space drama Solaris. The astronaut Chris Kelvin is visited by a woman who is outwardly identical to his dead wife. Legendary Russian director Andrej Tarkovskij, who interpreted the novel quite freely, filmed the story in 1972. In his film, Tarkovskij added a family element, so that the astronaut visits his father and his family house before going to Space. Additionally, quite a long part of the film version takes place on earth, both the astronaut’s departure from it and return at the end of the film when he goes back to his father’s house. The way the film is constructed, or more precisely, composed, the frames of nature scenes have a quite symbolic meaning, and are visually connected to the paintings of Renaissance or Romantic masters. To me it seemed that Tarkovskij was less critical than Lem of the increasing impact of the electronic media (or media in general) on human relations.

In my short film, Revisiting Solaris, the actor Donatas Banionis appears in his role as Chris Kelvin again more than forty years after Andrej Tarkovskij’s Solaris was made. Revisiting Solaris is based on the last chapter of Lems’ book, the part that had been left out of Tarkovskij’s version. In this last chapter, Kelvin reflects on his brief visit on the ‘soil’ of the planet Solaris shortly before his return from the space mission. As material to visualise the landscape of Solaris, I used a series of photographs made by the Lithuanian symbolist painter and composer Mikalojus Konstantinas Ciurlionis in 1905 in Anapa. Ciurlionis’ works are marked by an original conception of space, producing the impression of an infinite expanse and limitless time. The pictures thus take on a quality of cosmic vision and deep inner concentration. I found it very interesting that in 1971 Andrej Tarkovskij filmed the same surface of the Black Sea in Crimea to represent the landscape of the mysterious ocean.