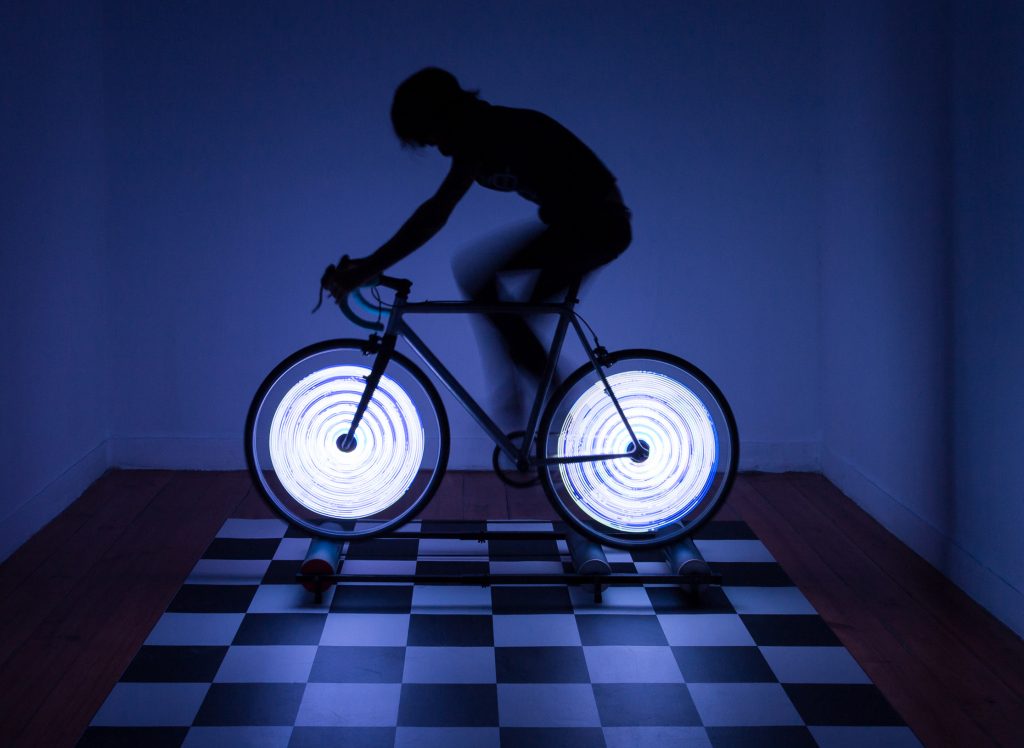 “Spinning Wheel” is the first solo presentation of Portuguese artist Diogo Evangelista’s work in the Baltic countries. Conceived as an immersive experience, the exhibition takes its name from a 2017 performance which investigates the triangulation between bodily motion, mechanics and the visible. The different elements of the project configure a fluid organism which looks into the mutant configuration of our lived environments. The exhibition presents a number of new work, including the new video Organic Machinery and shows the video installation The Sky Exists for the first time in an outdoor setting. Evangelista’s body of work revolves around themes of desire and transformation, exploring the animist potential that the human imagination has to appropriate concepts, images, objects, narratives and environments.

Irrational Man (2015) examines the limits of human cognition. In a slapstick narrative that appeals to synaesthetic nostalgia, we are guided by a chromatic oscillation with a rhythmic unravelling that breaks the linearity of perception and disturbs our cerebral hemispheres. Irrational Man brings us closer to this Uncanny Valley, where our similitude with the robot is brought to the fore.

Blood Chain (2018)
This series of paintings portrays a single enlargement of human red blood cells. As a set and organised in a straight line, the images build a sort of circulatory system connecting all the works in the show and emphasising its fluid environment.

Inflated with a Fluid (2018)
This sculptural set presents an assembly of humanoid busts. Halfway between metal mummies and robotic endoskeletons, the figures stand as a monument to alien life forms while singling the presence of the other in the human.

84 per cent (2015)
The video explores contemporary regimes of visibility via the use of the natural phenomena of bioluminescence and its current employments in human medicine. The sci-fi scenario and hyper sophistication of the research laboratories contrast with the humble and nostalgic tone of the last section of the work, which emphasises our human fragile constitution.

an individual note on image, sounds and technologies (2016)
The work is a mise-en-abyme which explores the unstable matrix of technology. The expanded scale of the compact disc describes a complete life cycle while illuminating its composite constitution of the object halfway between prophecy and memory, mirroring the meditative properties of a mandala.

Organic Machinery (2018)
This new video introduces narrative linearity for the first time in the work of Evangelista. It describes the preparations for space travel in the near future. The low soft tone of the monologue induces a meditative tone which blurs the boundaries between the action happening on and off screen.

– Outdoor installation at the Sculpture Yard

The sky exists (2017)
The video originates in recent viral news. An outdoor billboard in China advertising beach summer destinations was falsely portrayed in the West as a staging of sunsets and sunrises. Air pollution was supposedly so extreme that it had blocked the sun, preventing the witnessing of the natural phenomena and the billboard was employed as a means to counter such state of things. Evangelista´s gesture turns fiction into reality questioning the contours of our daily life.

In Spinning Wheel (2017) a bicycle becomes an interface between body and mind. In the performance repetitive movements of concentration and effort generate light spirals in a cyclical process of movement and stasis. 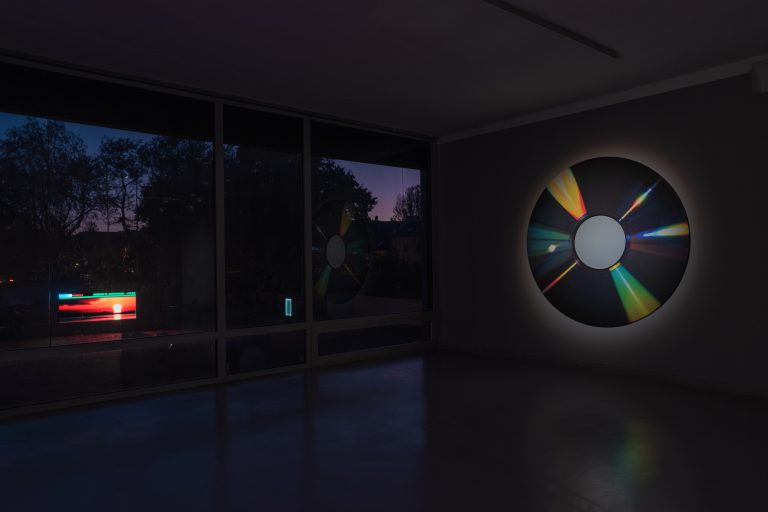 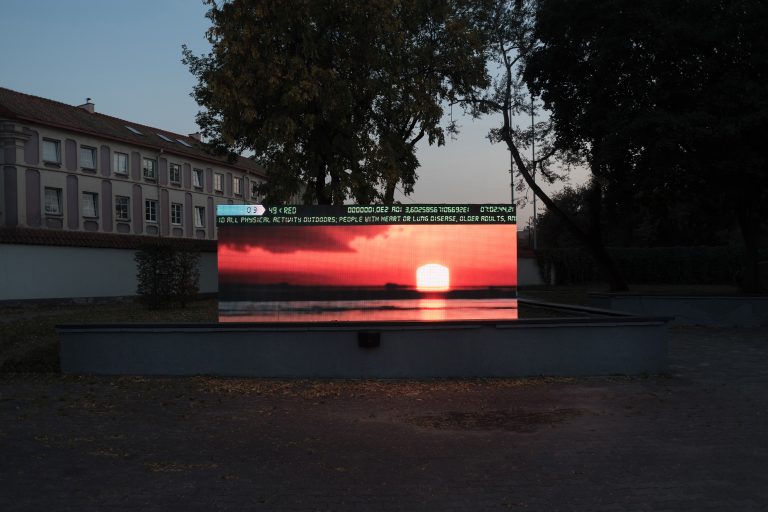 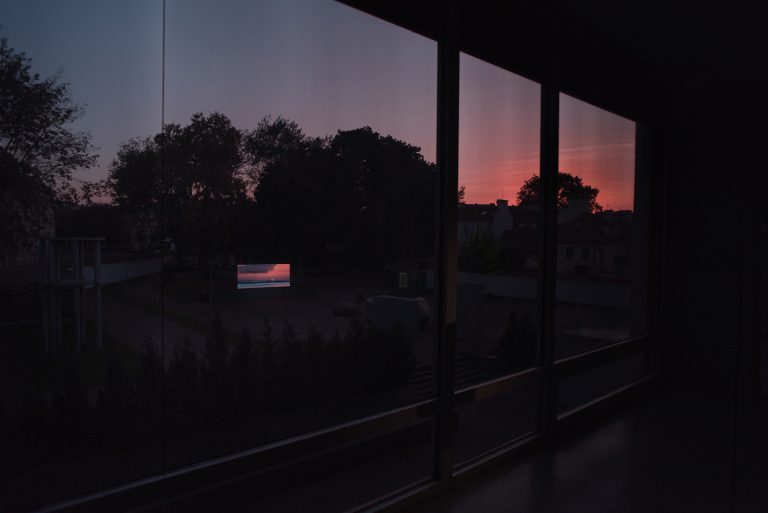 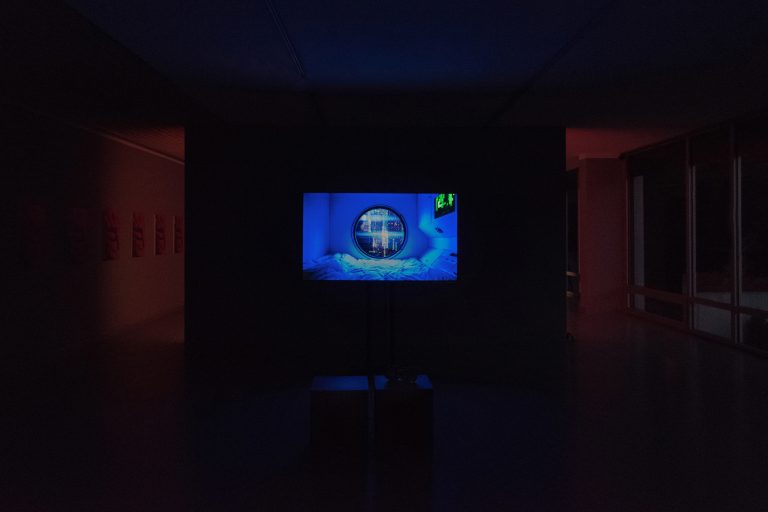 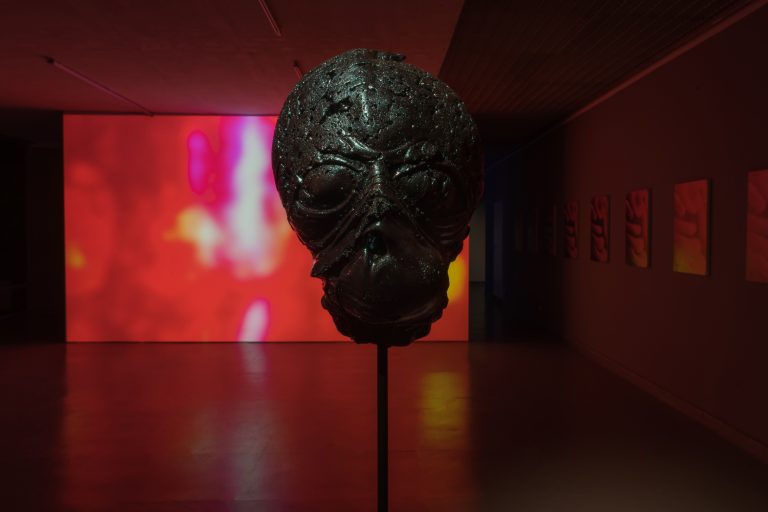 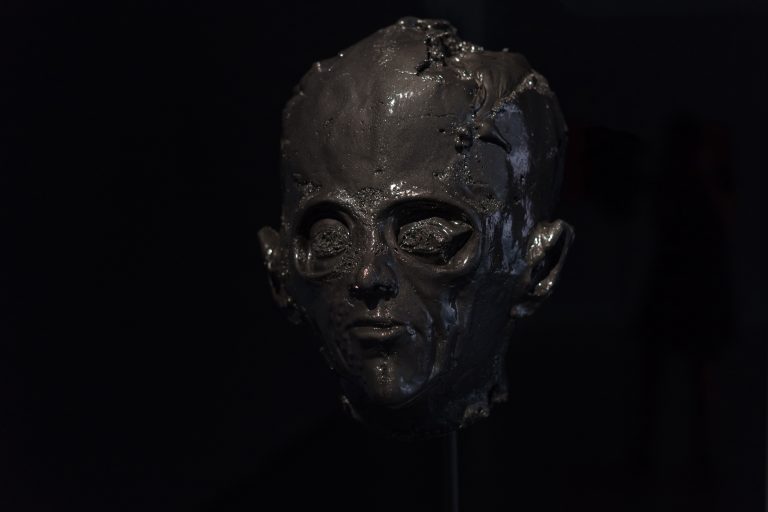 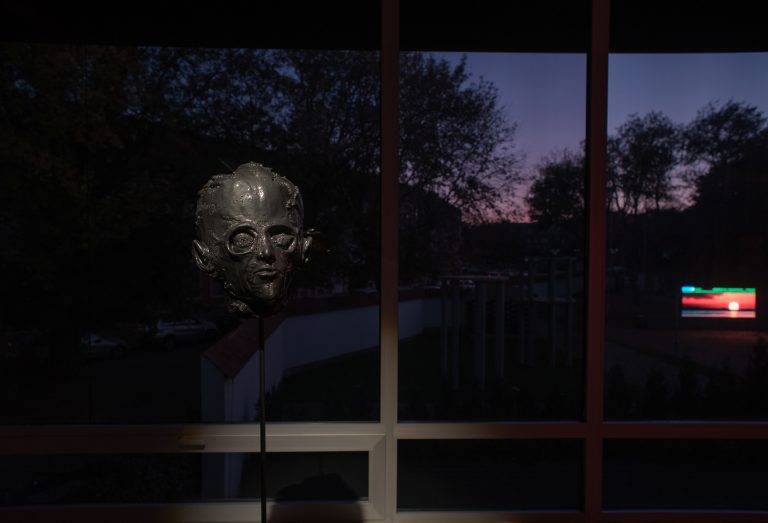 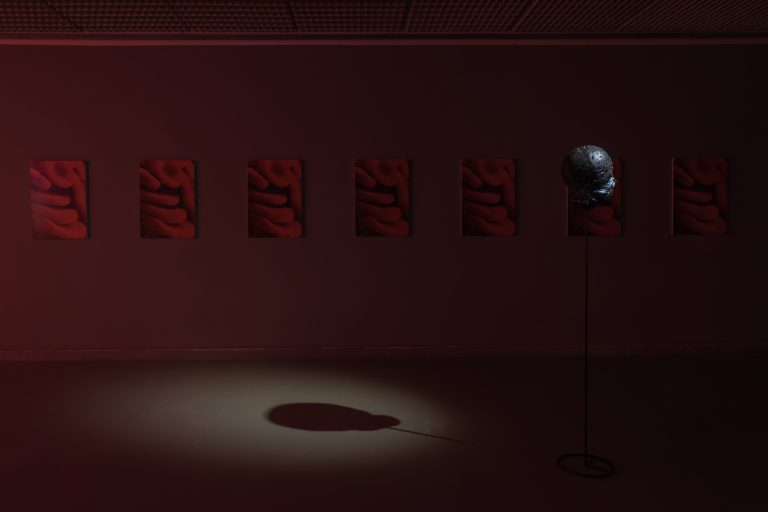 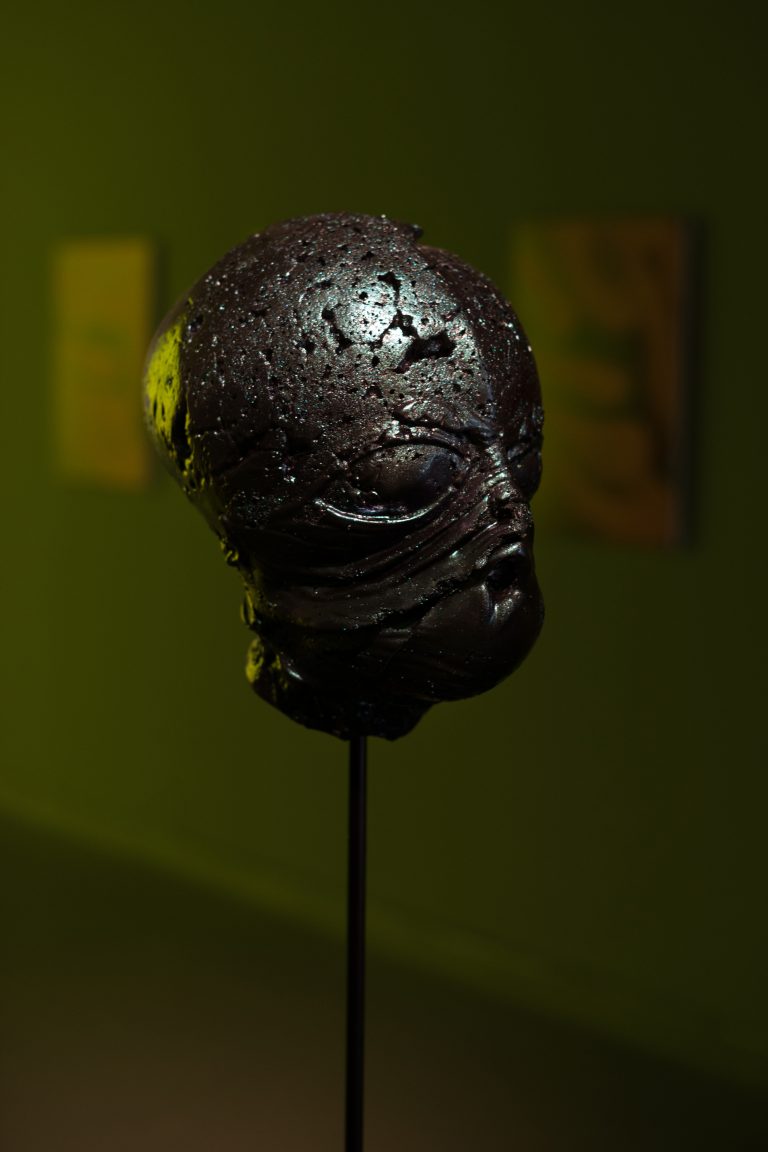 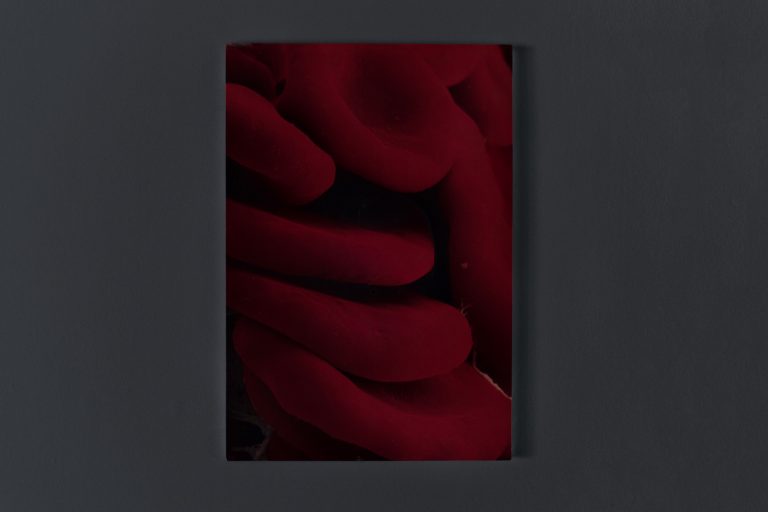 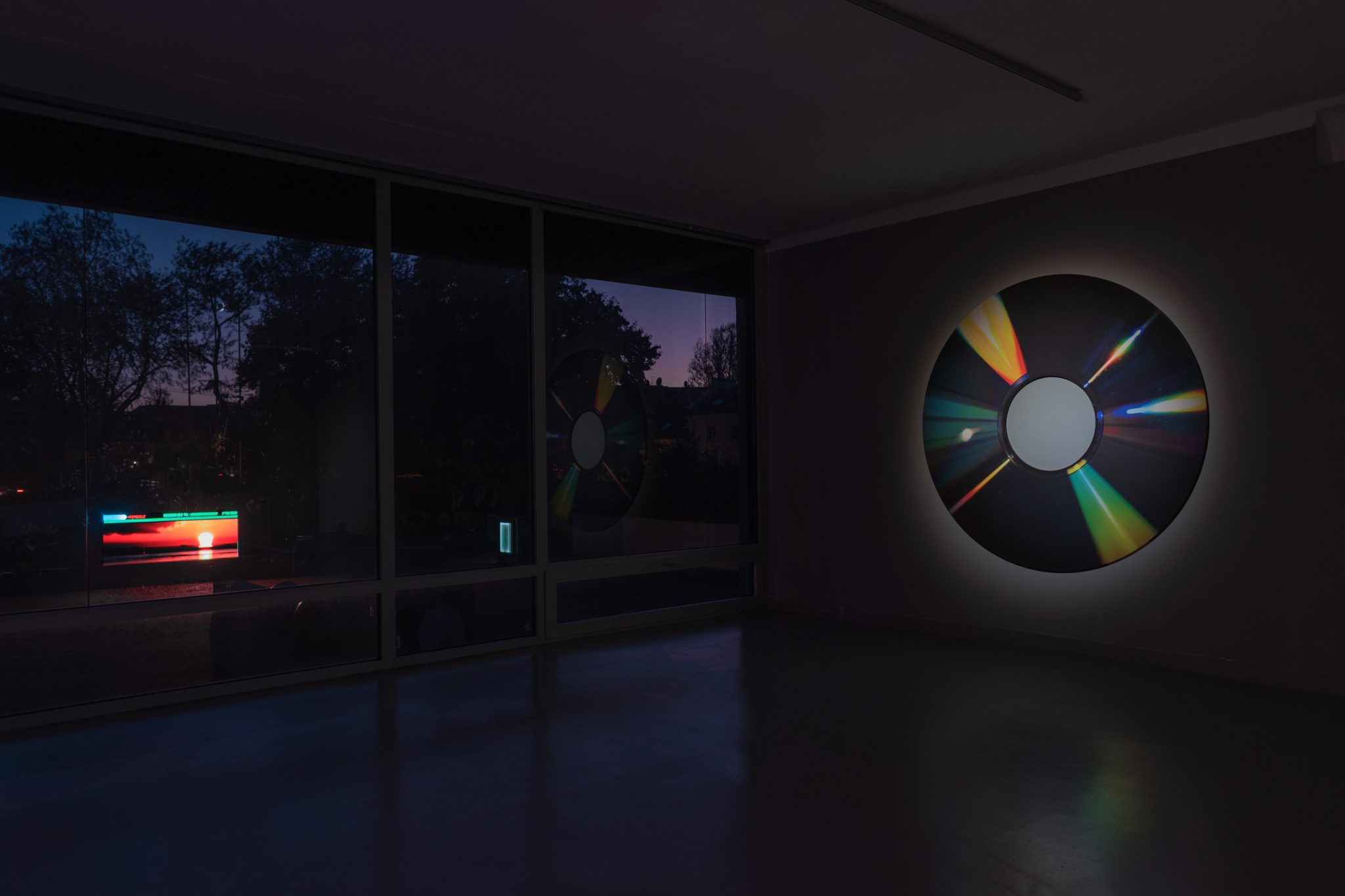 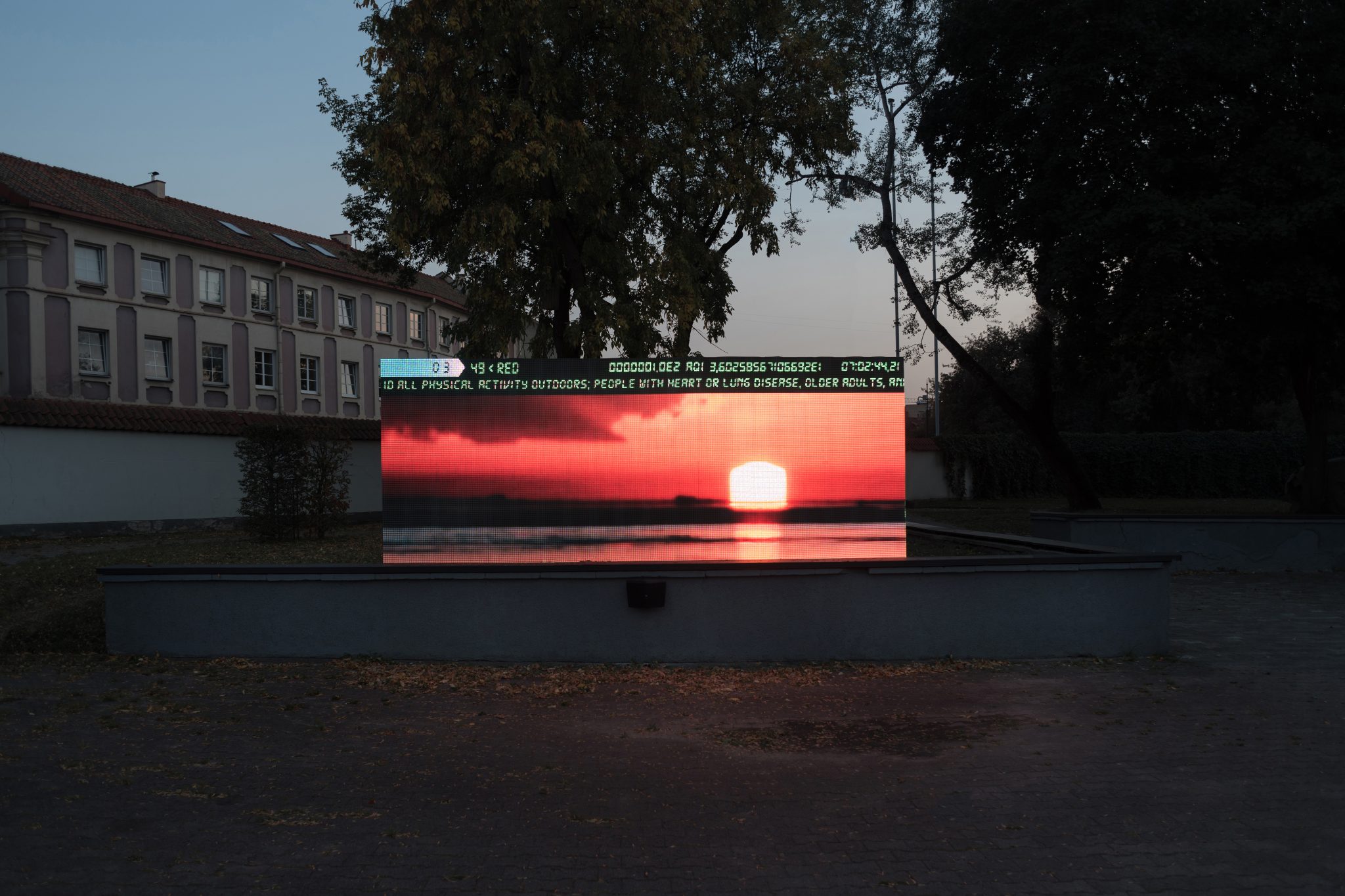 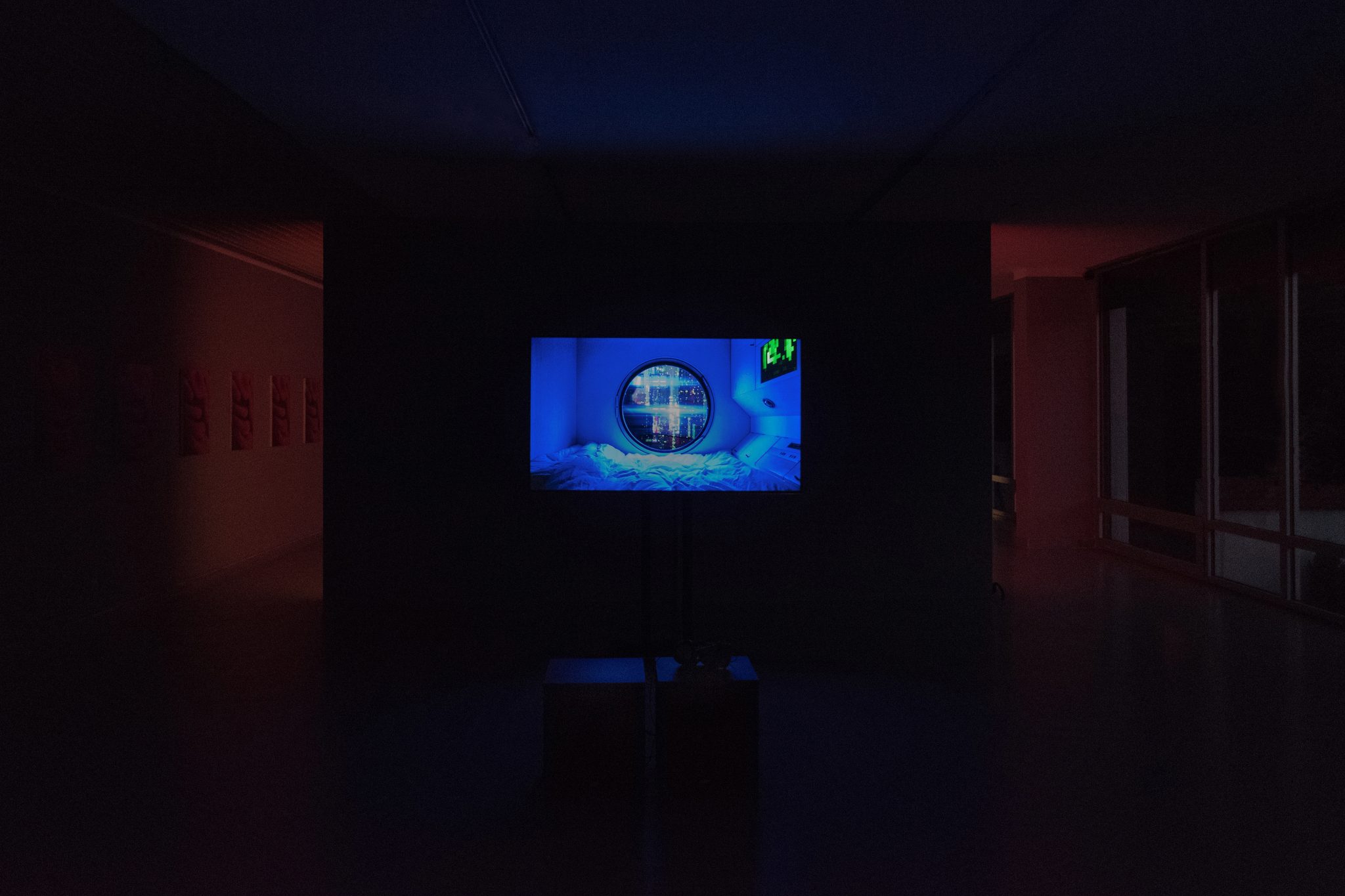 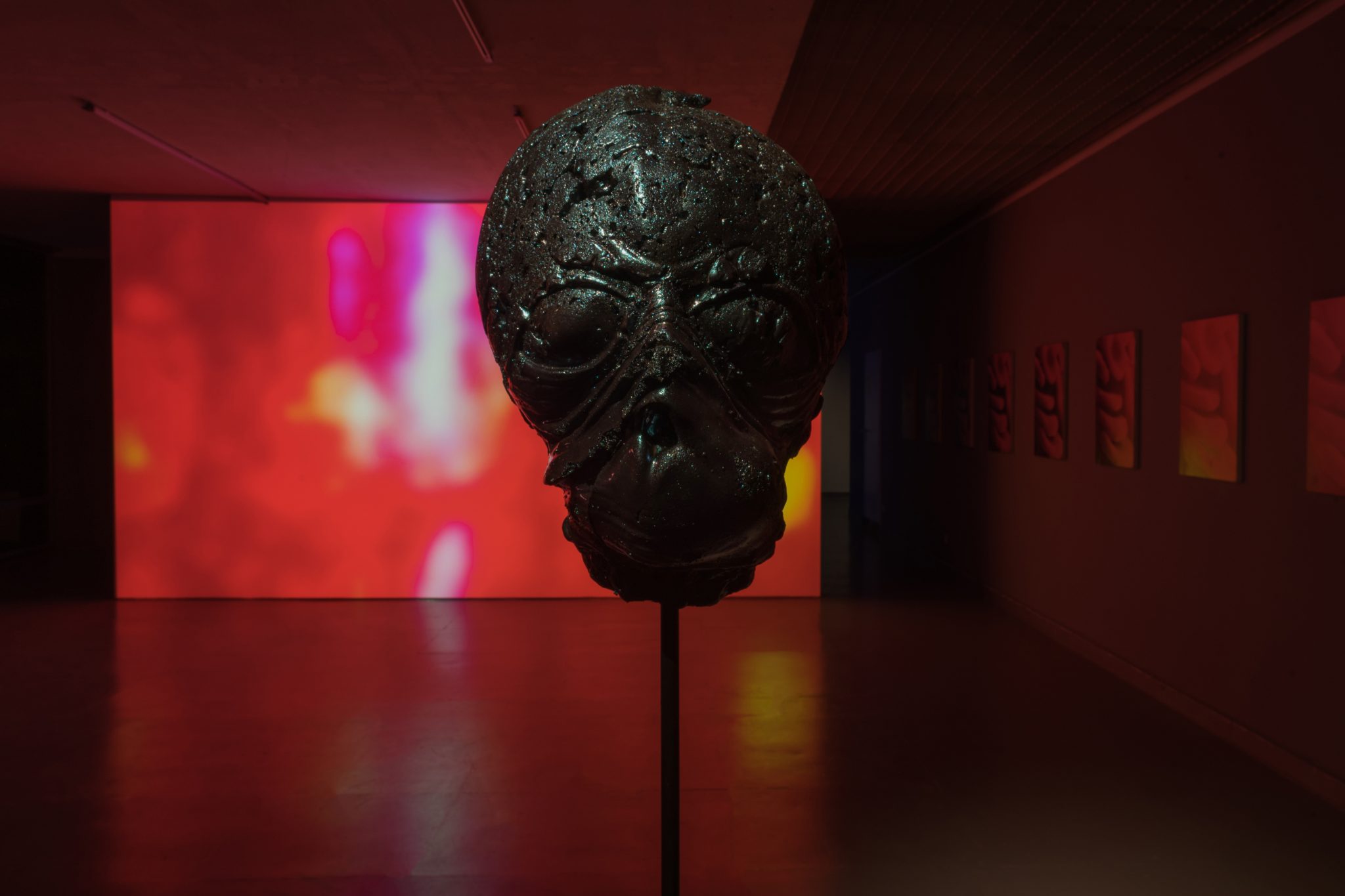 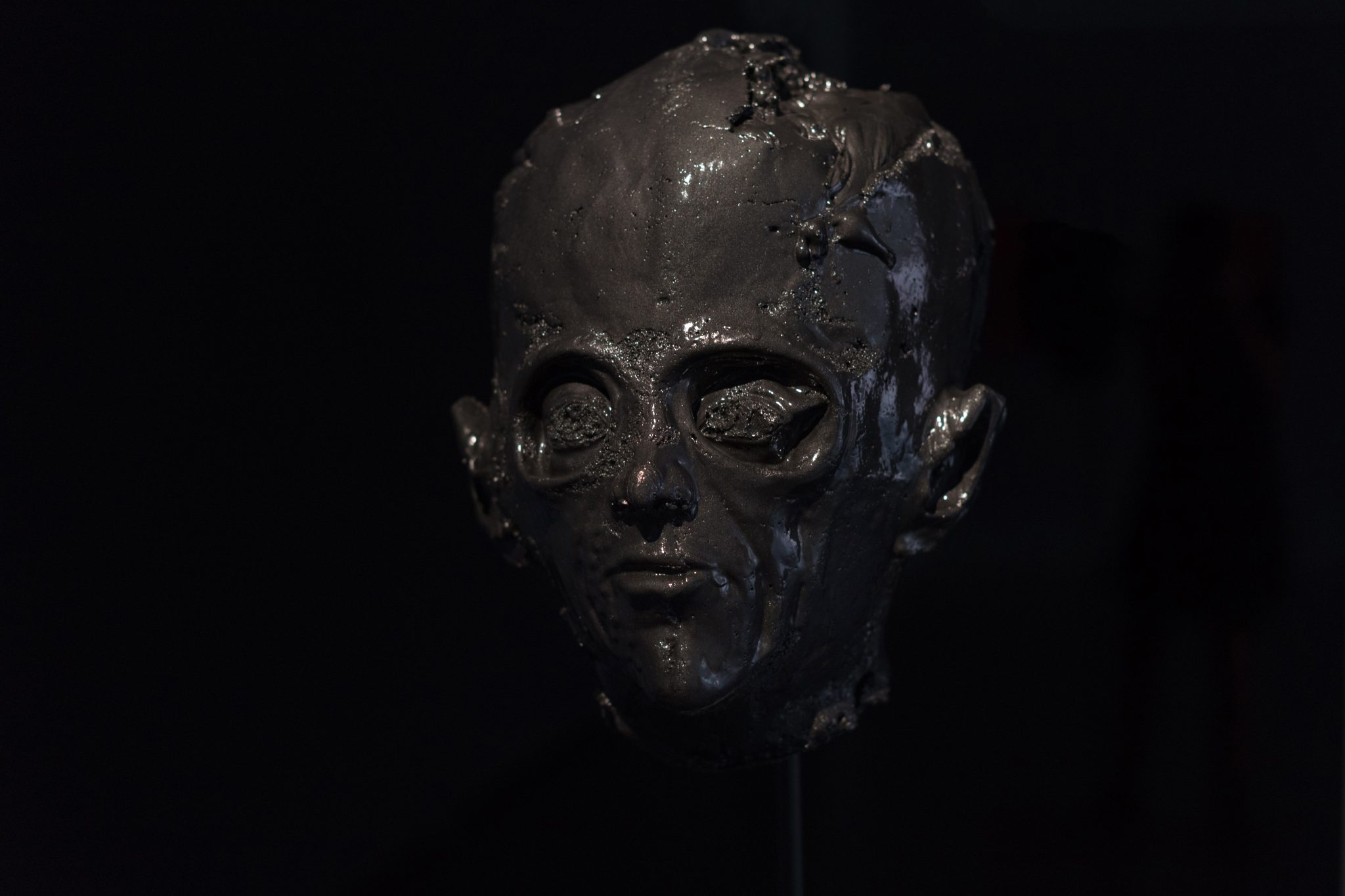 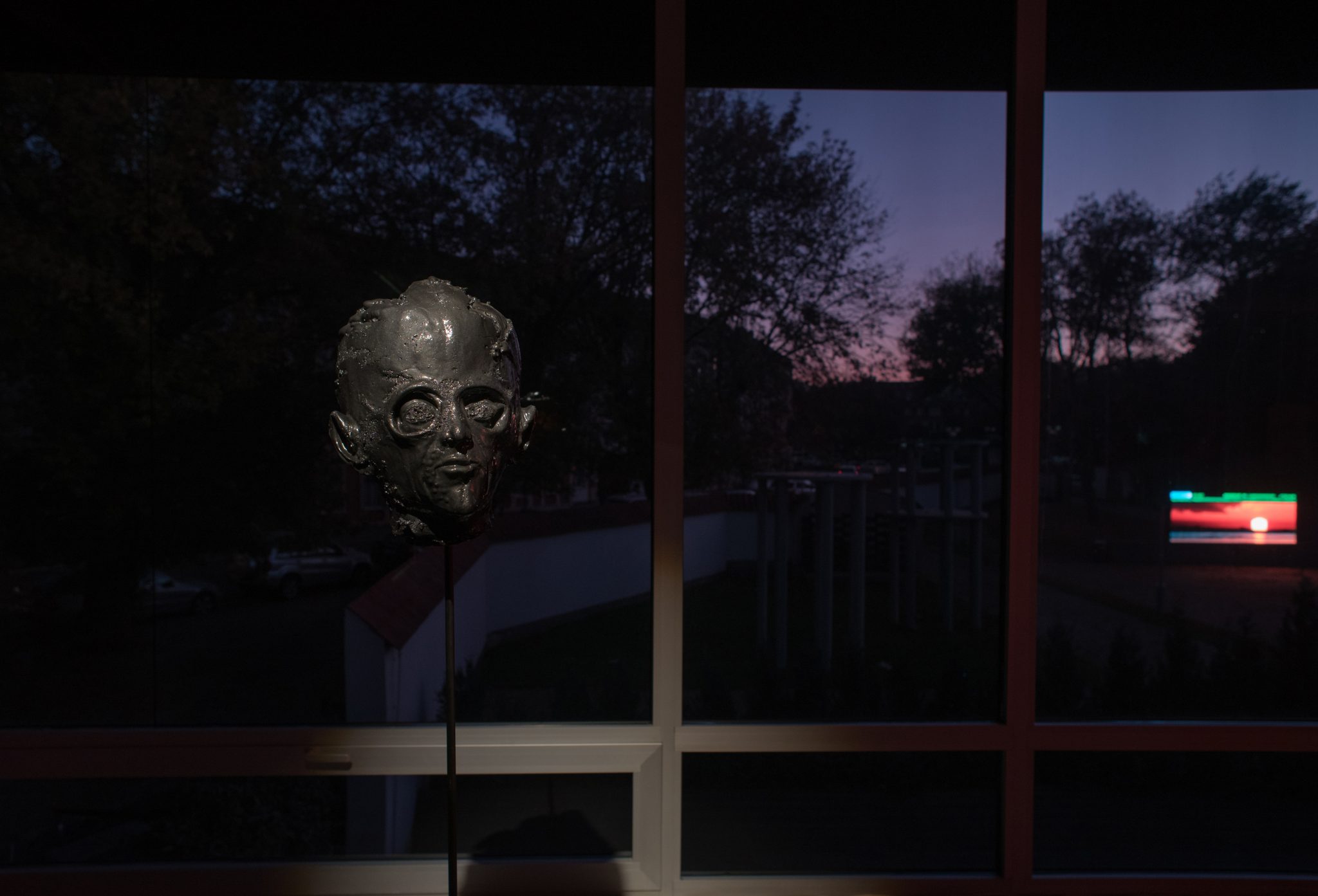 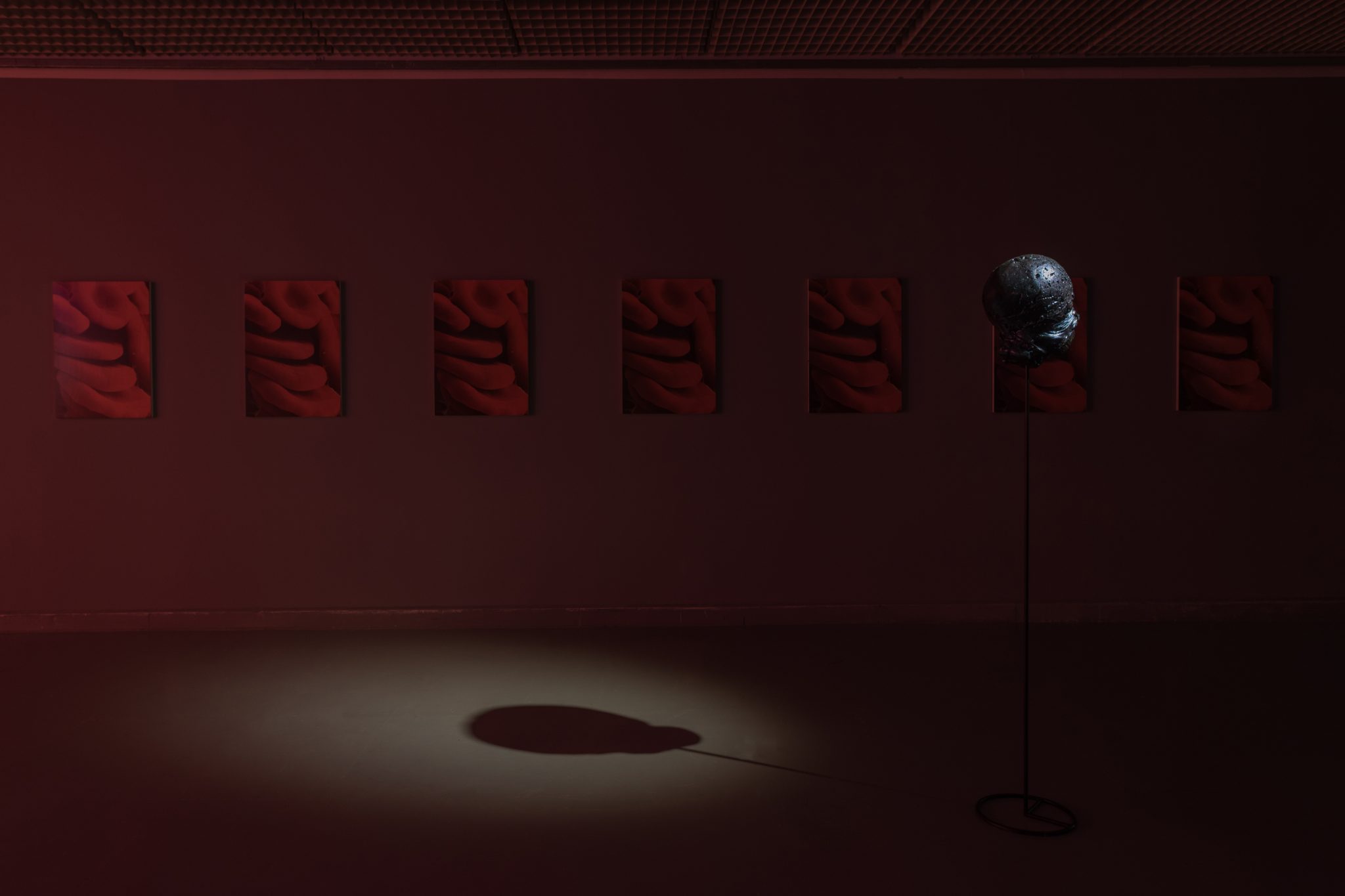 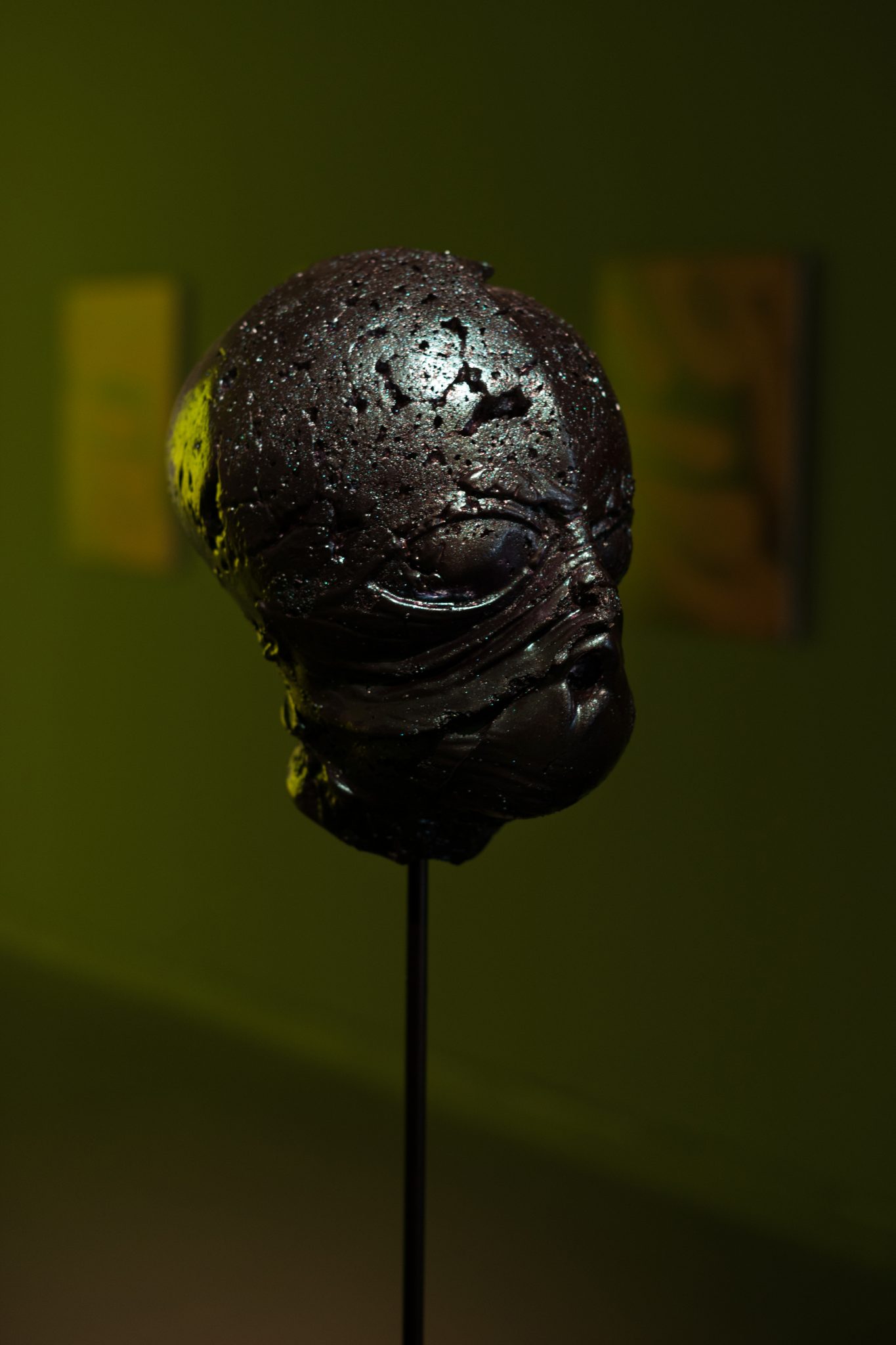 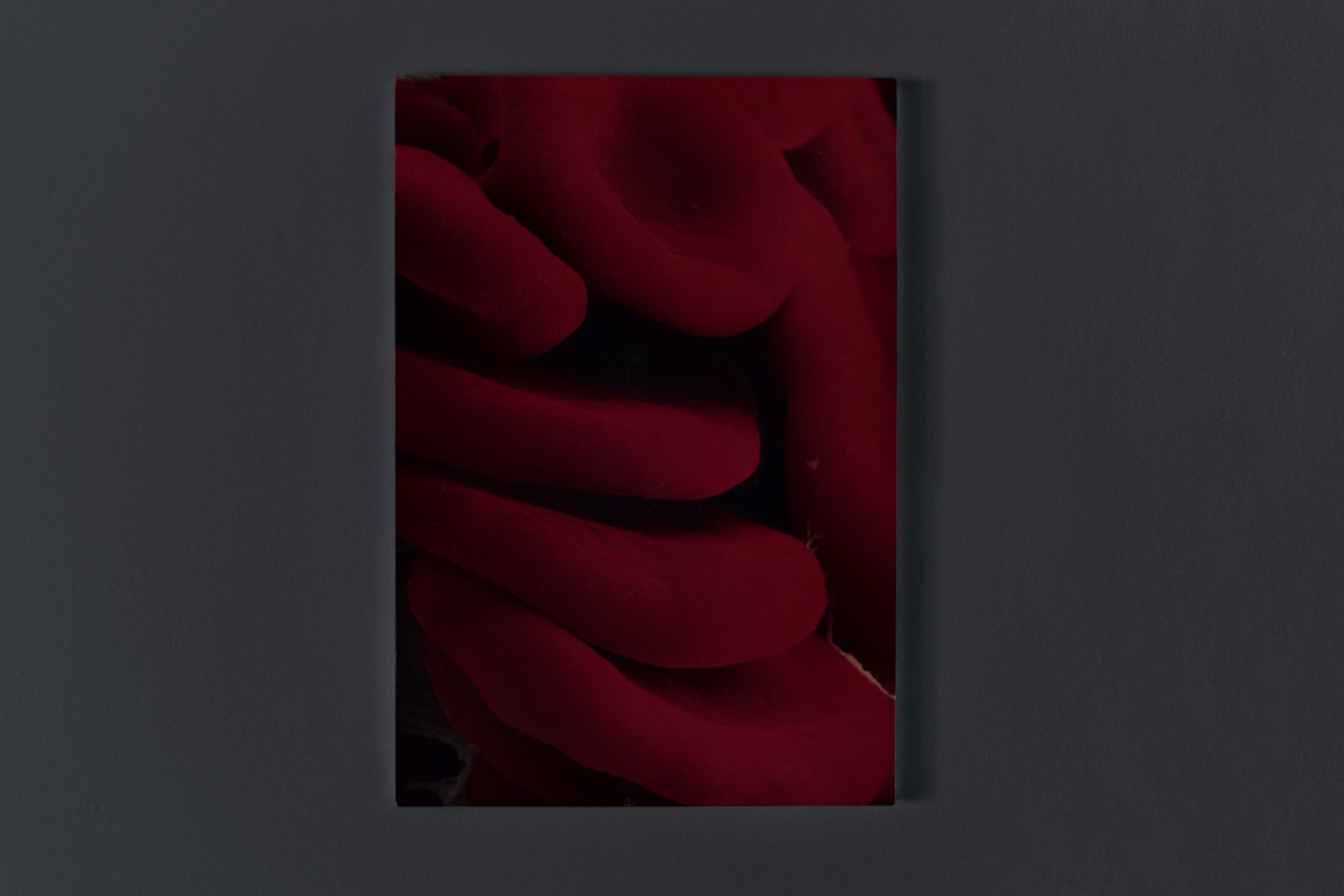