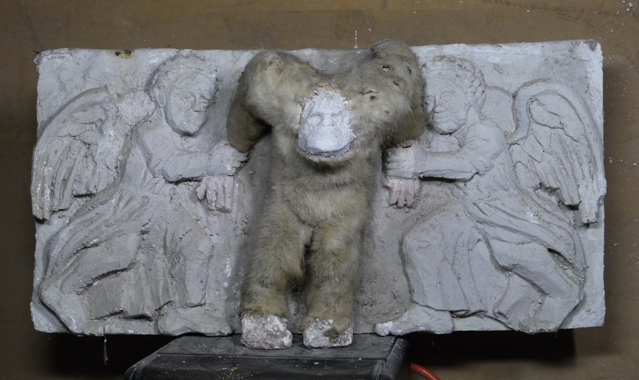 “Sunday” is a personal exhibition by the sculptor Donatas Jankauskas (Duonis). It is hosted in the Big Hall of the CAC. The artist says that all the works he has recently started should be completed and exhibited in it, if everything goes as planned.

A wealth of narratives unfolding at the exhibition can be summed up under such keywords as clash, brutality, aggression, subconsciousness, fantasy, whim, animalistic elements. The fans of Lithuanian contemporary art will recognize the primitive ape-man and the “Mafia Boss” Tony Soprano – these characters keep returning to the works of the artist. The artist is consistently inconsistent: despite a recurrence of motifs and their expressive symbolism, the meaning of the works remains fluid and difficult to pin down. Thick and dense narratives inhabit unfinished trains of thoughts that are as fractured as the materials that Jankauskas uses for his sculptures and installations (or as his laughter).

It can be said that the topic of Jankauskas’ works is culture itself: in the works and in contemplating them there emerge the topics of national identity, art, creativity, representation, control and the self-consciousness of the creator – all of them dazzle with bright colours of a catastrophe (cosmic, existential or mundane?).

Jankauskas was born in 1968 in a small town called Seda. His photographs and sculptures decorate the interiors of several Vilnius’s bars and cinemas, and the masks created by him have played their role in the most famous plays of Oskaras Koršunovas. From the mid-nineties, the massive zoomorphic figures created by Jankauskas temporarily transformed several streets and buildings. The projects and concerts he arranged with a group DDD (Donatas Jankauskas, Dainius Liškevičius, Darius Bastys) were very noticeable for some time in the art world. Jankauskas’ first personal exhibition in the CAC took place in 1999; it was ironically named “Retrospection” and it consistently presented all of the artist’s works created by then, including personal letters and unfinished sketches. One of his most iconic cycles “Marčiurlionis” (named after a famous basketball player, to invoke the romantic myth of a genius in the XXI century) was later also presented there. It was a ritual-like attempt to fuse two different biographies (his own and that of the Classical Master) in the artist’s personality. 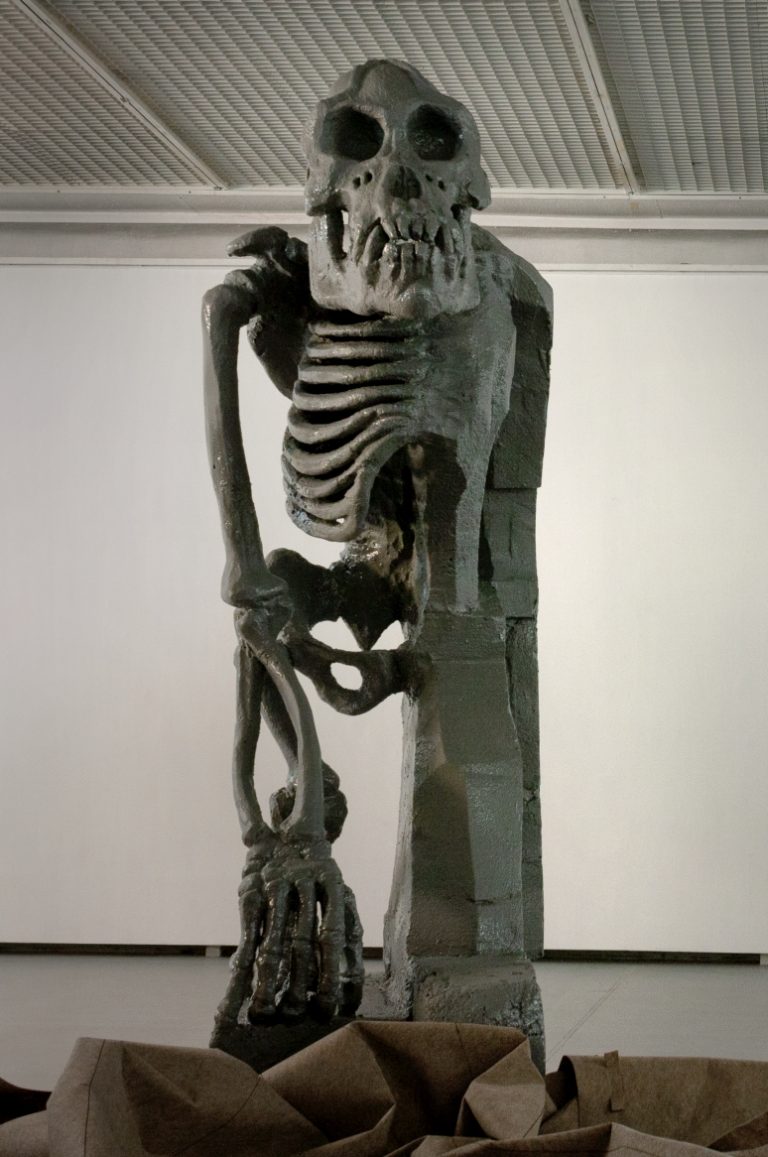 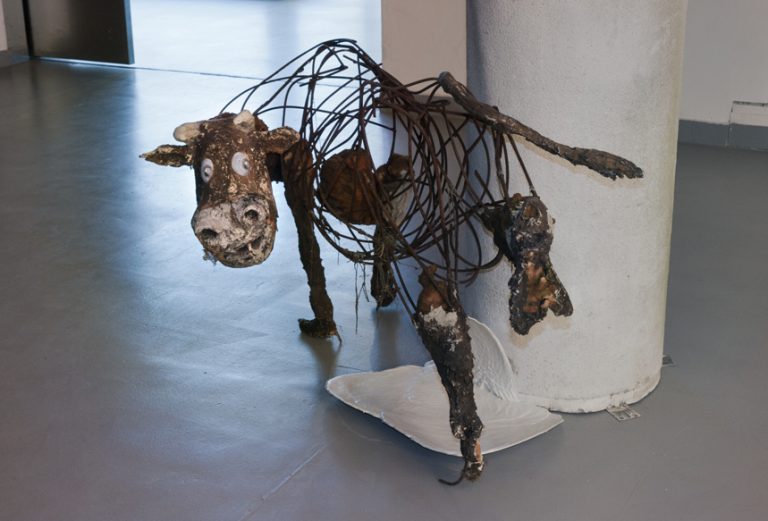 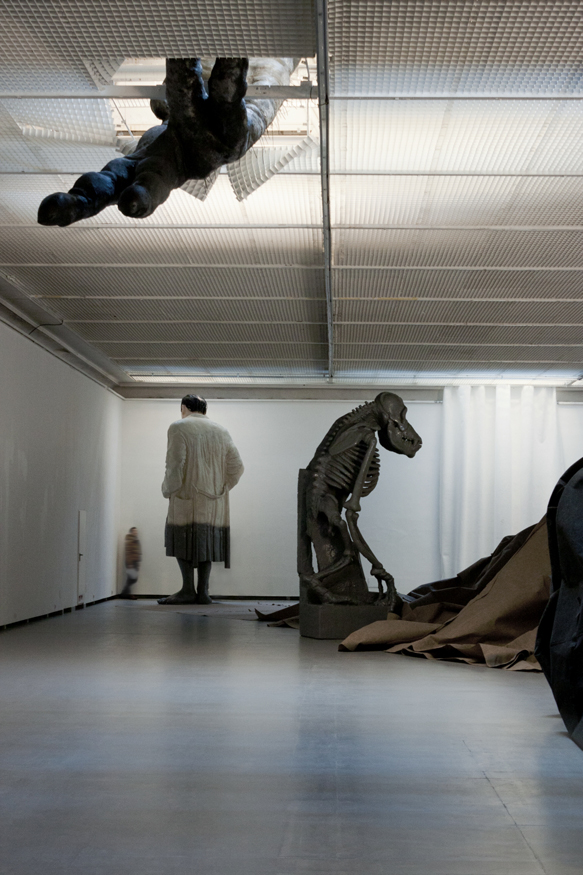 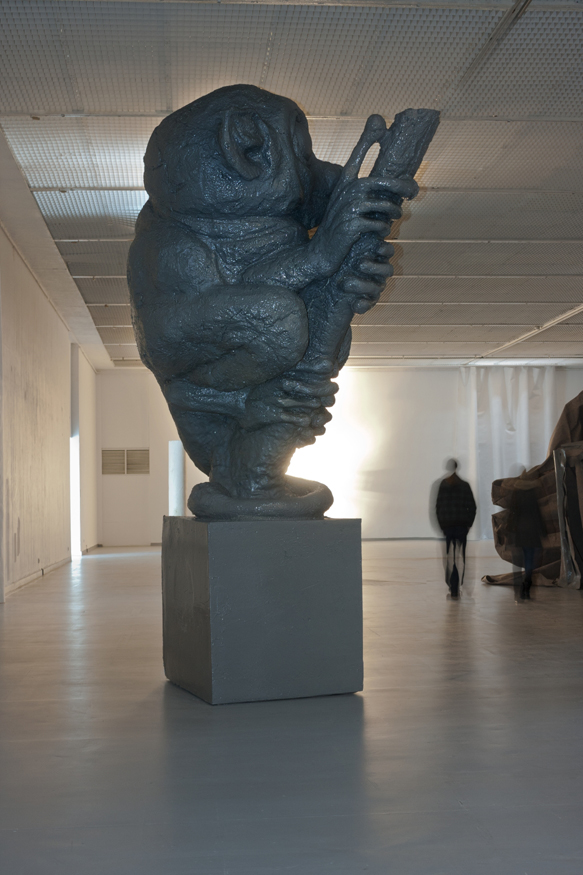 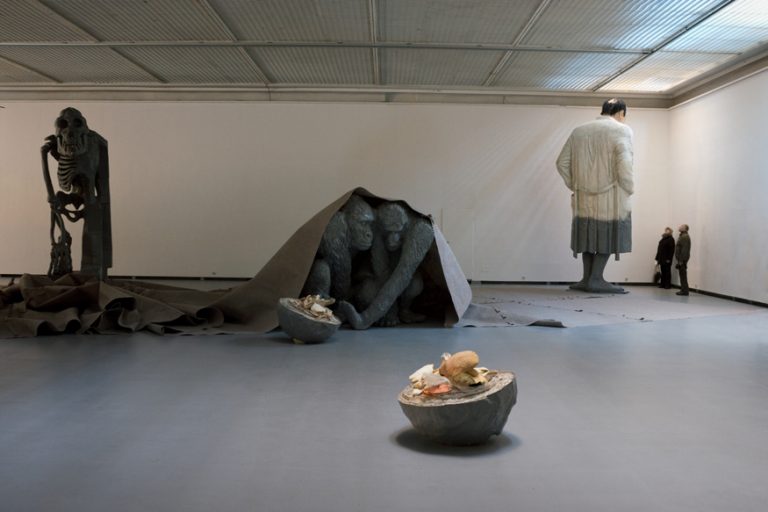 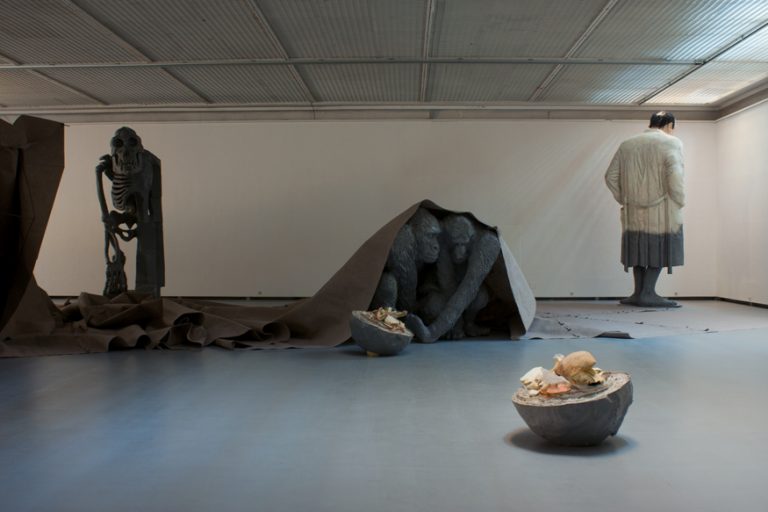 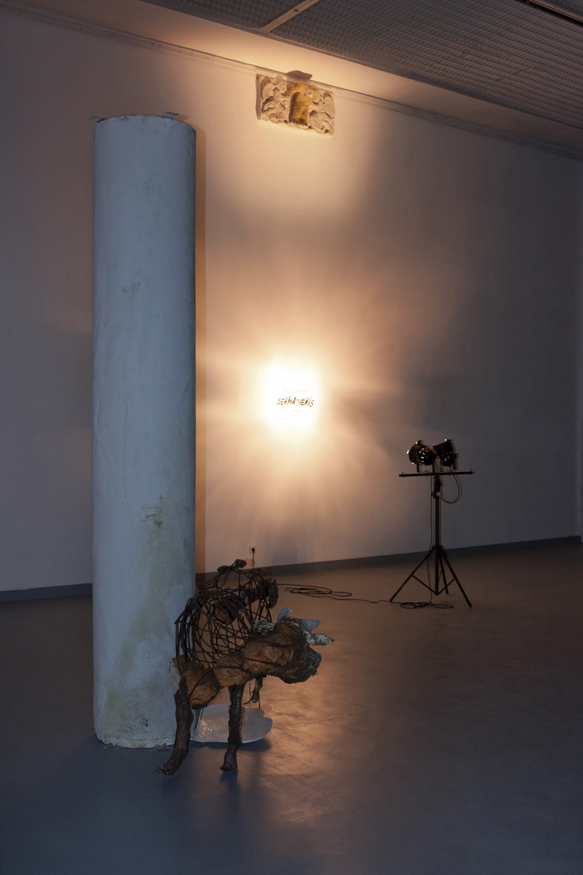 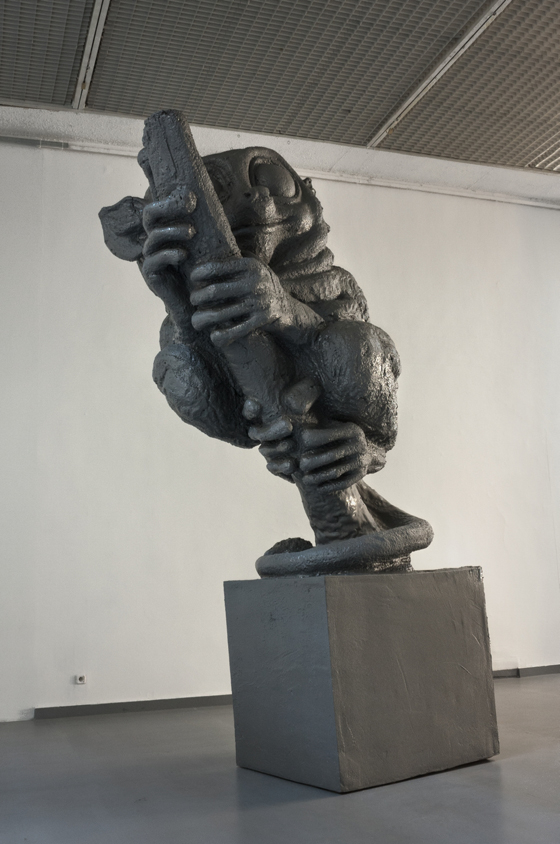 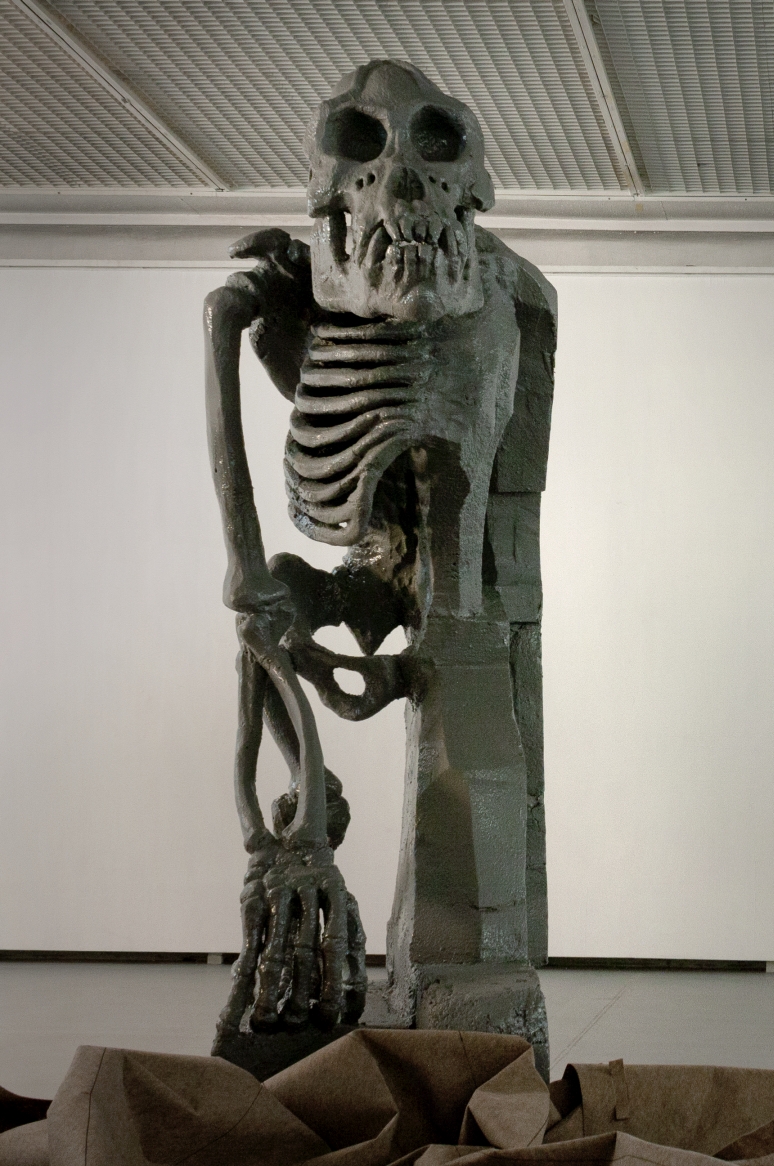 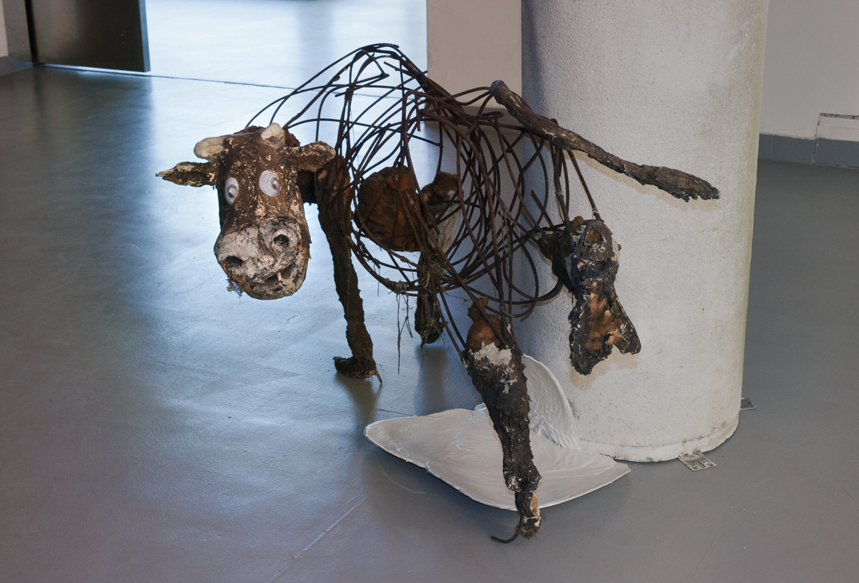 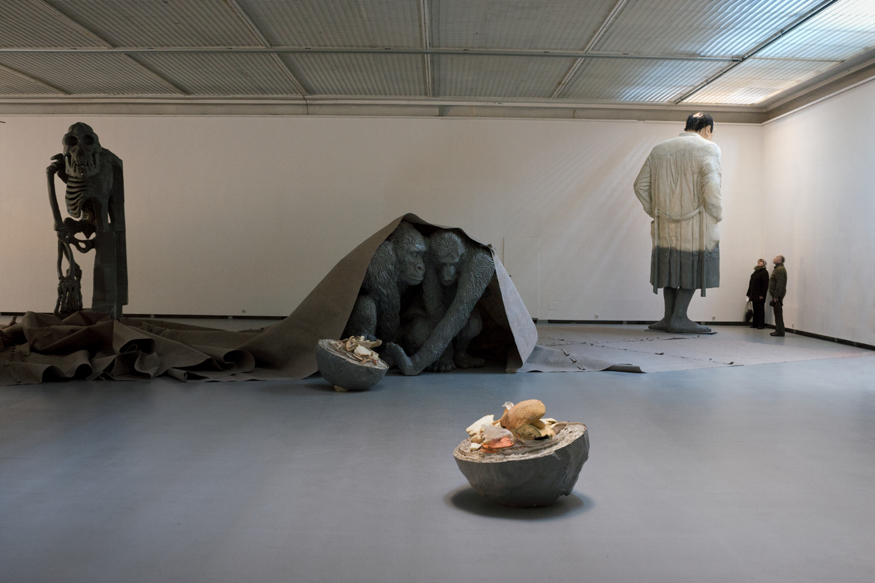 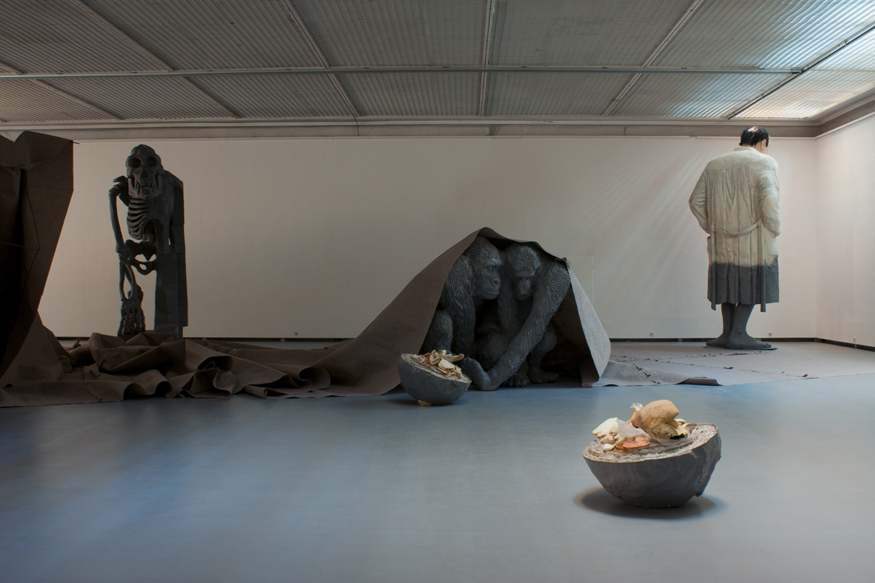