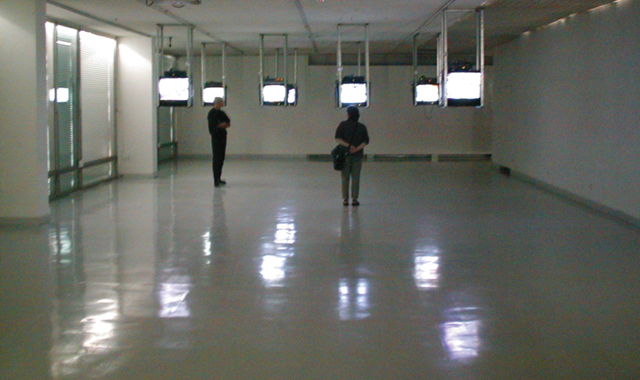 In 1999 she represented Lithuania at the prestigious 48th International Venice Biennial.
Most recent exhibitions of Eglė Rakauskaite include ‘After the Wall’, Moderna Museet, Stockholm in 1999 and the Museum of Contemporary Art Ludwig Museum, Budapest in 2000, as well as ‘Zeitwenden’, Kunstmuseum Bonn; ‘L‘Autre Moitie de l‘Europe’. Galerie Nationale Jeu de Paume, Paris, 2000 and a presentation at the International Short Film Festival, Oberhausen, 2000.

Faces was begun in New York in 1998 and assembled (mounted) later that year for the Venice Biennale. Faces – one of the two continuous projects, will be added to again with new faces during the exhibition at CAC. The author emphasises that this is not a hunt for celebrities, but just people she meets in her daily life.

Street musicians (fixes) the nomadic life of the artist. New cities continousily supplements the gallery of street musicians: New York, Berlin, Vilnius, (Lisboa), London, Kiev, Amsterdam. There are eight musicians shown in this video/sound installation. When approaching a monitor, photosensor activates speakers, thus depending on the number of visitors there are forming various soundscapes.

Filmed especially for the show “Zweitwenden” (Boundaries of the Time) with four cameras and funded by Stiftung fur Kunst und Kultur e.V. Bonn, video was shown in four projections in 1999. It participated in project Flat‘99 and then three tv sets and a projection was used to realise the idea. The view of the latter installation is demonstrated during the exhibition. 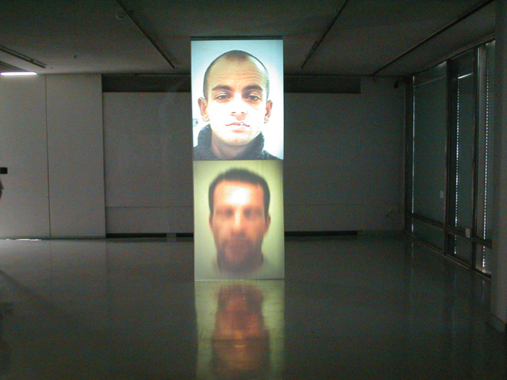