Footnotes. Every Artwork as a Different Entry to the Same Show 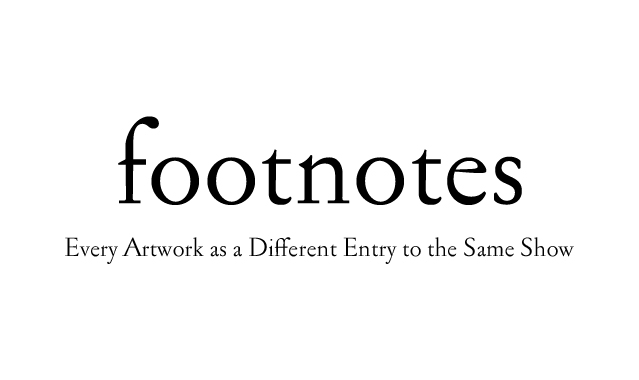 “I admit my lack of imagination. When I go to an exhibition, I very often catch myself feeling as if I’m in a famous scene from the 1999 movie Being John Malkovich. In this scene, the protagonist John Malkovich, impersonating his fictional self, enters his own consciousness through an unexpectedly discovered portal and meets alls kinds of his own alter egos – in this scene, every Other (including language) is an equivalent of Malkovich’s character. You must have seen it. Why do I feel this way? I will explain shortly.

I suggest you conduct a small experiment and imagine an exhibition not as a sum of all the physical works that make it up, but rather as a space for the viewer’s encounter with the works, where the exhibition is an indivisible unit, a qualitatively new integral space. How can we speak about such a subjective space?

Vladimir Nabokov’s novel Pale Fire (1962) consists of two structural parts – the 999-lines-long heroic poem Pale Fire, written by the fictional author John Shade, and the commentary to this poem by the scholar Charles Kinbote, Shade’s neighbour and colleague. Together these two parts form a narrative in which both authors are simultaneously the protagonists. Similarly, returning to the topic of exhibition-going, any exhibition is at the very least a binary system. First, the works in an exhibition are comments of the exhibition space, collectively created by all the featured works, and, second, they are works in themselves, because, apart from a few exceptions, they were such before the exhibition and will remain such after it is over.

Let us continue this experiment. Imagine yourself simultaneously entering the same space – say, an exhibition space – through different doors: six of them, for instance, or, better yet, twelve, and all of you meeting inside. Twelve of you, almost identical, in one space. Almost – because all of you would have come in through different doors, and therefore a minuscule portion of the information you have would be different. I’m curious what kind of conversation you would have.

I must repeat: I lack imagination. But you certainly know what you would be talking about, don’t you?”

And other people don’t have it
A performance installation. 2011
Michael Portnoy

This performative work is constituted by the blacking out of one of the gallery attendant’s teeth with black tooth wax everyday of the exhibition. It is accompanied by an explanatory story told by the gallery attendant, but only if asked.
The work is installed into the same physical space as the piece Über Vladimir by Ieva Misevičiūtė. Since both works are installed on the same tooth, every morning the gallery attendant flips a coin to determine which work is installed first (bottom layer – obscured) and which installed second (top layer – visible).
Michael Portnoy (USA, b. 1971) is a New York-based artist, musician, and Director of Behavior. His practice spans dance-theatre, vocal power-tools, Relational Stalinism, reptangles, experimental stand-up, prog-operatic spectacle, abstract gambling, 3-person nightclubs, the improvement of biennials, and Icelandic cockroach porn.

Bookcatalogtest
Triin Tamm
Book. 2012
Based on Swiss psychiatrist Moritz Tramer’s Bücherkatalogtest from the 1950s, this personality test “tries to evoke different interests that lie buried deep down in each of us” using 432 book titles as a method of examination. A comprehensive user’s manual may be found at the end of the book.
Triin Tamm (EE, b. 1982) lives and works.

Deviationist #01
Steinar Haga Kristensen
Two channel video, length 03:15 min. 2009
Steinar Haga Kristensen (NO, b. 1980) lives and works in Brussels, Belgium.
While both poetic and satirical, his work seeks to unveil the positive lingual potential inherent in an exuberant modernity, while perverting contemporary superfluity and redundancy.

Endless staccato
Morten Norbye Halvorsen
Plastic, paint, attaches parisiennes. 2012
Morten Norbye Halvorsen (NO, b. 1980) is Berlin based Norwegian artist. He is predominantly working with sound, sculpture, photography and performance. In his work stories and scenes are guided by props, images, music, recordings and concert appearances.

Julia’s Wild
Mikko Kuorinki (FI, b. 1977) is an artist who was born in Rovaniemi and lives in Helsinki.
Seven inch record made out of concrete containing a reading of Louis Zukofsky’s poem Julia’s Wild (1960). Technical realisation of the record by Topi Äikäs.

Louis Zukofsky (US, 1904-1978) was an American poet. Born in New York to Lithuanian Jewish parents, he was one of the founders and the primary theorist of the Objectivist group of poets and thus an important influence on subsequent generations of poets in America and abroad.

K
Karl Holmqvist
Book. 324 pages. 2012
A new artist’s book K from Karl Holmqvist explores different levels of textual interaction with art. Both as concrete poems or language ‘drawings’, where words and letters come to form pattern and repetitions somewhere between sense and non-sense, figuration and abstraction. Substantial parts of the book’s material are in fact gathered as ‘loans’ from other artists, forming something of a mini-collection of languageart practices and references from Zürich and Berlin Dada, Futurism, Vorticism, Lettrisme and onward to more contemporary formulations from artists such as Ferdinand Kriwet or Shannon Ebner.
Karl Holmqvist (SE, b. 1964 in Västeras) lives and works in Berlin and Stockholm.

Knowledge is Good
Jacopo Miliani
Video, 1h 44min, sound 2’54’’. Book: 134 p. 2012
Animal House was the first film produced by National Lampoon, the most popular humour magazine on college campuses in the mid-1970s. National Lampoon’s Animal House has been a cult movie for different generations and many legends are circulating around this topic. Knowledge is good appears in the opening titles as motto engraved on the statue pedestal of the fictional character Emil Faber.

In the work Knowledge is Good – composed by a video and a book – there are illustrated more than 130 associations between the movie and famous works of contemporary art. The process of association is very free: sometimes the connections are motivated by a visual reference, sometimes are linked for an ironic idea.
Jacopo Miliani (b. 1979 in Florence) lives and works in Milano, Italy.

Switzerland of America
Morten Norbye Halvorsen
240 glass slides, slide projectors, colour filters, sync and dissolve-unit, sound. 2010
Although it is the name of a real place in Colorado, USA, the artist uses it more as a pointer to an imaginary place, projecting the idea of a constructed ideal, within a graphic frame: design, scale and print.

Über Vladimir
A performance installation. 2011
Ieva Misevičiūtė
This performative work is constituted by the blacking out of one of the gallery attendant’s teeth with black tooth wax everyday of the exhibition. It is accompanied by an explanatory story told by the gallery attendant, but only if asked. The work is installed into the same physical space as the piece And other people don’t have it by Michael Portnoy. Since both works are installed on the same tooth, every morning the gallery attendant flips a coin to determine which work is installed first (bottom layer – obscured) and which installed second (top layer – visible).
Ieva Misevičiūtė (LT, b. 1982) is a New York and Vilnius based artist-curator.

With the support of Nordic Culture Point 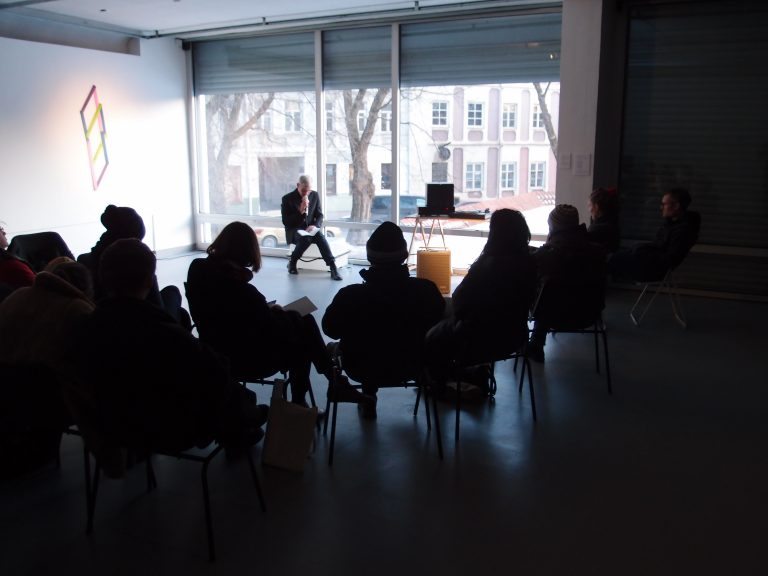 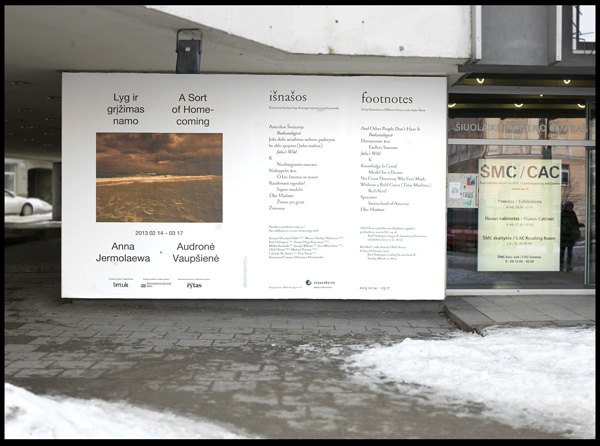 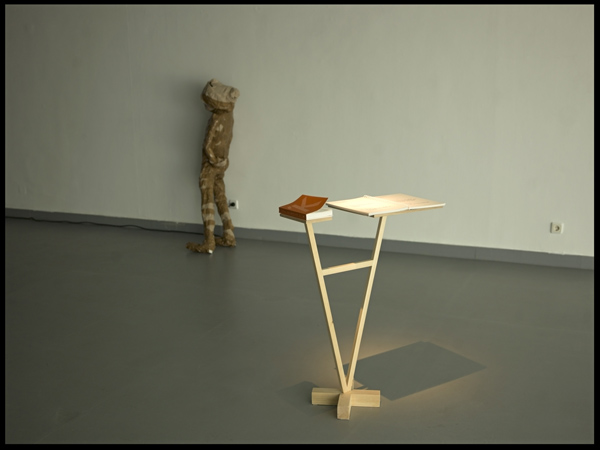 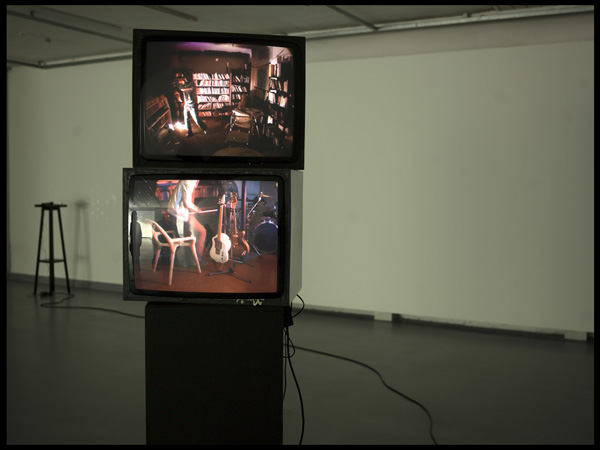 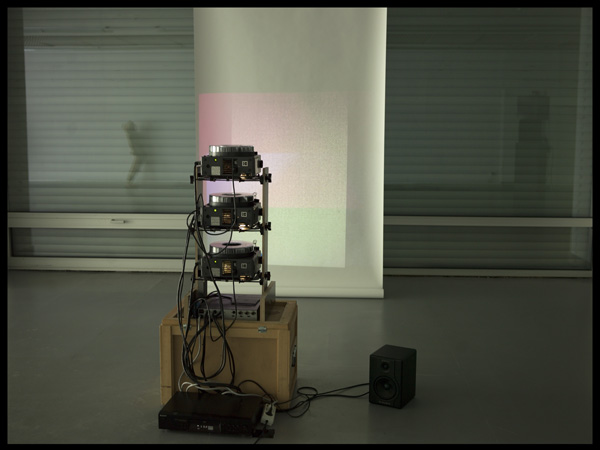 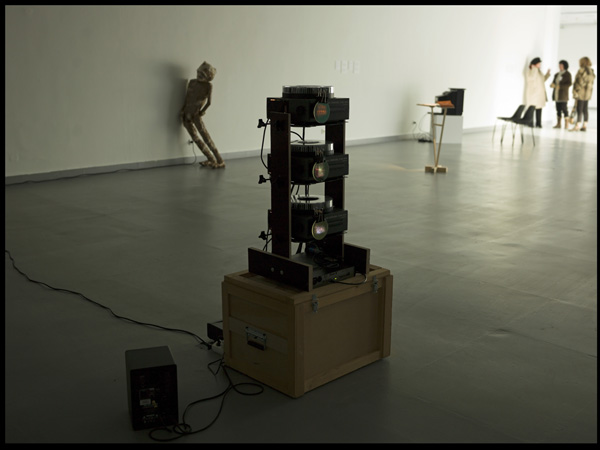 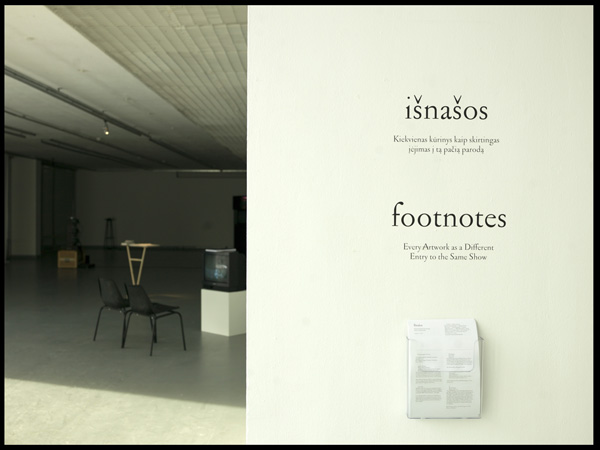 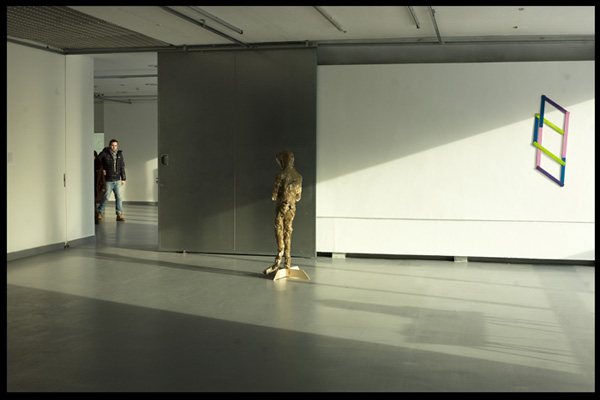 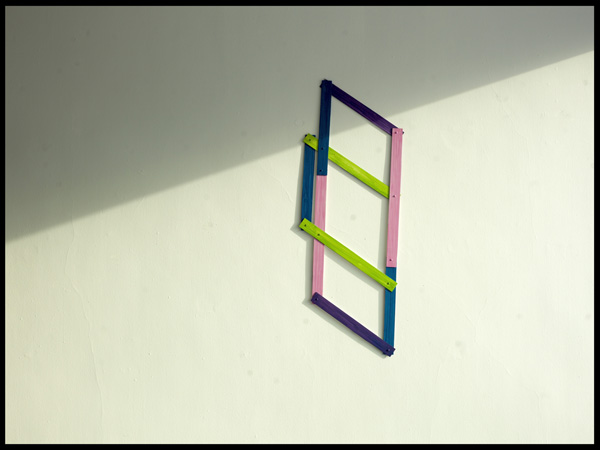 Footnotes. Every Artwork as a Different Entry to the Same Show
Close 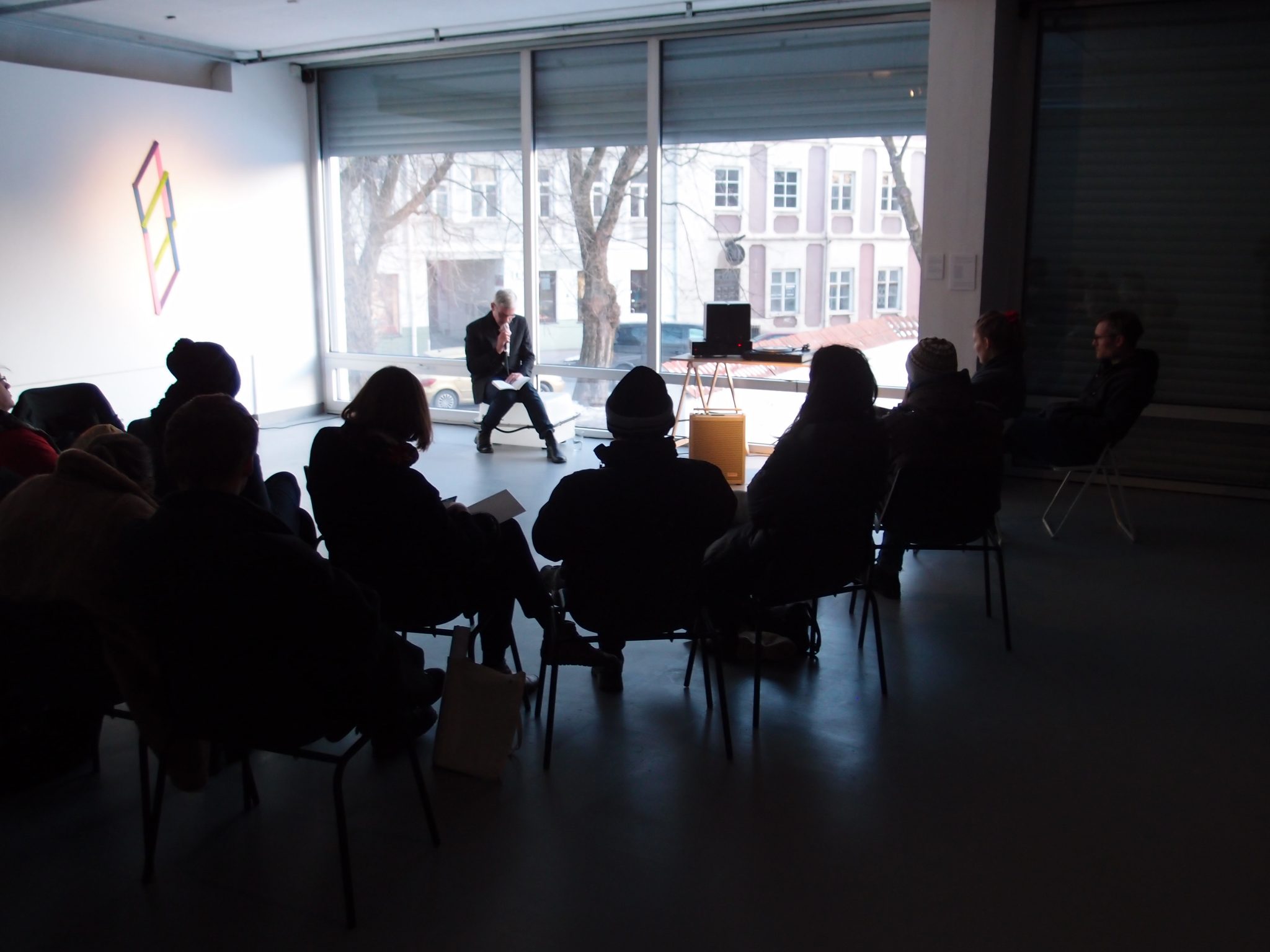