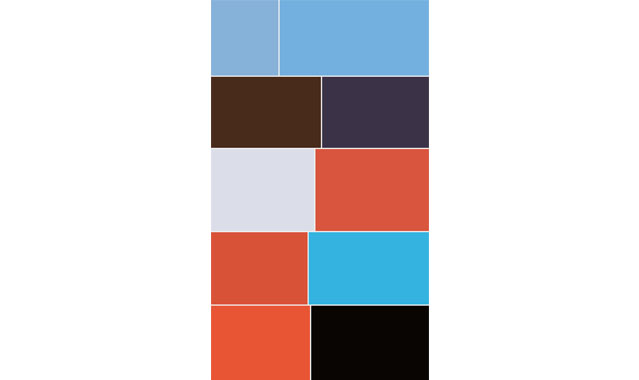 The exhibition, “Absence of Experience” features 2 Seconds of Colour, a work which began with a Google image search for “Isis beheadings” after photographs and films of the Islamic State’s executions circulated in the media from 2014. When these images failed to load fully during the search, they appeared as an arrangement of monochrome blocks of colours. Google had displayed whichever pixel was the most dominant in each picture: the black of the executioner’s garment, the orange of the victim’s jumpsuit, the yellow of the desert sand. 2 Seconds of Colour takes these colours as compositions which are arranged as a series of monolithic blocks. A sound piece audio-describing the footage of the execution accompanies the work.

The contradiction between the violent content from which the piece is derived and the sculpture’s solemn, abstract form forestalls both a voyeuristic consumption of images of violence and a tendency to turn away from them in horror. By refusing to disclose its content immediately and easily, the work grants the viewer the time and space to critically engage with and remember violence. 2 Seconds of Colour acts as a memorial, harnessing abstraction as a means through which violence can be represented, considered and interrogated. But with the blocks’ unnervingly bright surfaces, which make them appear just as much like advertising billboards or minimalist works of art, 2 Seconds of Colour also points to the violence of representation itself. By creating aesthetic objects from these images of the executions (which themselves were known to be carefully “composed” by Isis) Indrė Šerpytytė draws attention not only to Isis’s own politics of aestheticizing violence but also to how the work is itself, in a way, an act of violence in further aestheticizing those images.

In the exhibition, viewers are compelled to contend with these issues not just through sight and mind but with their bodies too as they walk around and stand before the blocks. This acts to counteract the disembodied ease and speed with which we consume images of violence in the media today. If Absence of Experience functions as a memorial, it serves to remember not just a violent event but also the body that suffered there, even if such a body is not explicitly seen. Such a memorial is necessarily incomplete, highlighting not just the irretrievable loss of the victim, but also the sheer difficulty of representing and remembering violence, trauma and loss. As Šerpytytė emphasises, representations of and memorials to violence and trauma can never grant the satisfaction of completion and closure: absence must always haunt representation. 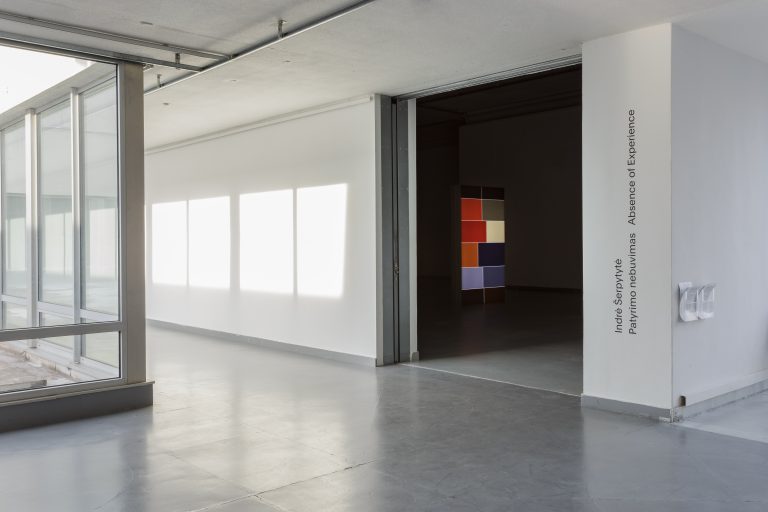 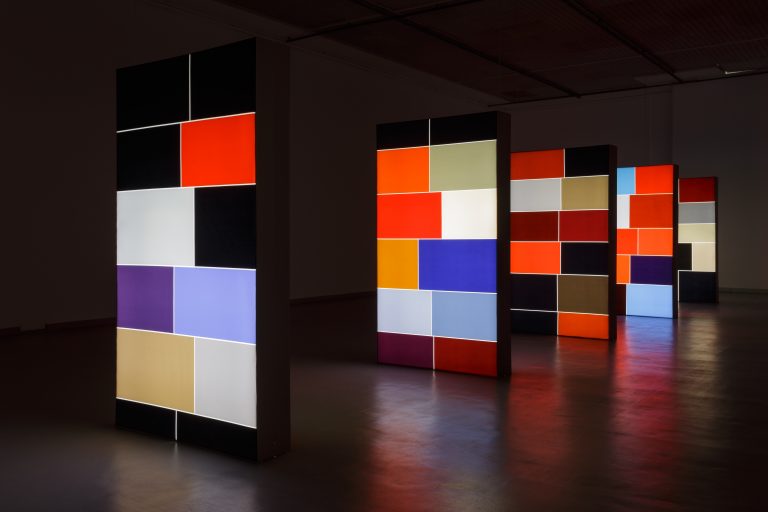 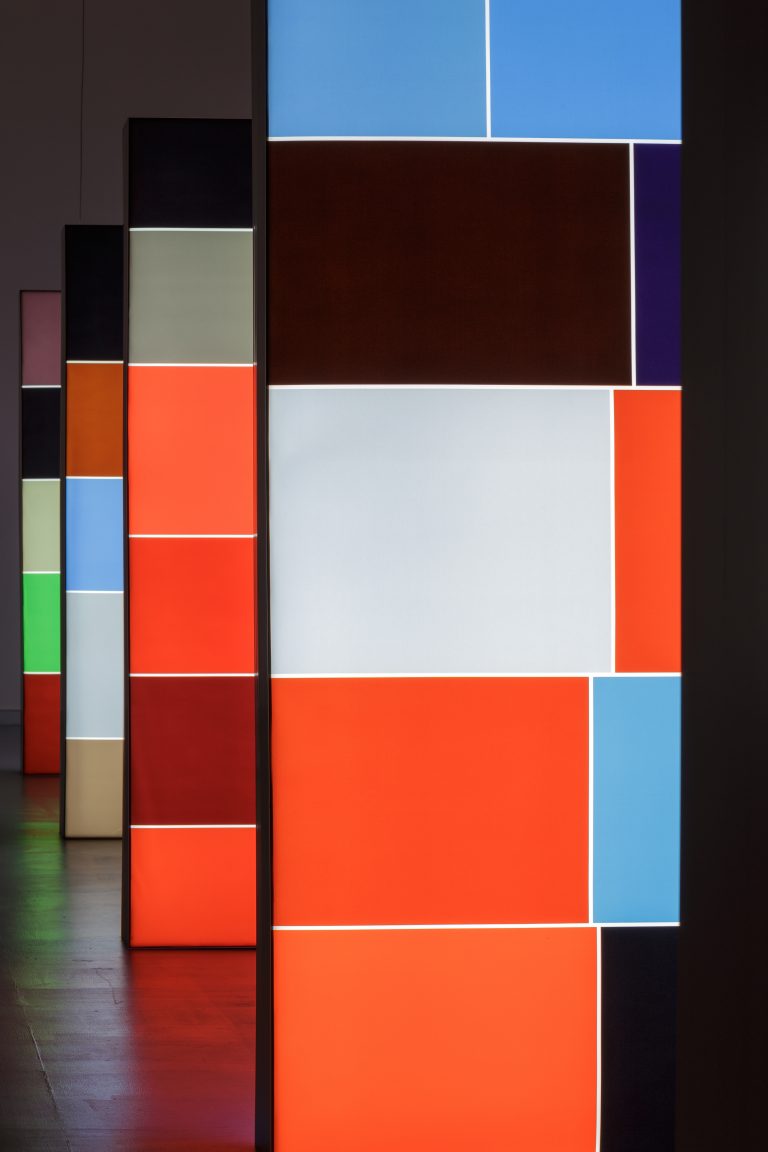 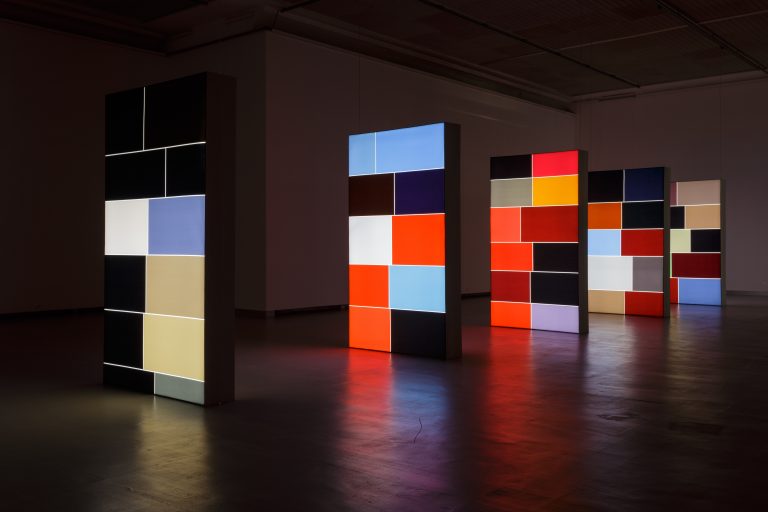 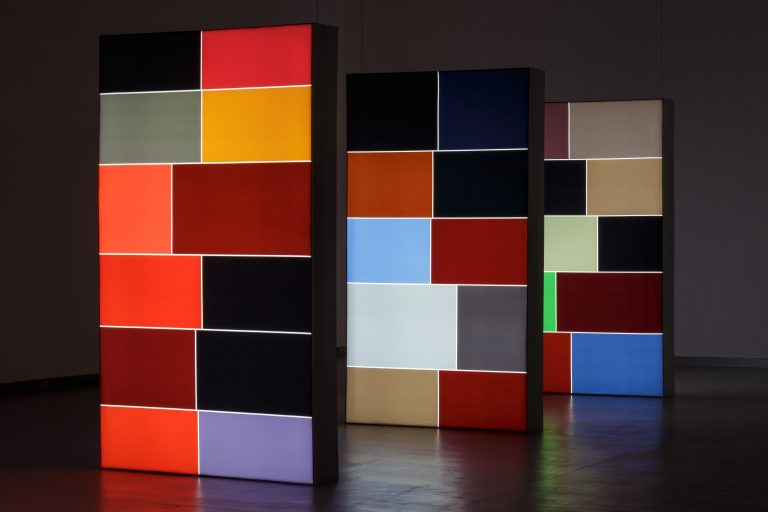 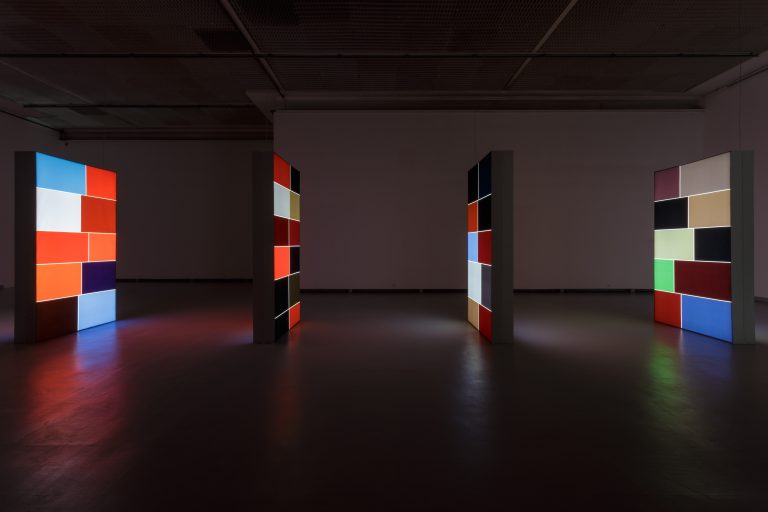 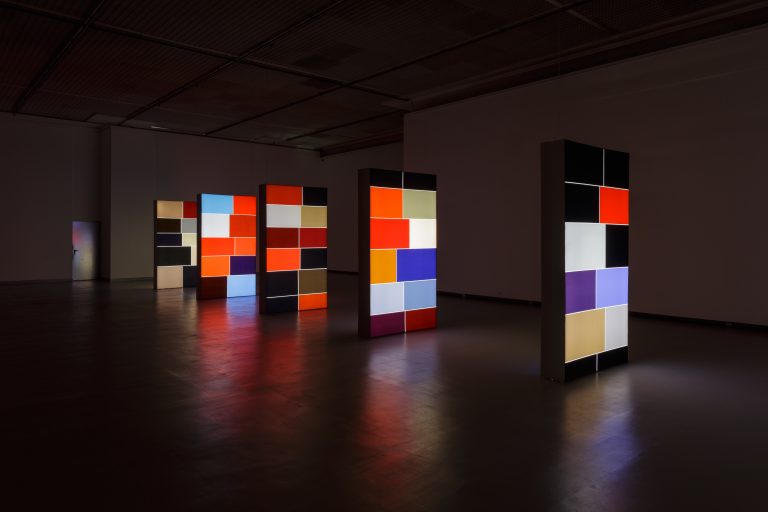 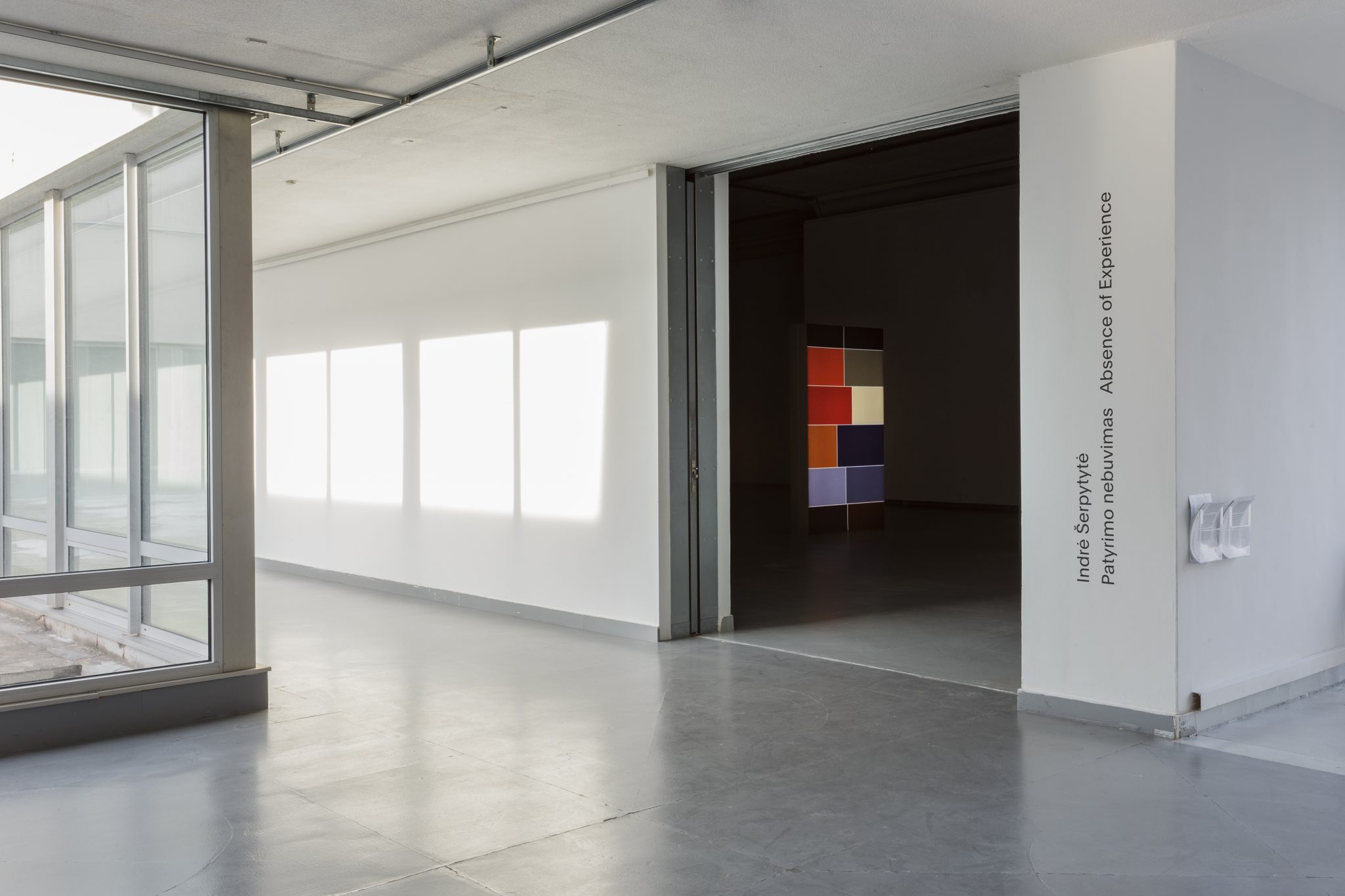 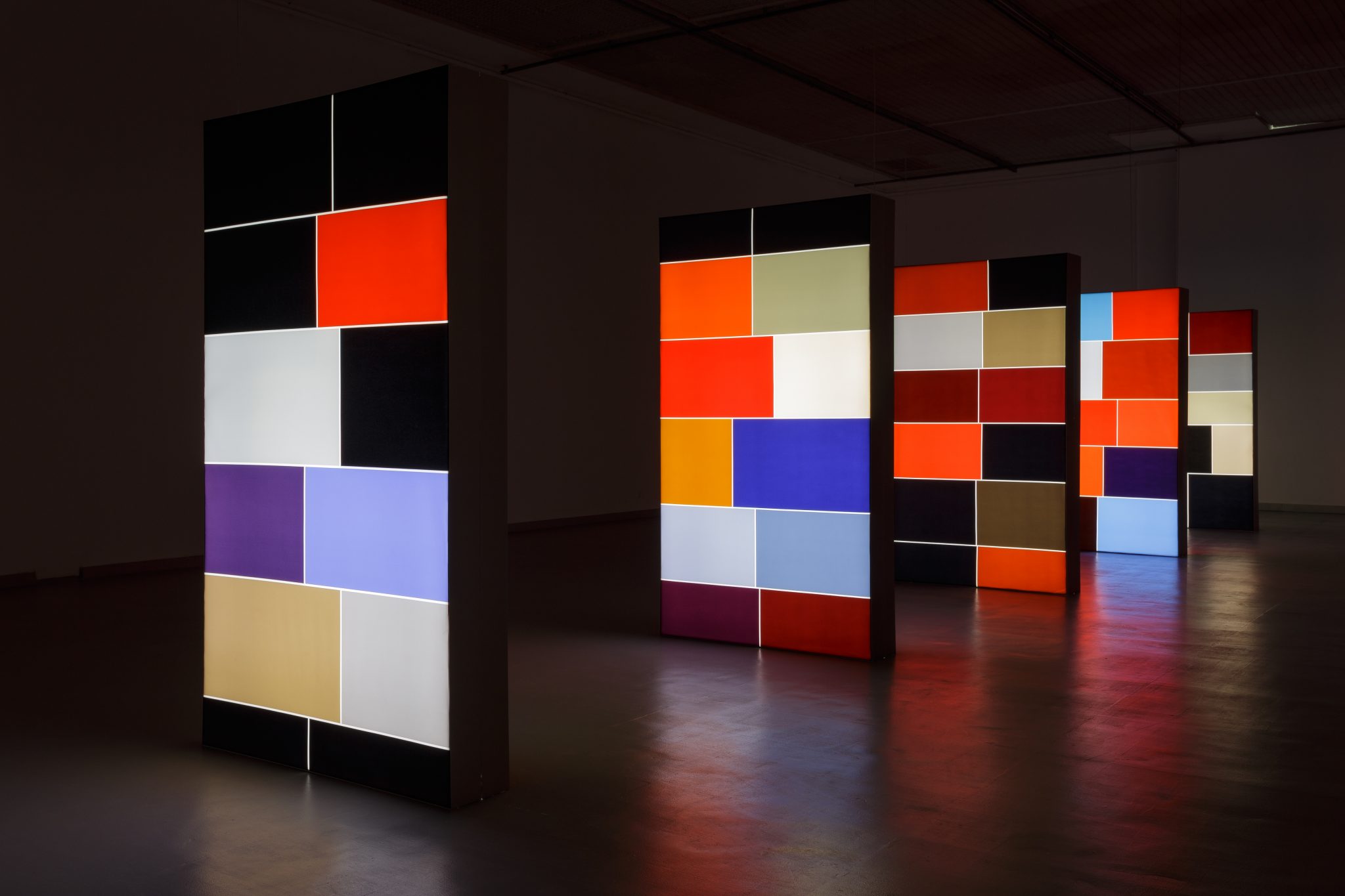 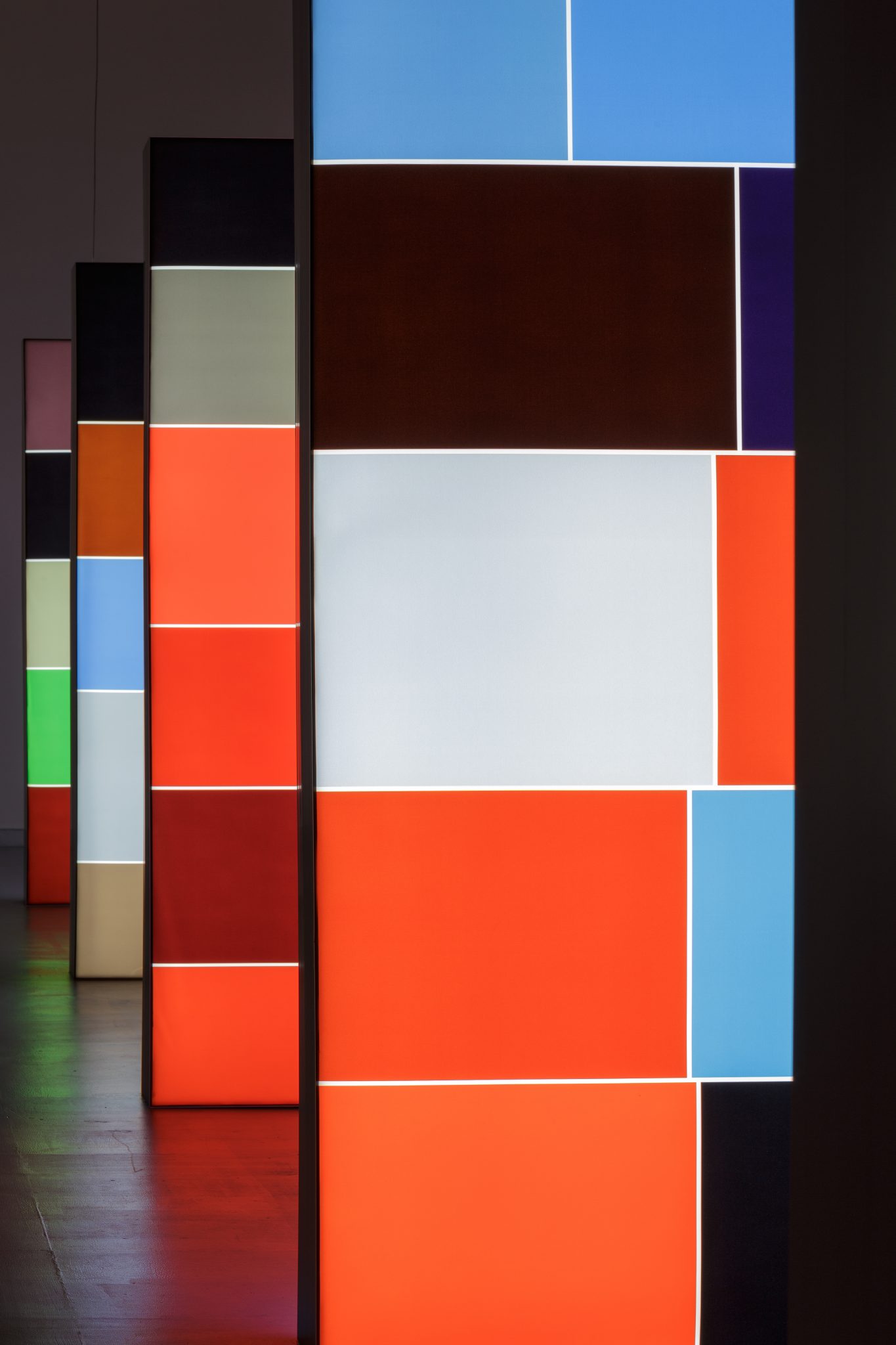 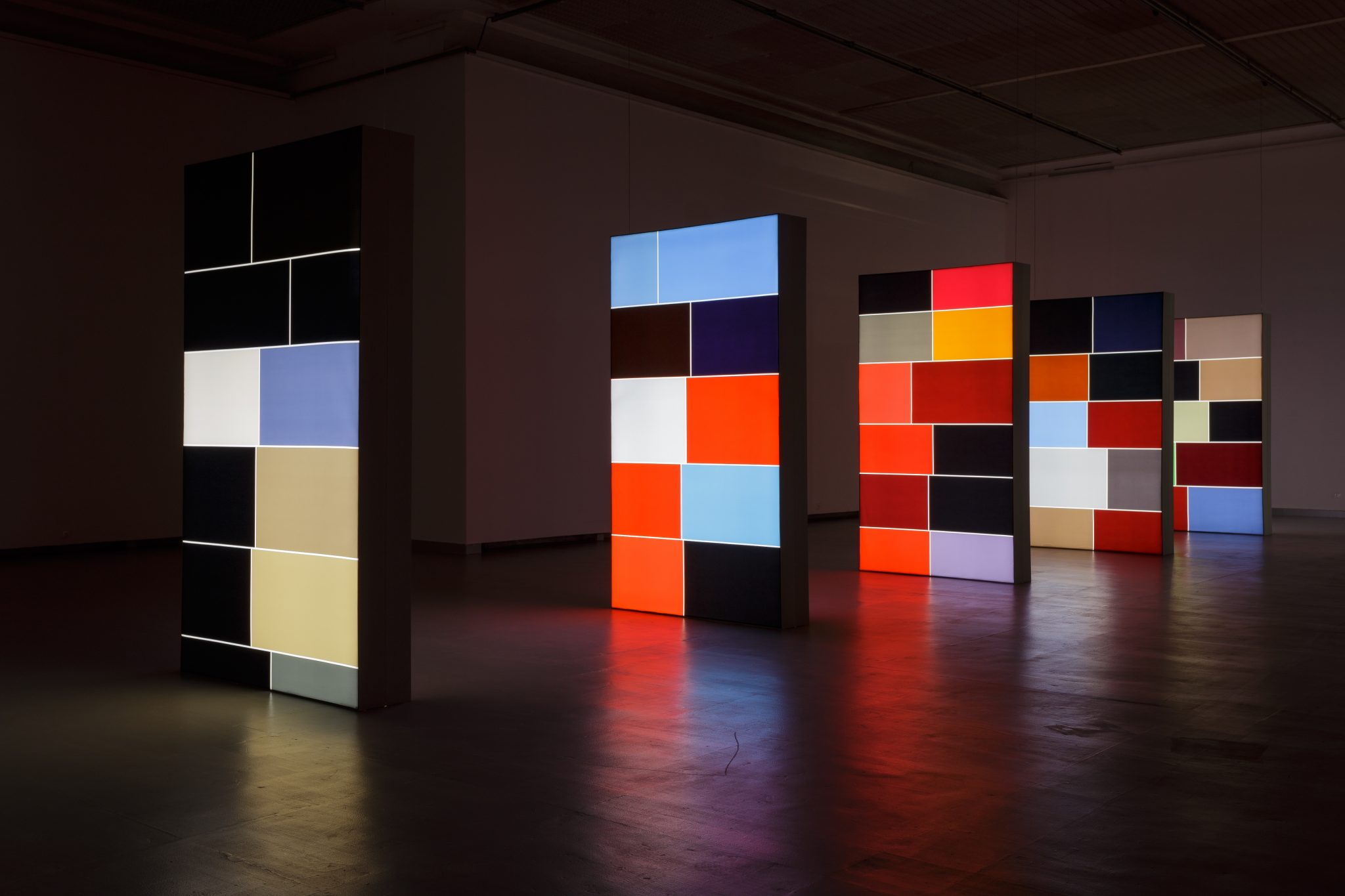 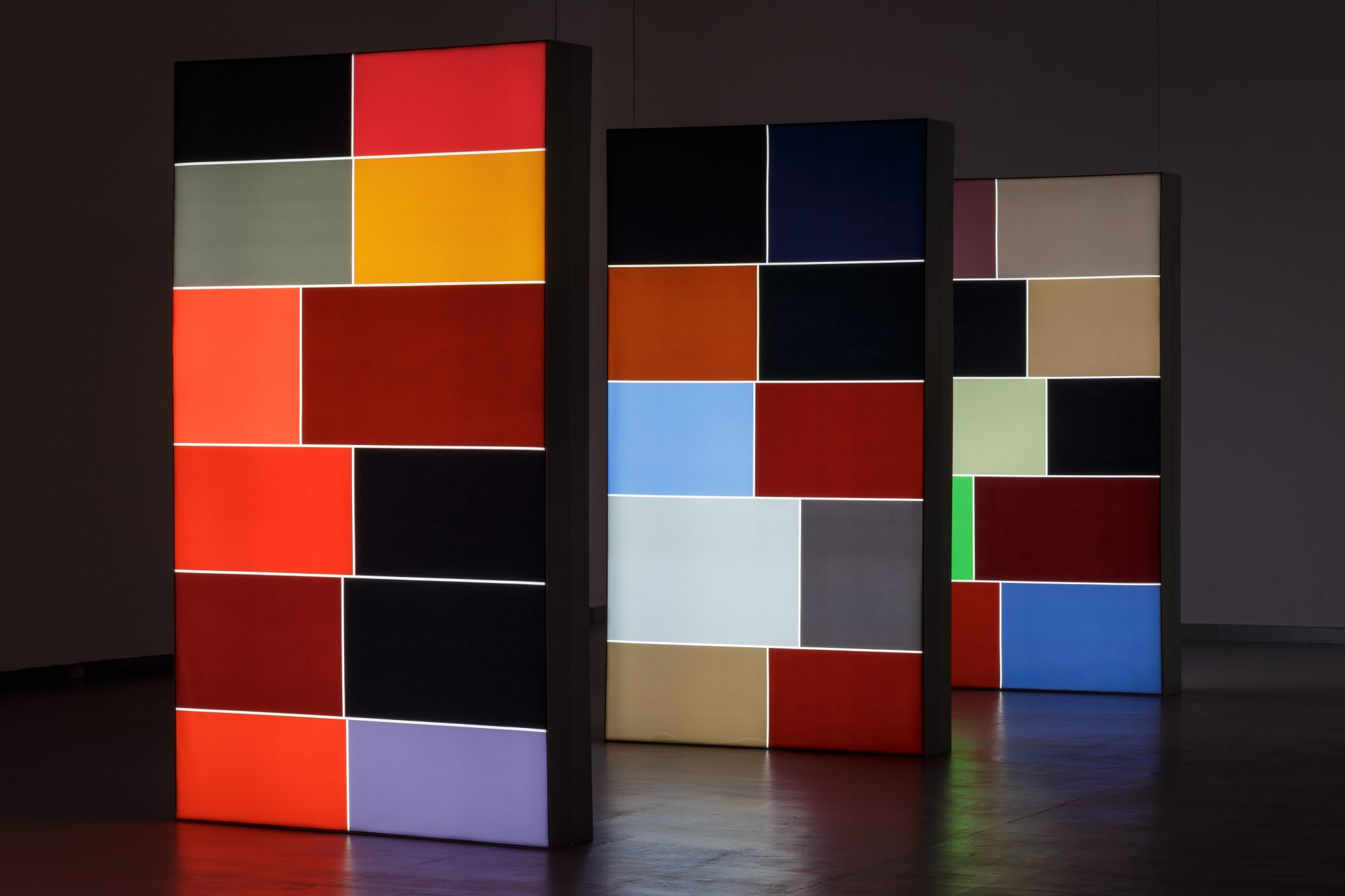 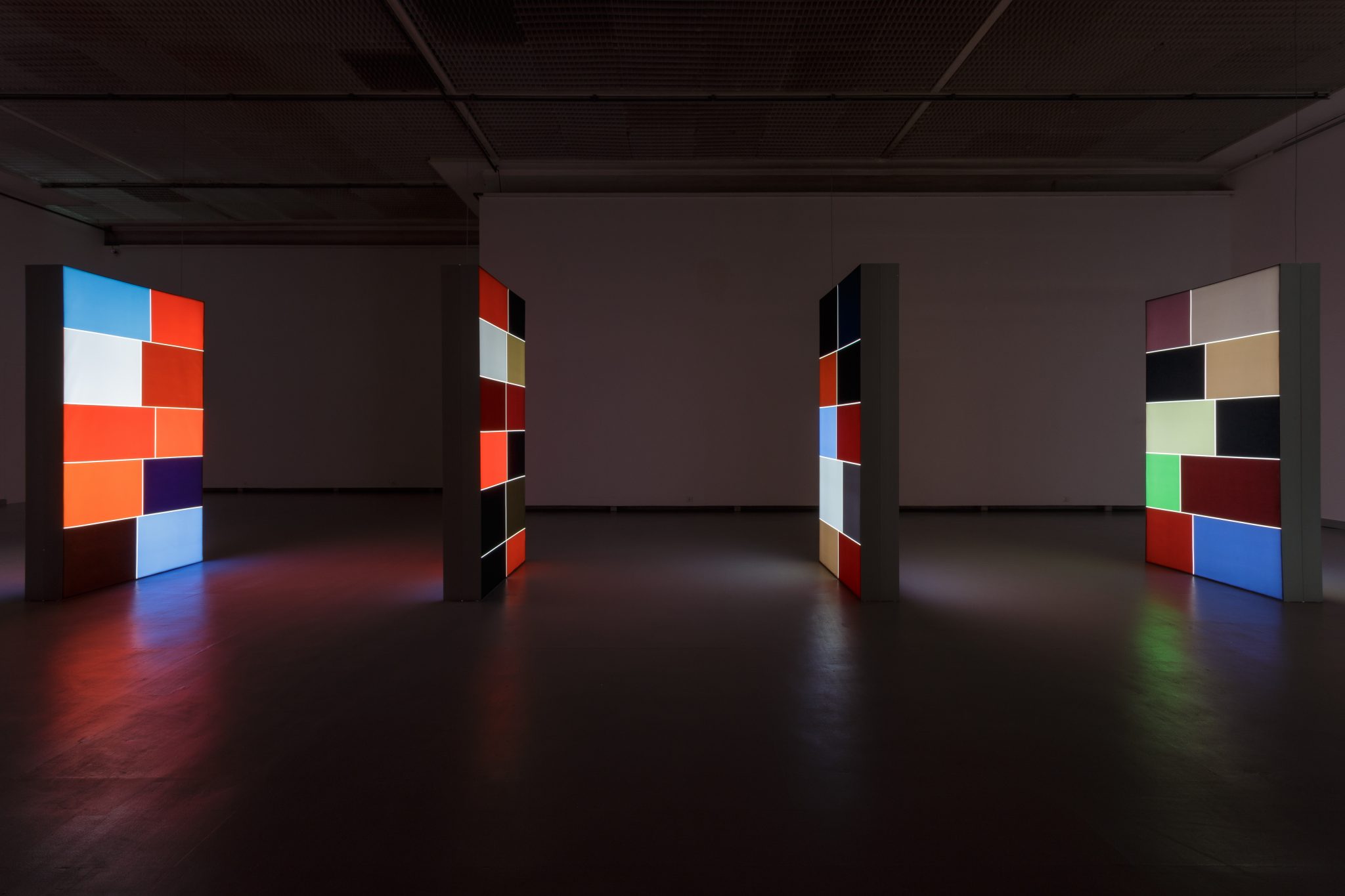 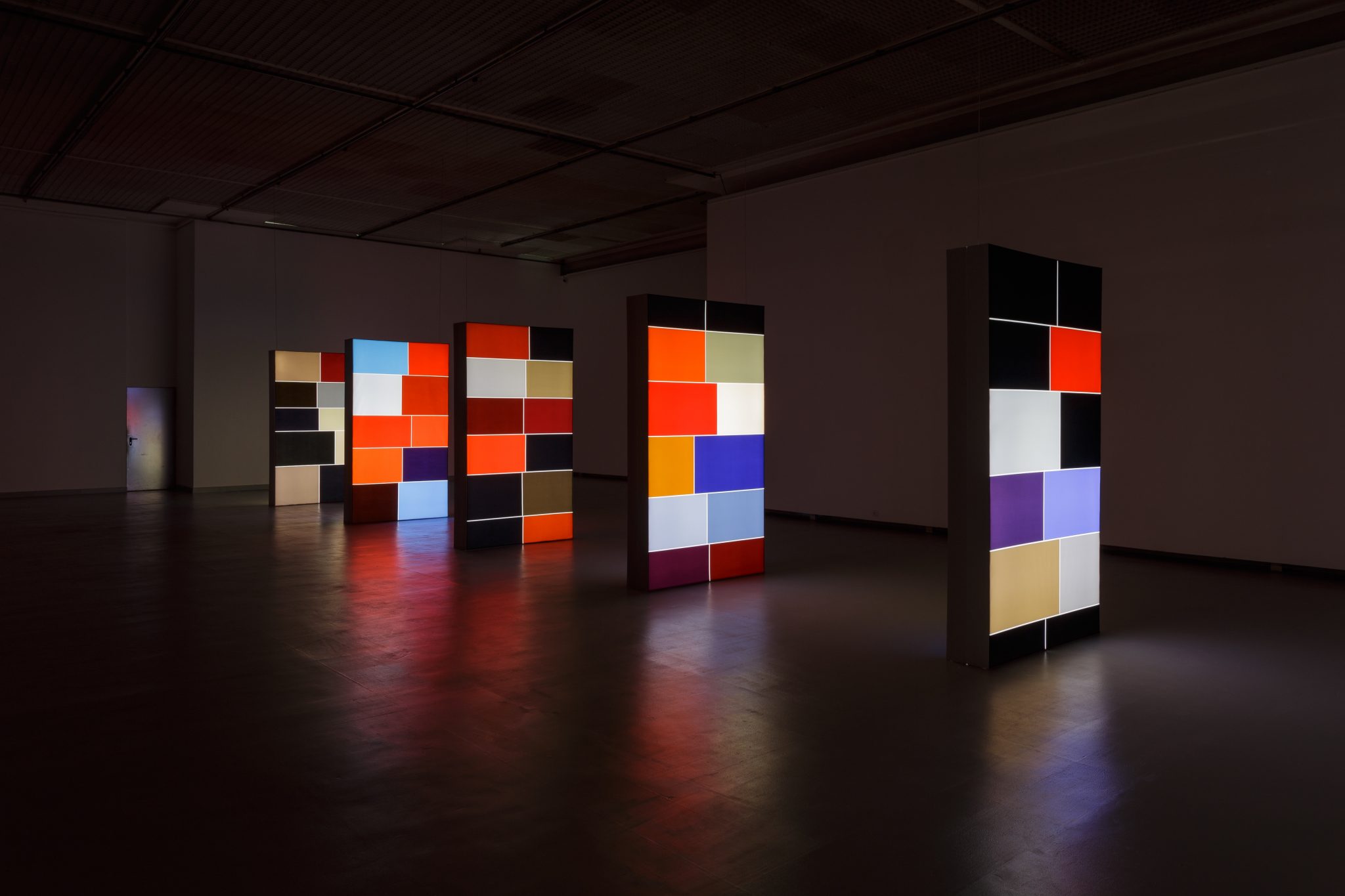