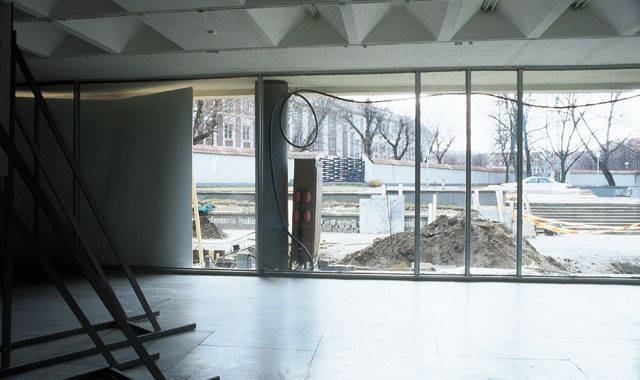 Support: the Association Francaise d’Action Artistique, the Centre Culturel Francais in Vilnius
Through its process, art works and design, ‘Le Parc’ (The Park) is an exhibition that deals with the notion of context. Referring specifically to the Contemporary Art Centre‘s garden, onto which the exhibition space looks, ‘Le Parc is also a metaphor for the context, in other words, for what exists outside the gallery space and in Vilnius.

Four French artists, Vincent Lamouroux, Guillaume Leblon, Gyan Panchal and Kristina Solomoukha, have been invited to produce new works in response to a given location, the ground floor gallery of the CAC. Before the installation works, the artists knew the place only through pictures, and conceived the works abroad for the most part. Although the proposed projects deal physically with space by means of site-specific installation and sculptures, wall drawings and a video shot in Vilnius, they still reflect this geographical distance. They are mental constructions, approaching the context conceptually.

In the exhibition space, each work recreates a world in itself, offering a different interpretation of the location. Therefore, instead of generating a global atmosphere, the installation deliberately lets each work exist independently within the space. In contrast to the relative autonomy of the works, the exhibition design gives attention to the context. A corridor leading from the entrance delays the perception of the exhibition, whereas, in the further part, an open view through the window distracts the attention from the gallery space once again.

‘Le Parc’ physically and conceptually draws a parallel between the exhibition space and the garden of the CAC – two spaces that face each other on either side of a long window. The garden of the CAC, originally conceived in 1965 as a sculpture park, is currently closed to the public, visible only through the gallery window. It is now a transitional area, littered with building materials that vary according to building activity in and around CAC: concrete pipelines, beams, pallets, heaps of sand or scrap are stored here and there, waiting to be used.

Exploring this state of transition, the artists‘ works echo the materials outside: Lamouroux‘s MDF wooden structure can be seen as the outline of the actual architecture; Leblon‘s heap of stones, attached to the ceiling, reverses the perception of space; Panchal‘s rough partitions reveal a white cube hewn out of a rock; and Solomoukha‘s wall drawings depict a contrasted and transitional architecture, in-between function and meaning.

All the works share the desire to initiate a exchange between inside and outside: Lamouroux‘s sculpture suggests a link with the outer space; in Leblon‘s installation, smoke emerges into the gallery from one of the CAC walls; Panchal creates another white cube inside the existing space; and Solomoukha‘s video refers to the surrounding city. In other respects ‘Le Parc’ reflects the combination of nature and artifice that some of these works may express, for example in Panchal‘s cave and plexiglas stalactite, and in Leblon‘s mist installation. It may also suggest leisure parks and theme parks that Lamouroux, in his fascination for skate boarding structures, and Solomoukha, in her imaginative architectural proposals, often use as referents.

In comparison to the materials that have taken the place of the sculptures outside, the artworks of ‘Le Parc’ can be seen as unfinished constructions of a new area. The exhibition mentally extends the park into the gallery, to become an inside out cover version of the actual garden. 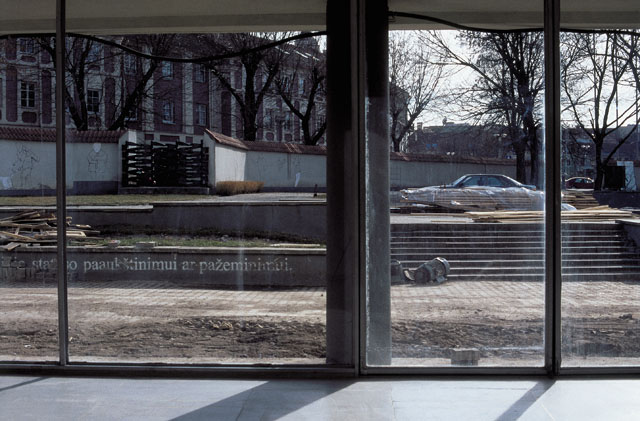 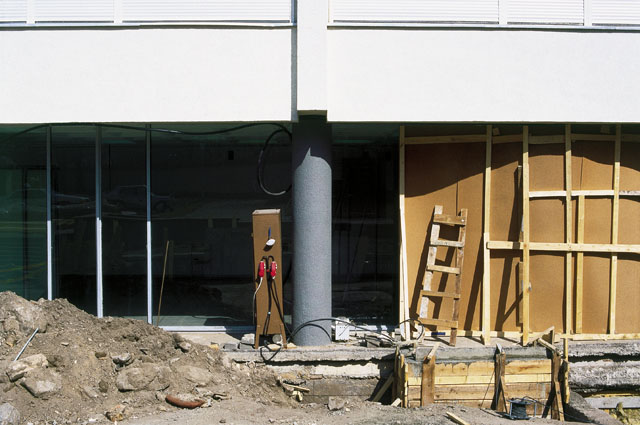 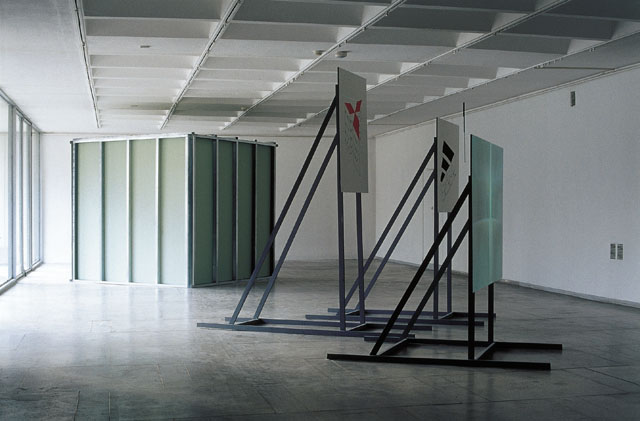 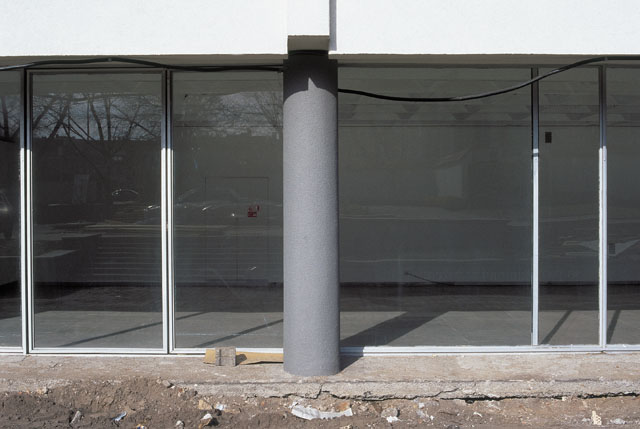 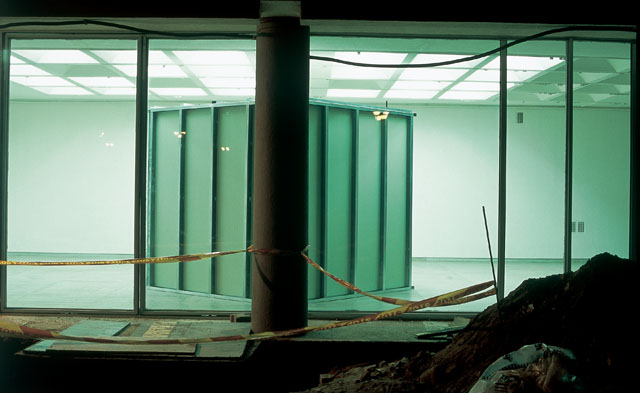 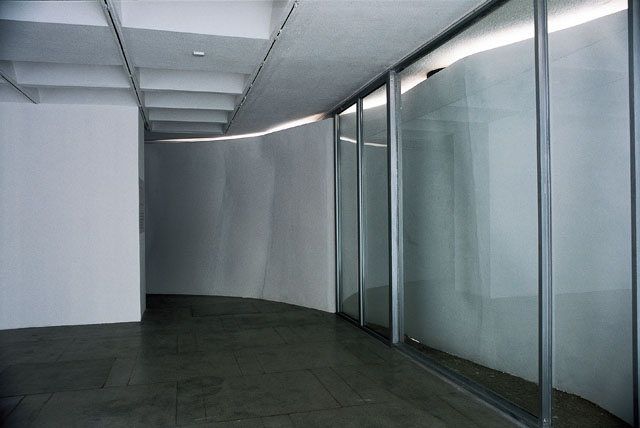 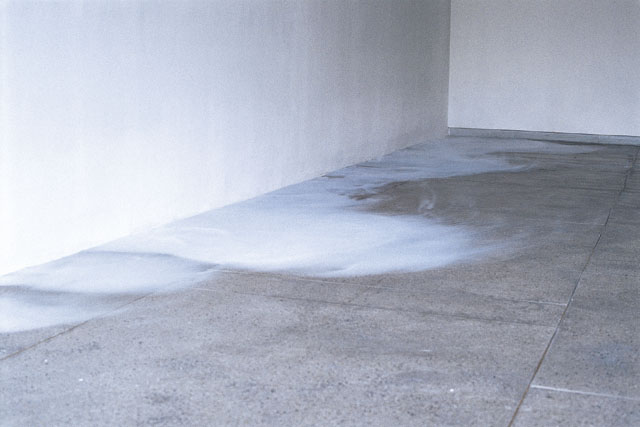 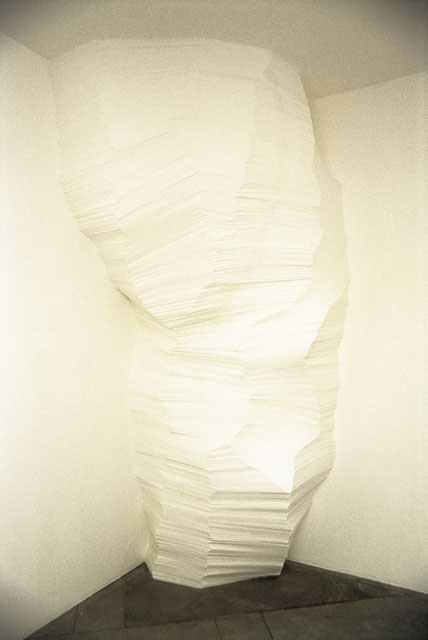 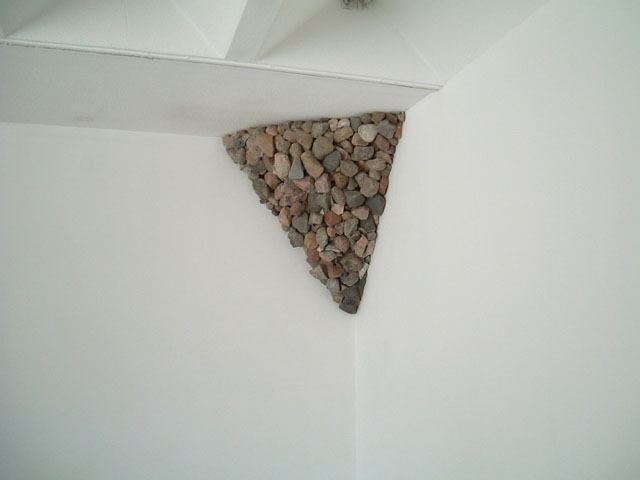 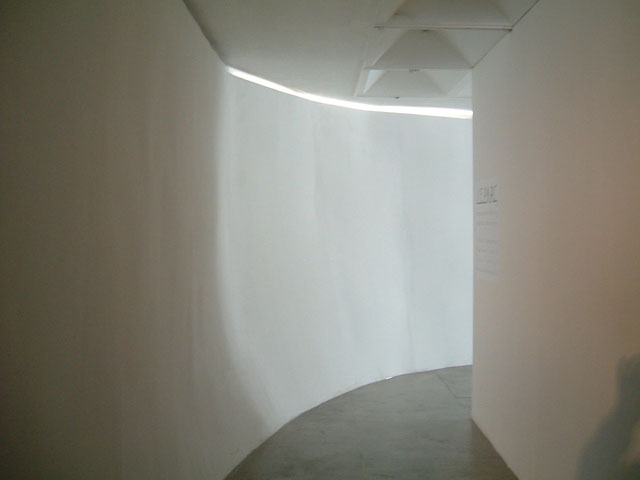