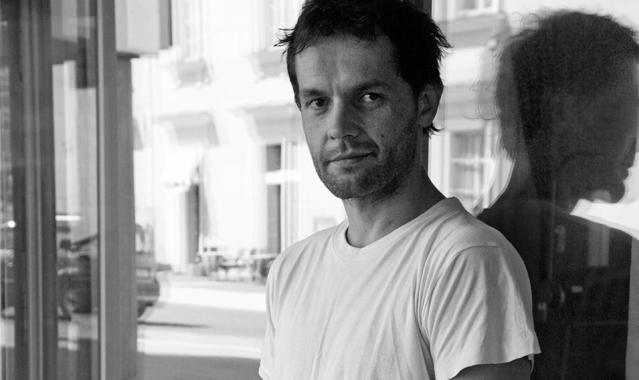 The 11th edition of the Baltic Triennial of International Art is taking a turn to a more condensed format: a 12 day event focused exclusively on performance and film. Countering the tendency of biennials to be pluralist, all-encompassing multi-platforms, the curators have chosen to present the contributions of artists through a radically minimized vessel: a single human being.

Mindaugas, who has one of the most common Lithuanian names (literally “much fame” or “one who has many ideas”), is the medium through which the artists will channel their works. He will appear each day throughout the Triennial, animated by different instructions, scripts, scenarios, and scores by the participating artists to be played out in the city of Vilnius or nearby surrounding areas.

Parallel to Mindaugas’s daily activities is a program of films under the title Cinema of The Self that will play in CAC Cinema Hall – a solipsistic cinema which consciously travels from ‘it’ to ‘I’ over the course of a day. In the evening, while Mindaugas rests, the constellation of ideas he has embodied are transmuted by different solo performers and cinema-based events within a shifting stage environment called the Charismateria.

The 2012 edition will be curated by Defne Ayas, Director of Witte de With, Center for Contemporary Art, Rotterdam; and Benjamin Cook, Director of LUX, London. By invitation of Ayas the concept and program is developed together with New York-based artists Ieva Misevičiūtė and Michael Portnoy.

CINEMA OF THE SELF
Film programme:

Return to www.cac.lt for the updates.

Brief History of the Event

The exhibition was founded as The Baltic Triennial of Young Contemporary Art in The Lithuanian Soviet Socialist Republic in 1979. During the Soviet period and until the end of the eighties it was guided by an attempt to show emerging and non-conformist art; after the restoration of independent Lithuania in 1990, it was continued as one of the central events of the Contemporary Art Center (CAC) in Vilnius, directed by Kęstutis Kuizinas, and became increasingly international. The latest editions were curated by Tobias Berger (Centre of Attraction, 2002); Sofia Hernandez Chong Cuy, Raimundas Malašauskas and Alexis Vaillant (BMW, 2005); and Ann Demeester and Kęstutis Kuizinas (Urban Stories, 2009).

More information about the previous editions of The Baltic Triennial of International Art:
http://cac.lt/en/exhibitions/triennial