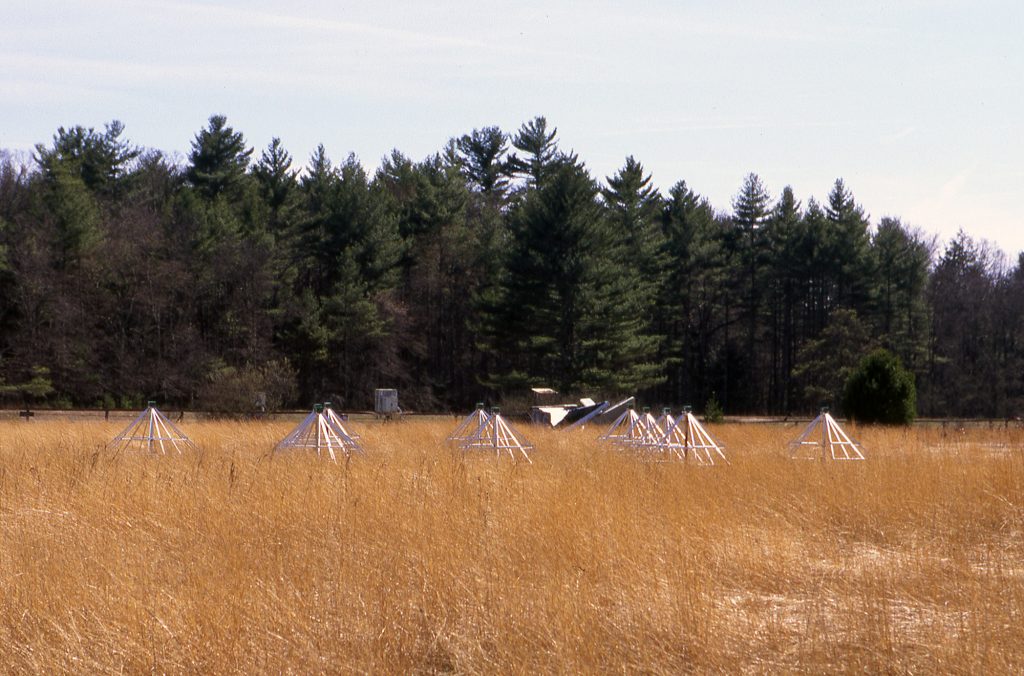 How do we break from the frenzy of oversaturation? With a wealth of information at hand, we find ourselves without the distance to reflect upon it. Connected to everyone at all times, always aware of the latest news, able to share our thoughts at any moment, we are less and less able to engage in considered political thought and discourse. Have we traded the feeling of alienation for a hyperkinetic frenzy? Does having more information than we could process in a lifetime available at our fingertips result in an utter lack of meaning?

This exhibit inquires into these issues through an installation at the Main Hall of the Contemporary Art Centre made up of a series of components—photography, furniture-sized installations, and a large central object—all of which have differing degrees of innate sentience. Together these objects heighten our understanding of our reliance on mobile networked devices, on how they shape our minds and bodies, of how they impact our ability to communicate, and of what may be possible if we put them aside, even for a moment.

THE NETWORK ARCHITECTURE LAB is an experimental think-tank based in the New York City area investigating the impact of digital technology and telecommunica¬tions networks on architecture and society through research and exhibitions. The Netlab was founded in 2006 by Kazys Varnelis (born in 1967) and is co-directed by Varnelis and Leigha Dennis (born in 1984). Work by the Netlab has been shown in venues such as the Museum of Modern Art and the New Museum in New York City.

KAZYS VARNELIS is a historian and architectural designer based in Montclair, New Jersey and son of Lithuanian artist Kazys Varnelis (1917–2010). He has published the books The Infrastructural City, Networked Publics, and The Philip Johnson Tapes. With the group AUDC, he published the Blue Monday: Absurd Realities and Natural Histories (2007) and exhibited at High Desert Test Sites and other sites in California and New York.

LEIGHA DENNIS is an architectural designer, researcher, and educator based in Brooklyn, New York. In 2013–2014, she was the Muschenheim Fellow at the University of Michigan’s Taubman College and is a 2015–2017 Fellow in Architecture at the Akademie Schloss Solitude in Stuttgart, Germany. Her other work has been exhibited in institutions like the Museum of the City of New York and the Storefront for Art and Architecture.