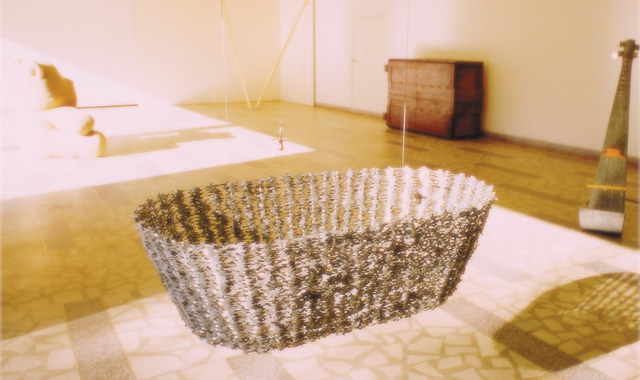 The participants of this exhibition called into question the distinction of artist-creator. Witnessing the changes in the relationship between interior and exterior, they did not ask what art was but what could be included in the sphere of creative interpretation. These artists foresaw the autonomy and mobile interaction of an object, environment and themselves as parts of the whole which were not based on estimation criteria but on a possibility of choice.

The work by Siri Austeen belongs to the series of objects-instruments. It is a seducing body, pulled in the space limited by the triangle of function, construction and imagination.

Beast-Toy by Darius Bastys is a participant of contemporary mythology, the guardian of home cosiness. The bear is the local character of heroic expression for export.

In Different Scales Saulius Kuizinas focused on ‘the feeling of cultural vitality that allows to perceive quietly the natural tension of conceptual priorities vis-a-vis aesthetic visions.’

The work by Audrius Novickas, a topless pyramid, is hung in space. The work acts as an intermediary between the exhibition hall and illusional space.

The work by Artūras Raila is ‘a reference to the condition of consciousness when all efforts are aimed at seeking benefit for oneself. In this way the reasons for the emergence of distorted provisions are pinpointed.’
‘A cradle that guarantees pragmatic infantility.’ 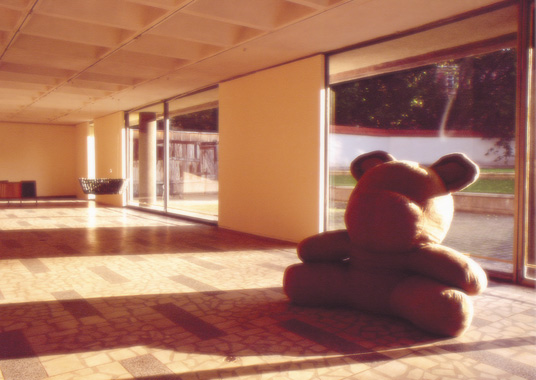 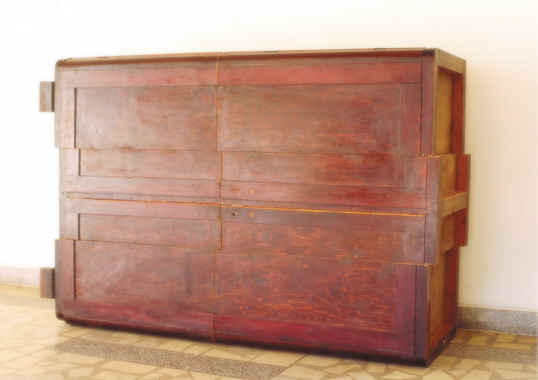 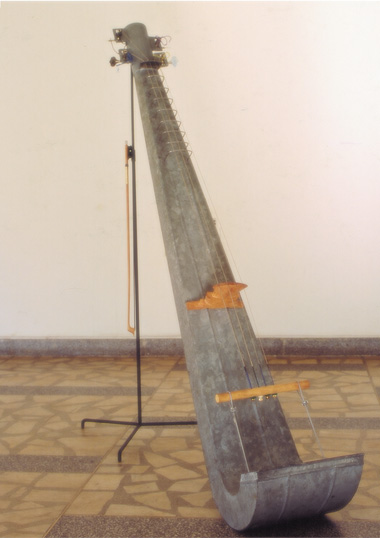 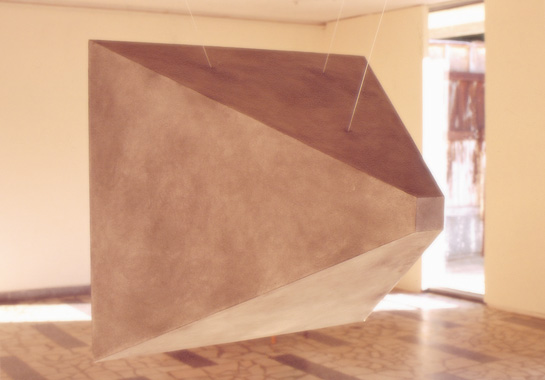 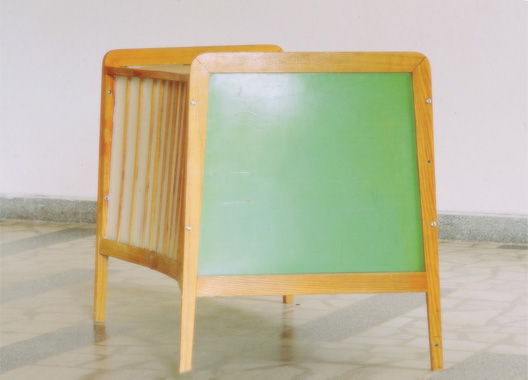 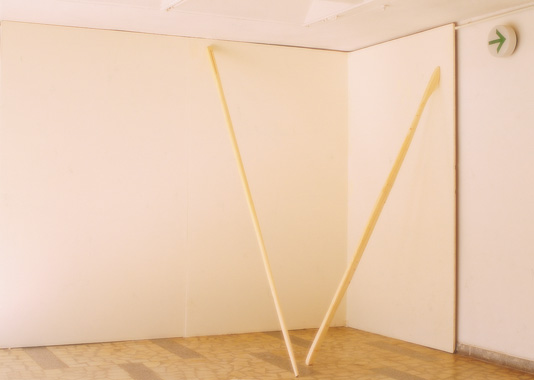