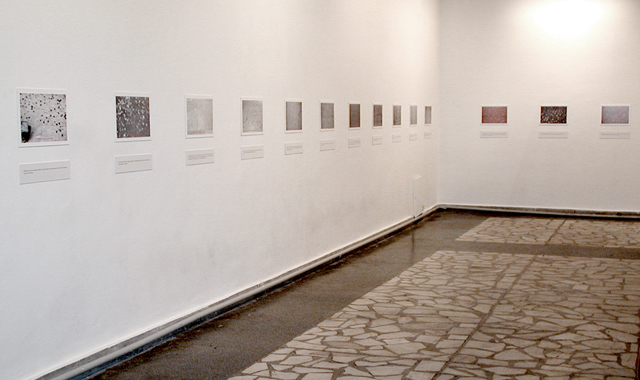 This exhibition of the work of Paulina Egle Pukyte consists of a series of photographs of chewing-gum on the streets of London. Each photograph is accompanied with the description of its location, in the way that people describe a meeting place somewhere in town. For some obscure reason the amount of chewing-gum that has been spat on the street is different in different places. For example, the concentration of chewing-gum at the entrance to the Dorothy Perkins store on Oxford Street is not only much greater than outside the Victoria Miro gallery, the Central Criminal Court and the Texaco petrol station on City Road, but also considerably greater than outside GAP store on the King‘s Road and Dodo supermarket in Soho. The only locations that could compete with Dorothy Perkins are Boots pharmacy on Oxford Street and the Film Store on Upper St.Martins Lane, not far from the famous Ivy (frequented by celebrities); and maybe the Borders bookshop on Charing Cross Road. Also, the right-hand side of Old Compton Street in Soho carries a much heavier burden of chewing-gum than the left-hand side, which is almost free of it.

The exhibition also presents a large collection of soap bars (in different stages of use) from toilets in various public places in Lithuania and elsewhere in Europe: museums, galleries, restaurants, theatres, petrol stations, societies, schools, etc. Soap bars in public toilets, along with the wish to steal them (what used to be a widespread phenomenon in some countries) are rapidly becoming a relic of the past. The soaps are displayed as museum items, with exact addresses and sometimes telephone numbers of the places where they were taken and thus saved from disappearance. Some of those places will be recognised by many viewers, some only by few, depending on who these people are, where they come from, and where they have been to. Some names will not give the ‘pleasure of recognition’ at all. 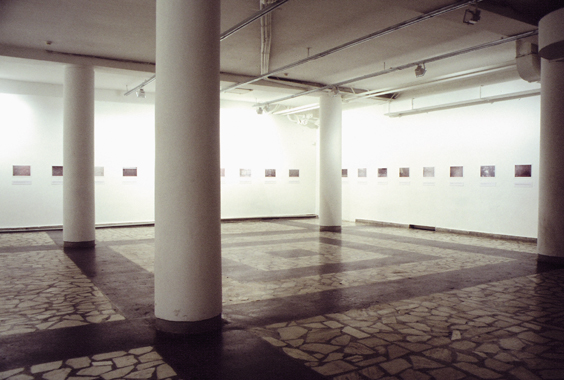 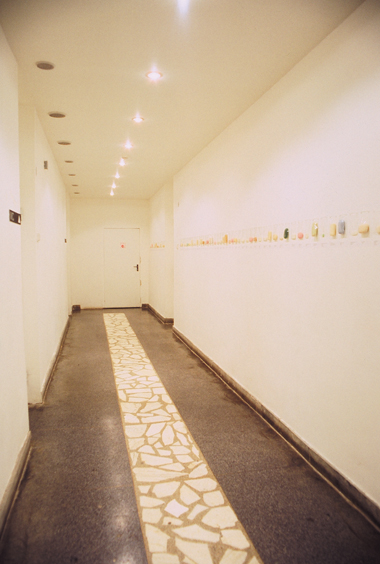 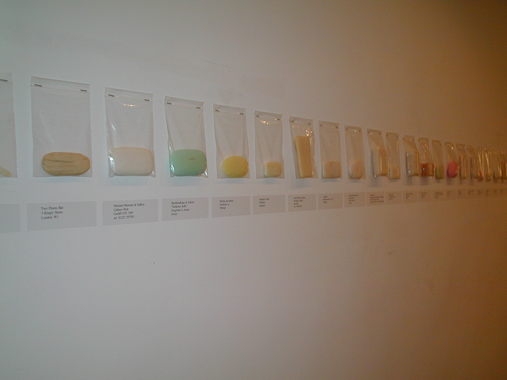 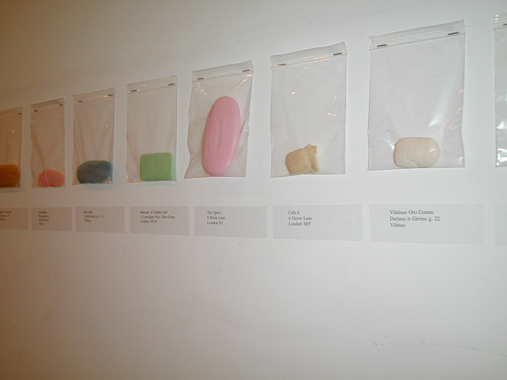 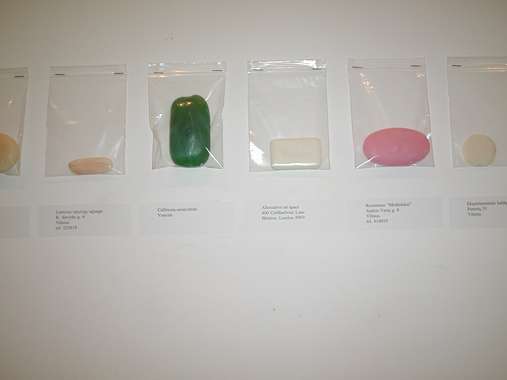 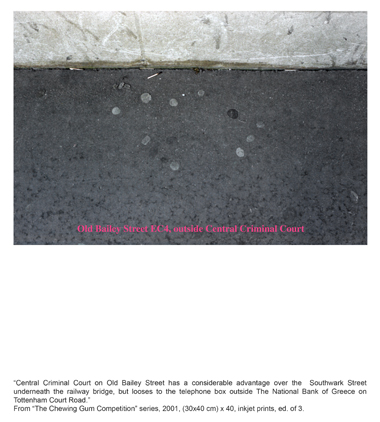 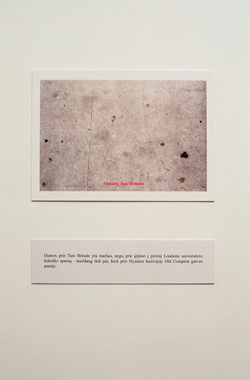