Raimundas Malašauskas’ Photo Finish is made up from at least six elements – a book, several curated days, a radio program, a chair, a hologram exhibition and Vilnius Sling, a new cocktail authored by Jody Monteith.

The recipe for Vilnius Sling was devised through several synesthetic translations – its name first appeared in a book by Jason Dodge, letters then turned into colors, colors transformed into flavors and flavors gradually merged into an exclusive drink to be savored for the first time on the opening night.

And then there’s the hologram. In 1982, Peter Ustinov’s theater play Photo Finish was staged in Vilnius with several actors simultaneously playing one character (Sam) at different stages of his life. A group of actors from that 1982 production (Antanas Šurna, Arūnas Storpirštis, Gerardas Žalėnas, Elvyra Žebertavičiūtė, Kristina Andrejauskaitė) were invited to the hologramic space recently orchestrated by Raimundas Malašauskas with various shapes and visions and several works by Fia Backström, Gintaras Didžiapetris, Elena Narbutaitė and Rosalind Nashashibi.

The holograms will sit on a custom-made chair co-produced by Gediminas G. Akstinas, Liudvikas Buklys, Antanas Gerlikas and Jurgis Paškevičius.

In the morning of the opening day, around 9 am, the group of actors took part in an improvised conversation-turning-into-a-play together with Audrey Cottin, Marius Cechanavičius, Gerda Paliušytė and Inesa Pavlovskaitė. This was aired on the National Radio’s Klasika broadcast.

During the exhibition several days will come with a score attached to them. In case you want to be around when this happens, drop a line to [email protected] and register. The are be curated by Rūta Junevičiūtė, Monika Lipšic and others.

A catalogue of examples and 50 different alphabets will be printed before the show is over.

The exhibition is organized by the Contemporary Art Centre (CAC) and Tulips&Roses gallery, Brussels with the support of Geola Digital, Novotel Vilnius and Vilniaus diena. Photo Finish is part of the project Experiment & Excellence realised with the support of the Culture 2007-2013 programme of the European Union.

Liudvikas Buklys, Jurgis Paškevičius, Antanas Gerlikas and Gediminas G. Akstinas tackle the concept of chameleon’s tongue that was seen at Royal Museum for Central Africa in Tervuren, near Brussels. A symbol of reification and perverse collectibility, a chameleon’s tongue, is seen as a basis on which a hologram will rest.

Elena Narbutaitė’s cookie shows up from the exhibition that she has envisioned for the hologram. “Like a series of flat apparitions perforating the illusion,” Jonas Žakaitis explains in front of it.

A shape of a mirror comes from a conversation with Rosalind Nashashibi. It is a silhouette of a breton bonnet of one of the prayers immersed into the Vision of the Sermon (Jacob Wrestling with the Angel) (1888) by Paul Gauguin.

In the eye of Gintaras Didžiapetris, a previously frontal mirror shape mutates anamorphically reflecting the interior of Geola – a General Optics Laboratory in Vilnius.

Two seconds ago Jevgenij Kuchin has pushed the button of a camera moving on a rail. Camera swings along its own self-portrait.

Letters from Marianna Castillo Deball, Paul Perry and Pierre Huyghe are read when Jesse Ash interviews Raimundas for Resonance FM – click here to see their conversation’s transcript as a PDF.

Egidijus Praspaliauskas, one half of the brother twins, who appeared as a composite character in Done at Tulips & Roses last Spring, stands up (or sits down – depending on your movement).

Gerardas Žalėnas played Sam at 20, in Photo Finish, Peter Ustinov’s theater play (1962) that premiered in Vilnius in 1982. Nowadays an official of the Ministry of Foreign Affairs of Lithuanian Republic, Gerardas Žalėnas regards his profile ambiguously.

In 1982, Peter Ustinov’s theater play Photo Finish was staged in Vilnius with several actors simultaneously playing one character (Sam) at different stages of his life.

Antanas Šurna, who played Sam at 80, arrives directly from from the set of One Flew Over the Cuckoo’s Nest in 2011. He is in a bad mood, but the casual indeterminacy of the new set ushers him into a story about acting in a Soviet film about a WWII. “So, I am in front of a land-mine”, he points his finger and freezes.

Arunas Storpirštis, who played Sam at 40, speaks in soft, short, witty sentences even when he meets himself as an older man than the character he played in 1982. He is thinking about one (or two) of the cookies. Three is fine.

Elvyra Žebertavičiutė, who played Stella – Sam’s wife, enters the room as if it was the ending of another story – one of those moments Elena Narbutaitė notices again. “So what are we going to do, men?” Elvyra looks at Sam at 61, Sam at 71 and Sam at 57.

Later Elena and Goda Budvytytė will make a poster for Vilnius Sling.

A poster of J Dilla working on his beats was sent to Gabriel Lester from Stones Throw records in LA. It arrived damaged, but turned into a 3D object. Now it serves as a backdrop for the whole scene.

Kristina Andrejauskaitė who played a 20 year old Stella is looking at ducks. It came from Fia Backström for another project, but in interference with John Menick’s idea of ducks decoy as a model in hologram has become a backdrop of the scene.

Aurimė Aleksandravičiūtė explains why apparitions are not flat. “First, you are not standing in front of the scene, but because of it” she tells Jonas.

Gerda Paliušytė and Rūta Junevičiūtė translate to Chiara Fumai what Antanas Šurna remembers about a WWII scene filmed in Belarus.

Elvyra Žebertavičiūtė, Arūnas Storpirštis and Gerardas Žalėnas gather for an improvised conversation on the radio that becomes a theatre play. Marius Cechanavičius plays guitar. The play begins and ends with the closing and opening of a curtain by Audrey Cottin.

First having appeared in Raimundas Malašauskas’ text for Jason Dodge a combination of two words (Vilnius Sling) has been synthetically translated to colors by Cassidy Curtis (thanks to Colleen Silva and Marcos Lutyens). Jody Monteith translates colors of Vilnius Sling letter into a composition of a cocktail:

Vilnius Sling aka The Old Cobbler of Vilnius

Shake all over ice and fine strain into a tin goblet or small tankard. Garnish with a herb bouquet of lemon thyme, rosemary and sage, tied with tin foil. Cap with crushed ice and finish with a couple of grinds of pink peppercorns.

A few second phrase from Lupita song by Francis Alÿs was played on accordion by Sandra Veverskytė ir Liucina Vlasenko on the opening night.

Petras Steponavičius, who played Sam at 60, lives in Chicago.

Eugenija Pleškytė, who played Stella at 40, lives in Vilnius.

Image: A Stones Throw poster of J Dilla working in his studio as it was received by Gabriel Lester at his Shanghai home 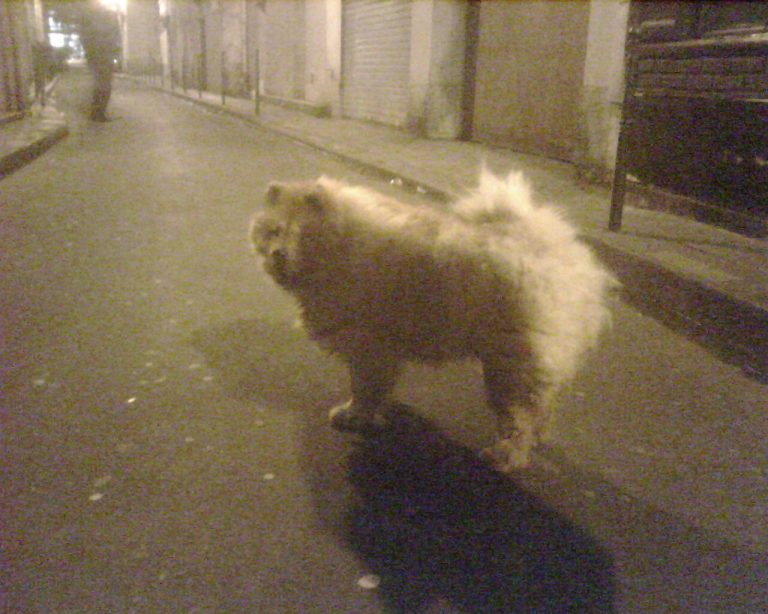 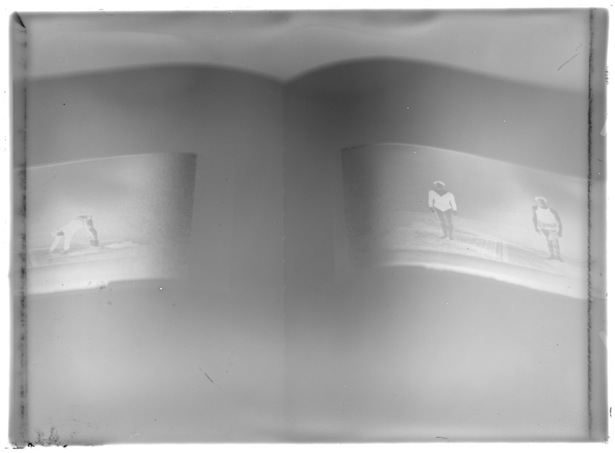 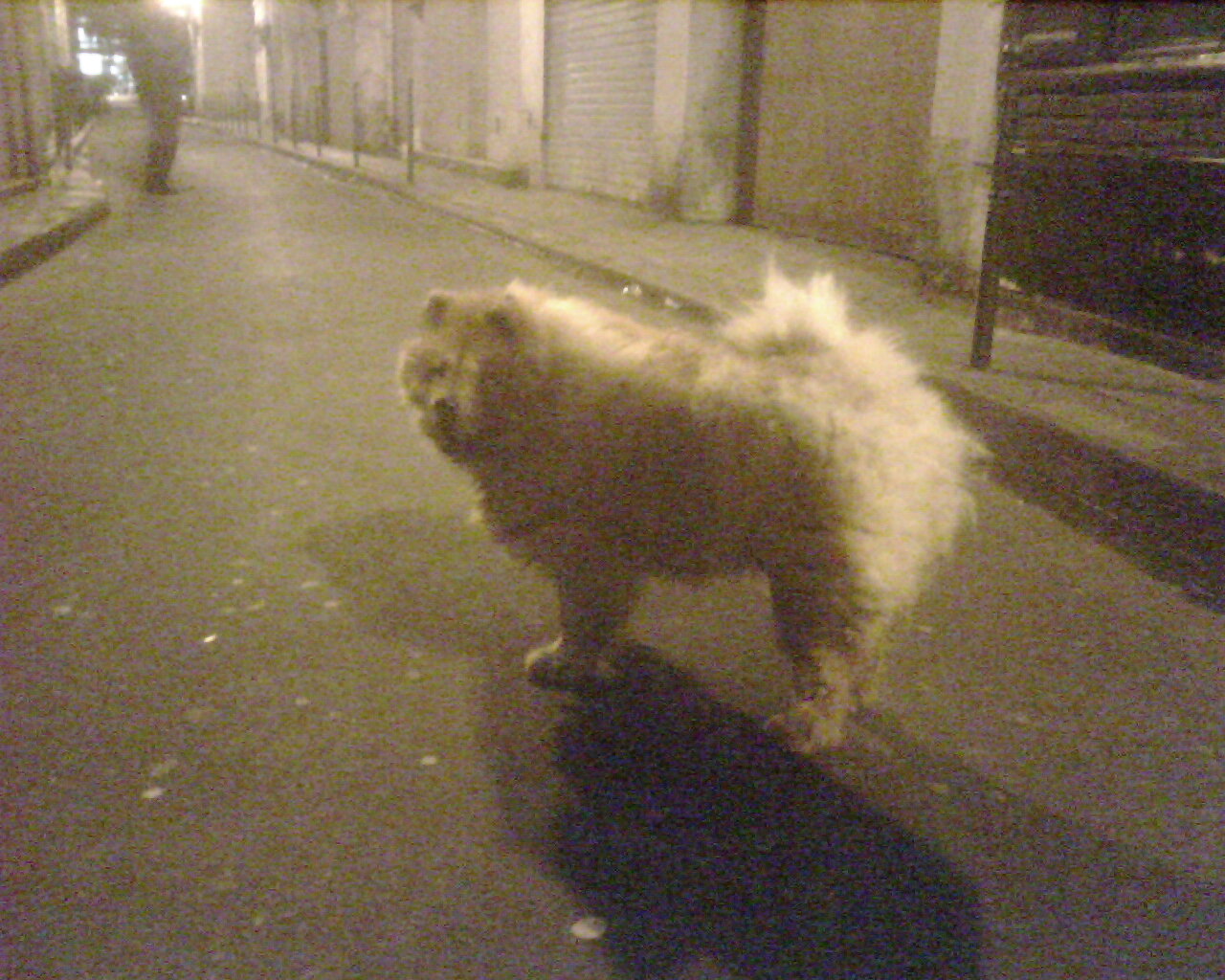