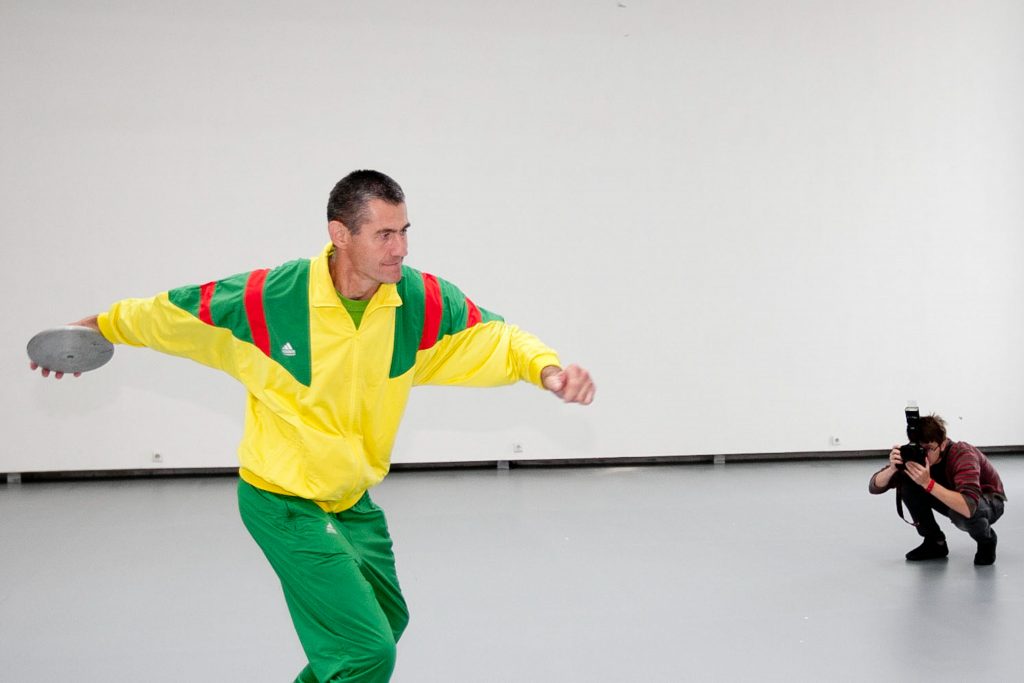 Twenty years ago in the Olympic Games held in Barcelona in 1992 the discus thrower Romas Ubartas (b. 1960) became the first Olympic champion of the independent Lithuania. Two weeks before the opening of this exhibition Ubartas has thrown the discus in the Main Hall of the CAC. The figure of discus thrower is one of the most popular motives in sculpture since the antiquity. The discus of Ubartas left the sculptural traces of crashing into the wall of the white cube space of the CAC.