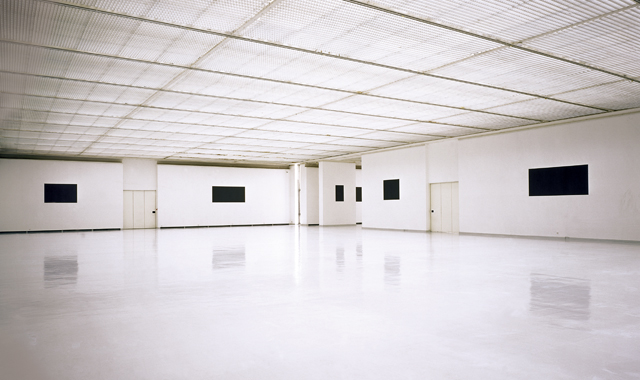 Ulrich Ruckriem is one of the best known German artists of the second half of the 20th century. By the 1960’s Ruckriem had become one of the most interesting representatives of minimalism in Europe, alongside other artists, he changed the forms and means of existence of classical sculpture. Collectively, hose artists finally put an end to the figurative origin of sculpture and focused on the basic problems of sculpture as a branch of art – size, volume, material and relationship with the environment. Ulrich Ruckriem is best known for his monumental stone sculptures. Most often they comprise of stone boulders of geometrical forms, barely touched by the artist’s hand. The principles of their formation are established with extreme precision and are determined by the space in which the sculpture is bound to be positioned. In this way the artist establishes a strict relationship between an artwork and its environment, which often becomes one of the means of perceiving an artwork. One of the basic features of the American minimalist school of sculpture is the search for an anonymous industrial surface of a sculpture; whereas Ruckriem makes the natural qualities of stone into the exceptional value of his sculptures. The surface of his stone sculptures explicitly reveal its origin. It is this particular feature that gives warmth to Ruckriem’s sculptures, never to be found in American minimalist constructions.

The project that Ulrich Ruckriem proposed for the CAC is particularly monumental. As always, the artist is involved in dividing a large space with an artwork, but in Vilnius it is graphite rather than stone, surface rather than volume that speaks. What remains is a strict pre-thought dialogue between an artwork and its environment, and the magic of the material – graphite that due to its chromatic qualities is associated with nature rather than culture. After his first visit to the CAC, Ruckriem formulated the way his project should be carried out: ‘Measure the width and height of each wall. Then divide these numbers by four – you will have the dimensions of the works. The place for each of them is the centre of the wall. The material to be used is graphite mixed with binding material and spread with a roller in several layers.’
Thus at the CAC we can see a manner of work identical to Ruckriem’s sculptures. In Vilnius a slightly different set of rules is applied, since this time Ruckriem handles the space using two rather than three dimensions. However, the two-dimensional graphite surfaces dividing the walls become a reason for three-dimensional transformations of space. In this way the artist returns to his customary problematic of volume. This time he does it indirectly, in a more complex manner, but probably accomplishing his aim in the best possible way, as he described it in one of the many catalogues of his works: ‘I work within a volume’ (quoted from: Ulrich Ruckriem, Arbeiten, Stuttgart: Oktagon, 1994).

Ulrich Ruckriem was born in 1938 in Dusseldorf. Between 1957 and 1959 he studied stone masonry and from 1967 to 1969 he created the first stone sculptures based on the principles that he continued to use in his later works (splitting a stone boulder into parts and later assembling the parts into one). Since 1964 he has been exhibiting and creating sculptures for public spaces. To date he has had more than 100 solo exhibitions and participated in many major group exhibitions (including Documenta 5, 7, 8, 9; Skulptur Projekte Münster, Venice Biennial, Paris Biennial etc.). 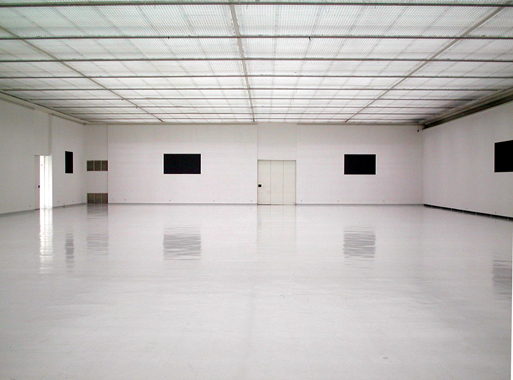 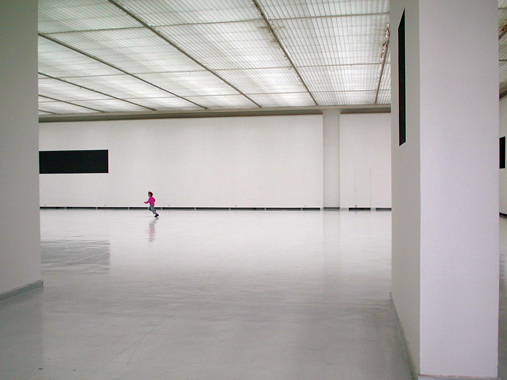 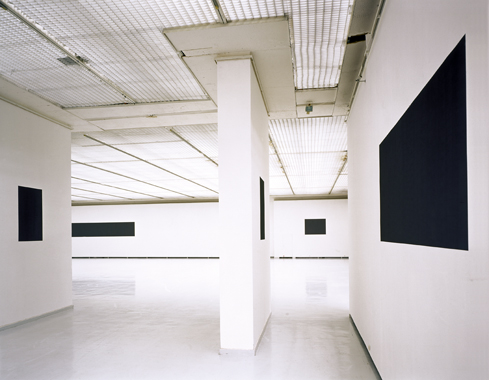