Waiting for Another Coming 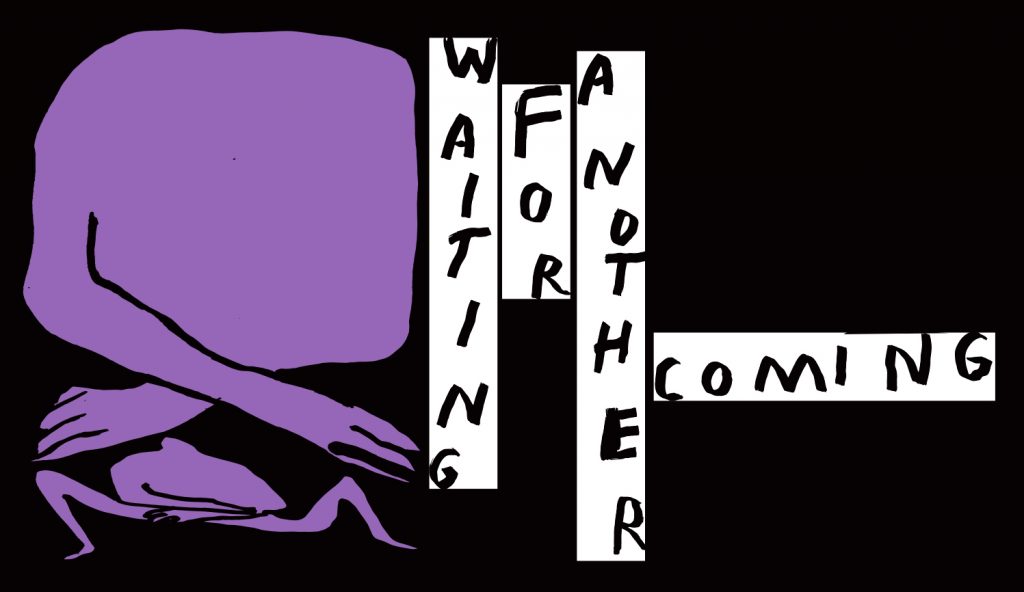 An exhibition in two episodes.
Episode One

It looks like a place that contains another place that has transformed into a yet another, which is now adjacent to yet another, and so on. A planet made up of frozen human bodies encounters a fragment of a trashy rural landscape, networks of necropolises draw imaginary urban maps, archaic bodily reverberations mobilise collectivities, the innermost corners of the human soul are exposed alongside the political underground, and immigrant enclaves sit alongside oases of identity. It is a flux in constant transformation, and to travel though it is to explore heterotopias. The two exhibitions in Vilnius and in Warsaw present two different ways through. “Waiting for Another Coming” is an exhibition in two episodes that ultimately asks how artistic subjectivities take shape within current political realities.

The starting point to think about those was the centenary of the restoration of independence celebrated by Lithuania and Poland in 2018. The two neighbouring countries share centuries of kinship, mutual support and clashes, set within volumes of both formal and informal political, cultural and ethnographic narratives. Due to the trajectories of historical change (especially during the last hundred years) the two countries evolved into decidedly different places.

For this reason, the construction of a heterotopia has become the exhibition’s leitmotif, present both in the artistic practices, and in terms of how the two episodes have been structured. The heterotopicity of the exhibitions does not, however, duplicate the heterotopia of the cultures, it is rather governed by quite a different topology. “Waiting for Another Coming” provides the opportunity to suspend the distinctions between the two countries and create new spaces where artistic practices and subjectivities are able to form common landscapes.

There are thirty artists and artist collectives taking part in the project, with twenty of them contributing to each episode. The exhibitions in Vilnius and Warsaw are separate conceptual configurations. In the first, the passage through heterotopias takes the shape of a constellation that evokes the feeling of suspense; in the second, the artistic work is a sequence and a story of waiting.

“Waiting for Another Coming” has been instigated by an anniversary of historic events, however it does not amount to another narrative of the past. It asks questions around the current possibility of the future and the future’s role in shaping artistic subjectivities. The eponymous waiting emphasises a predicament in which artists have given up the construction of visions pivoted around the future, and are instead trying to create other spaces or alternative environments for themselves. Rather than constructing utopias, they create concrete heterotopias in the physical, virtual or imaginary reality. They make use of all the techniques available – mostly to sample, remix or compost materials that can be sourced from art, popular culture, everyday life or national mythology. The eponymous coming refers to a leaning towards the future while being open to all possibilities. As well as referring to the approach prevailing amongst the artists, the title of the exhibition refers to the general condition of both countries in the dramatically evolving geopolitical order.

Co-financed by the Ministry of Culture and National Heritage of the Republic of Poland as part of the multiannual programme NIEPODLEGŁA 2017–2021 (www.culture.pl)

Electronic version of the exhibition booklet