A Storybook About Vilnius: The As If Anthology of the X Baltic Triennial 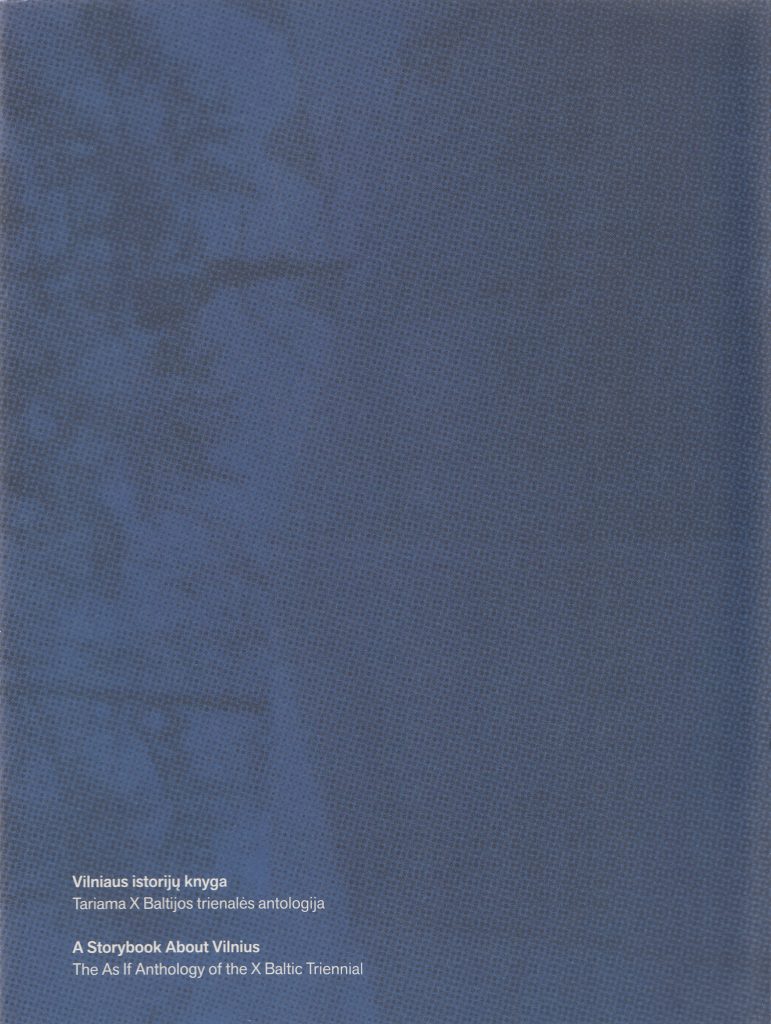 This book contains a number of true and fictitious stories by writers, curators and artists about the city of Vilnius, that have been generated by the X Baltic Triennial of International Art Urban Stories staged at the Contemporary Art Centre (CAC) and diverse places and spaces throughout Vilnius in the autumn of 2009.

Divided in two parts – one for each of the exhibitions that comprised the project: Black Swans, True Tales and Private Truths (that was principally installed at the CAC) and Vilnius COOP: gaps, fictions and practices (an offsite project made for an abandoned building elsewhere in the centre of the city) – The As If Anthology recollects the project from the moment of its inception.

Each of the sections handsomely illustrates and describes the work of more than 80 artists and cultural producers who participated in the Triennial, and introduces readers to the experience of the exhibitions via ‘guided tours’ penned by the four responsible curators. A Storybook About Vilnius also contains: an idiomatic archive of artists’ contributions; research material and correspondence discovered and generated by the participating artists and curators; and specially commissioned and selected texts by writers including Raimundas Malašauskas, Anders Kreuger, Laimonas Briedis, Andres Kurg, Svetlana Boym and Beatrice von Bismarck.

What started as an exhibition catalogue for the X Baltic Triennial of International Art grew into a book of its own – an elusive portrait of a city collaged from imagined, remembered, discovered, and overheard tales.