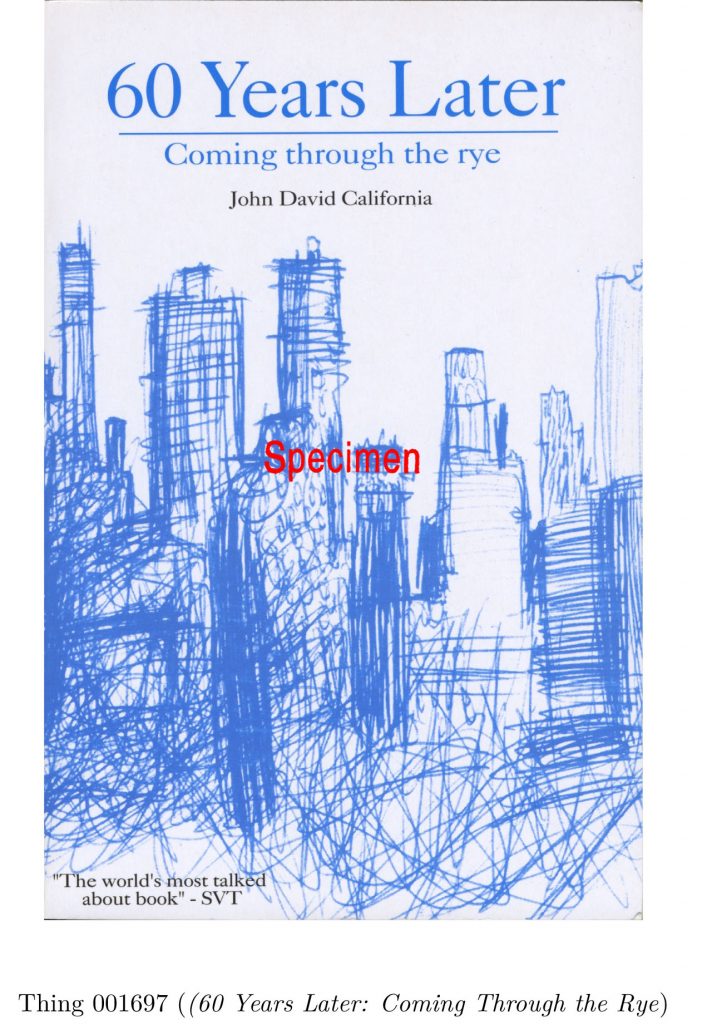 In the exhibition called "Agency: Scripted by Characters" at CAC Agency present selects a series of controversies speculating with the question: "How can ideas become included within artpractices?” During a series ofevents, Agency proposes to read more in detail some of the case reports included inside the exhibition.

In 2009, Colting wrote “60 Years Later: Coming Through the Rye” under the pseudonym John David California. It tells the story of a seventy-six-year-old character, referred to as Mr. C, who lives in a world that includes a ninety-year-old unnamed author. The novel’s premise is that the unnamed author has been haunted by his character and now wishes to bring him back to life in order to kill him. J. D. Salinger claimed that Colting’s novel, “60 Years Later: Coming Through the Rye”, was a sequel of “The Catcher in the Rye” (1951) and that the character of Mr. C is aninfringement of the character Holden Caulfield. During the court case“Salinger v. Colting” at the United States District Court in New York, judge Batts had to decide if Colting only used the idea of the character Holden Caulfield or it’s expression .

The language in which the assembly will take place will be English.