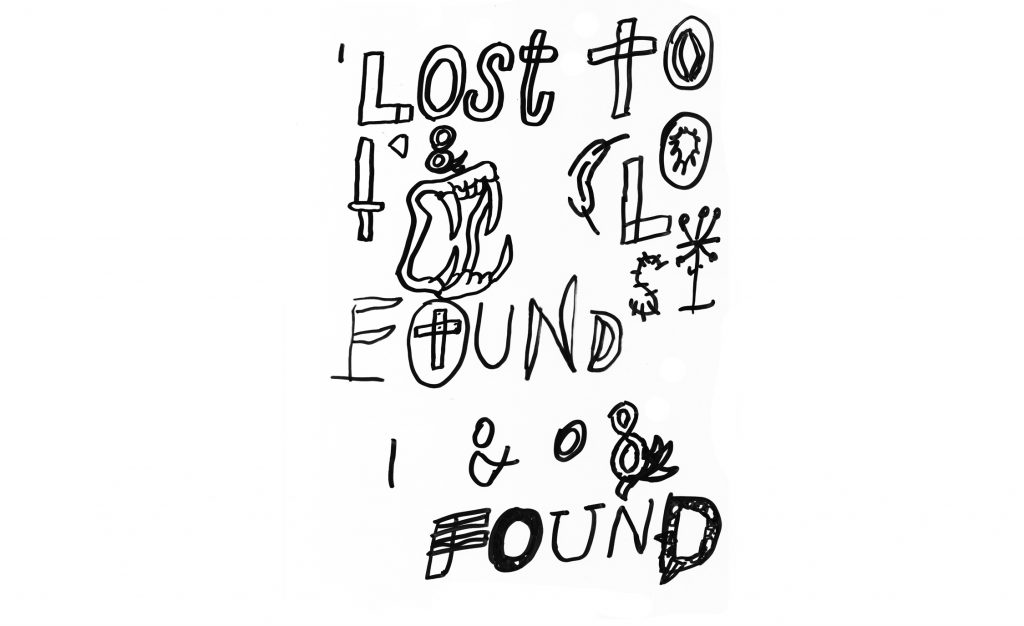 In the programme: The Sun, the Moon, Love, weightlessness, the lake of two sunsets, adventures in sound, synchronising with Helsinki, ecstasy of the drunk, the journeys from Vilnius to Lithuania, grandfather’s reels, the contemporary, the temporary and the futuristic.

The LOST & FOUND evenings, launched in 1997 in Amsterdam by a group of artists, function as an art salon for (found) material. LOST & FOUND invites artists, designers, musicians, writers and enthusiasts to introduce their work and to answer questions from the audience.

Photograph by Bart Julius Peters.
The flyer and poster for the Vilnus event were designed by Egidijus Praspaliauskas.

[quote]"The editors of the Lost & Found programme compose evenings of audiovisual presentations at witch the audience puts in the extra zing. Lost & Found was started in 1997 by Menno Grootveld, Armand Mevis and Jan Rothuizen. Their main inspiration were the ‘Four Walls’ events in New York, small informal gatherings where visual artists showed new work to each other. For the Amsterdam evenings, they drew on their network of budding artists of all disciplines, mixing in friends who had interesting things to show. In its tenth year of running, Lost & Found is still sold out within ten minutes after opening. Its formula remained almost unchanged over the years." — Metatag, 2002

"For the past nine years, an eclectic group of artists has organised screenings of overlooked, obscure and forgotten visual and audio artifacts from archives and private collections from around the globe. Past editions of these frequently sold-out evenings have taken place in Maastricht, Cairo and New York and featured the extended collection of slides a stewardess brought along and fashion icons Viktor & Rolf with a VCR tape of their first Parisian show." — Amsterdam Weekly, 2008[/quote]