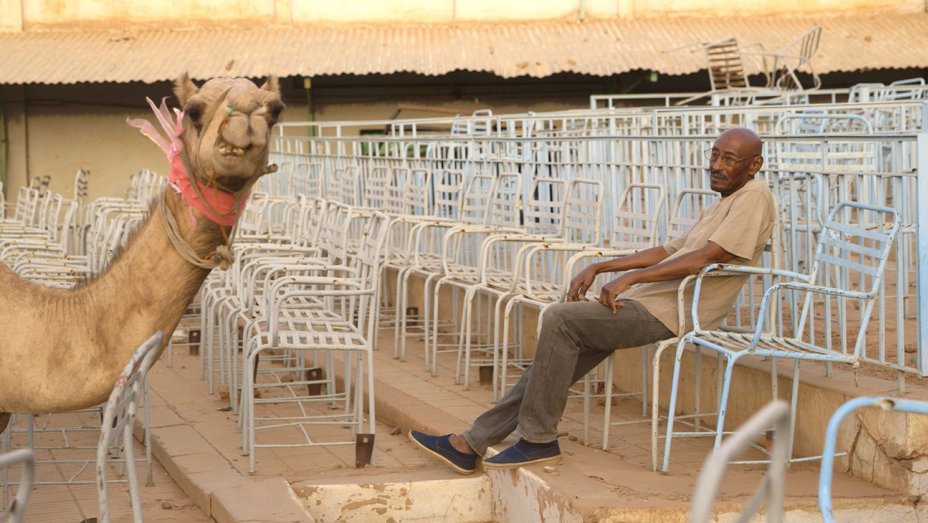 Talking About Trees (2019, dir. Suhaib Gasmelbari) has received the Panorama Audience Award at this year’s Berlin International Film Festival and was enthusiastically reviewed by many film critics. The film centres around a group of film directors attempting to revive the cultural life and appreciation of cinema in Sudan, after the political climate in the country has become less harsh towards civil initiatives. Their first attempt in 1989 only lasted several months and was suppressed in an aftermath of a military coup; the Sudanese Film Group could only renew their activities in 2005.

The screening at the CAC Cinema will be opened by Dr. Karina Simonson, art historian, lecturer at the Institute of Asian and Transcultural Studies at Vilnius University and part of the team of the AfriKo consultancy platform.

Dr. Simonson will introduce the film in Lithuanian; the film will be screened in Arabic with English subtitles.

The evening will continue with a programme of films by directors featured in Suhaib Gasmelbari’s documentary. Created between 1964 and 1989, the films carry influences of Soviet cinematography and the French New Wave: having studied at some of the most prominent cinema schools of their time (including Gerasimov Institute in Moscow, where Suliman Einour studied in the 1970s), the directors appropriated artistic languages that allow tracing a complex dynamic of international politics and cultural relations.

The films will be shown in their original language with English subtitles.

The evening is part of the Race Conversation project consisting of a series of film screenings and other events organised by the Contemporary Art Center and aiming to ask: How is the issue of race reflected in Lithuania? Why is talking about race so difficult in this country, as if we didn’t have the right language for that? Is it really true that race has no role in our everyday lives? And ultimately, why is it important at all – what are we losing by refusing to participate in a race conversation?

More about the series.