Red Alert! A talk show on the brink of disaster 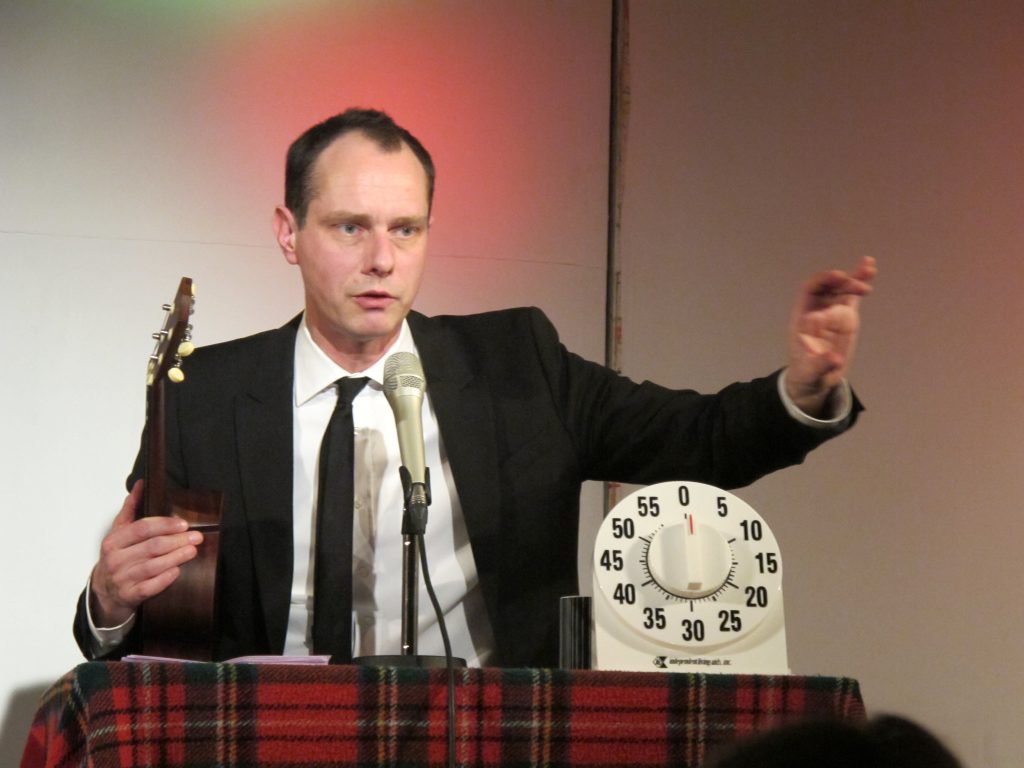 “Olof Olsson has perfected the performance lecture as stand-up comedy and once again he opened the door to rethinking how contemporary art can express itself as soft power. He shared a string of stories that reflected critically on the routine mechanisms of political correctness and intercultural collaborations as they are saluted in art-world academies these days. He remembered that his parents, who met and conceived him in Majorca in the 1960s, found the holiday island so inexpensive that they ‘forgot’ that Spain was, at the time, ruled by a dictator. Had they been politically correct, Olsson reasoned, he would never have been born.”

Olof Olsson (b. 1965) lives and works in Copenhagen. In the 1980s he worked extensively as a pirate and community radio DJ, and since the early 90s he has worked with art in a wide range of formats, focusing on performance since 2007.

The talk show is a part of “Footnotes. Every Artwork as a Different Entry to the Same Show” (2013.II.14 – III.17). With the support of Nordic Culture Point.