The Gaida Festival Club at the CAC Reading Room 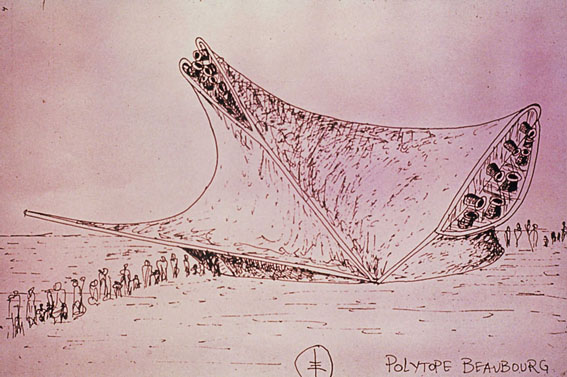 From October 21 through 29, Vilnius hosts the 21st Gaida International Festival of Contemporary Music. Its programme features two discussions dedicated to contemporary music and its ties with other arts that will be held at the reading-room of the Contemporary Arts Centre on October 25 and 26. The discussions start at 5 pm.

Iannis Xenakis, the Architect of Sound Visions
This is the title of the open lecture to be held on Tuesday, October 25, and dedicated to Iannis Xenakis, the focus composer of this year’s Gaida Festival. As a composer, Xenakis (1922–2001) is one of key figures in the European avant-garde music, but his musical creativity took its root from architecture. Before turning exclusively to music, he studied mathematics and civil engineering and later worked as an assistant to the French architect, Le Corbusier. Xenakis was one of the first specialists in computer music. He wrote utopia-like compositions combining music, light, and architecture. Born in Romania and brought up in Greece, he took part in the resistance movement during the Second World War. He was even a member of the Communist Party and spent the most of his life in exile in France.

Xenakis’s oeuvre will be presented by Eglė Gudžinskaitė, musicologist and specialist in the composer’s music. Her article on Xenakis in Lithuanian: http://www.7md.lt/lt/2011-10-14/muzika/garsiniu_viziju_architektas.html. The discussion will also feature Lithuanian composer Marius Baranauskas and an arts critic who will comment on architectural novelties introduced by Xenakis and Le Corbusier. In addition to that, samples of graphic scores will be presented.

Later that evening, from 7 pm, the Brevis Chamber Choir will perform two pieces by Xenakis,
Nuits (Nights) and Knephas (Darkness).

Electric Bulb Music and Other Audio-visuality

A discussion on the audio-visual arts will be held at Contemporary Arts Centre on October 26, from 5 pm. It will bring together four creators of the fringe projects of this year’s Gaida Festival: German visual artist Michael Vorfeld, Lithuanian composers Egidija Medekšaitė and Marius Salynas, and Lithuanian video artist Lukas Miceika. The discussion is to be moderated by arts critic Tautvydas Bajarkevičius.

On October 28, from 9 pm, a premiere of the ReMix /ReMax project will be held. It was created by several groups and artists, including composers Egidija Medekšaitė and Marius Salynas, video artist Lukas Miceika, Rüt Rüt, Gediminas Gelgotas’ New Ideas Orchestra NIKO, and DJ Partyzanai. The project features remixes of pieces by renowned composers of the 20th century, such as Iannis Xenakis, Brian Ferneyhough, Terry Riley, Philip Glass, Mindaugas Urbaitis etc.

Gaida International Festival of Contemporary Music features two discussions dedicated to contemporary music and its ties with other arts.