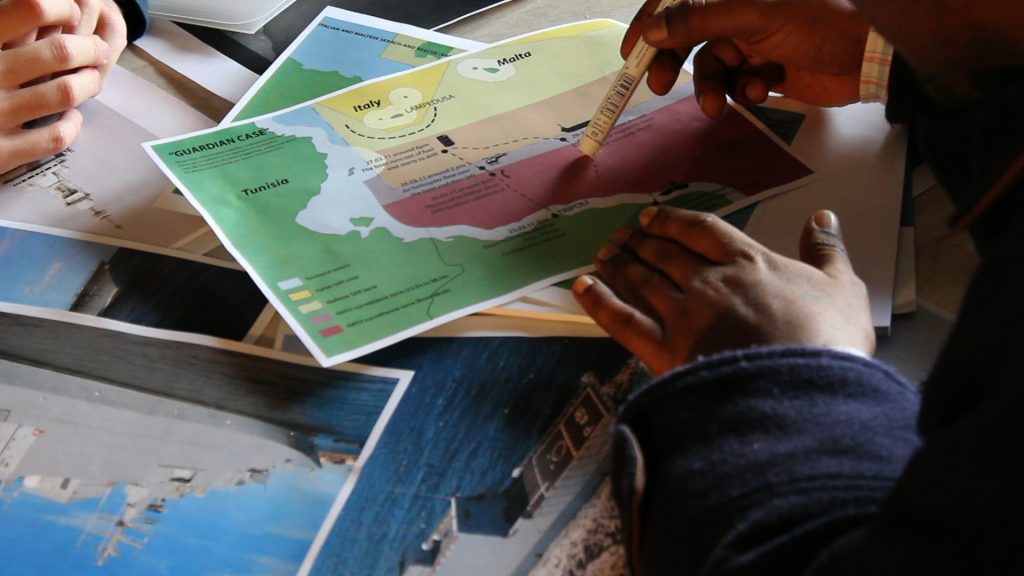 Sarah Nankivell, Manager of Forensic Architecture, will introduce FA’s innovative methodologies through the discussion of several recent investigations, with a focus on those where FA’s techniques have been used to evidence cultural property destruction within contemporary conflict zones. This lecture will also explore the role of aesthetics and representation in Forensic Architecture’s work and how, as interrogations of contemporary social and political processes, this work increasingly engages and intersects with a range of cultural and artistic spaces.

Forensic Architecture (FA), founded in 2010 by Professor Eyal Weizman, is a multidisciplinary research agency that is committed to the development and dissemination of new evidentiary techniques and the gathering and presentation of advanced spatial analysis in legal, political, and cultural forums. In recent years, FA has undertaken, together with and on behalf of the victims of human rights violations, a series of international investigations, spanning events from war crimes to instances of politically and racially motivated violence to the destruction of cultural heritage in conflict.

This is the second event in the third lecture series Thinking Contemporary Art dedicated to the issues of contemporary art theory. The new series has Investigative Aesthetics as its lead theme, and consider the relation of art, technology, and politics in contemporary art with a focus on artistic and art critical methods of approaching reality as an intricate system of material knots, subterranean connections, and power streams. One of the major aims of the series is to examine art’s potential to confront silenced narratives, and to analyze a unique terrain art occupies in the dynamic and often vertiginous interaction of fact, fiction, and action.

This lecture is a part of the CAC Reading Room’s events program. Project is partially supported by the Lithuanian Council for Culture and the Ministry of Culture of the Republic of Lithuania.