XII BALTIC TRIENNIAL: "Nothing but Waves", a performative lecture by Post Brothers 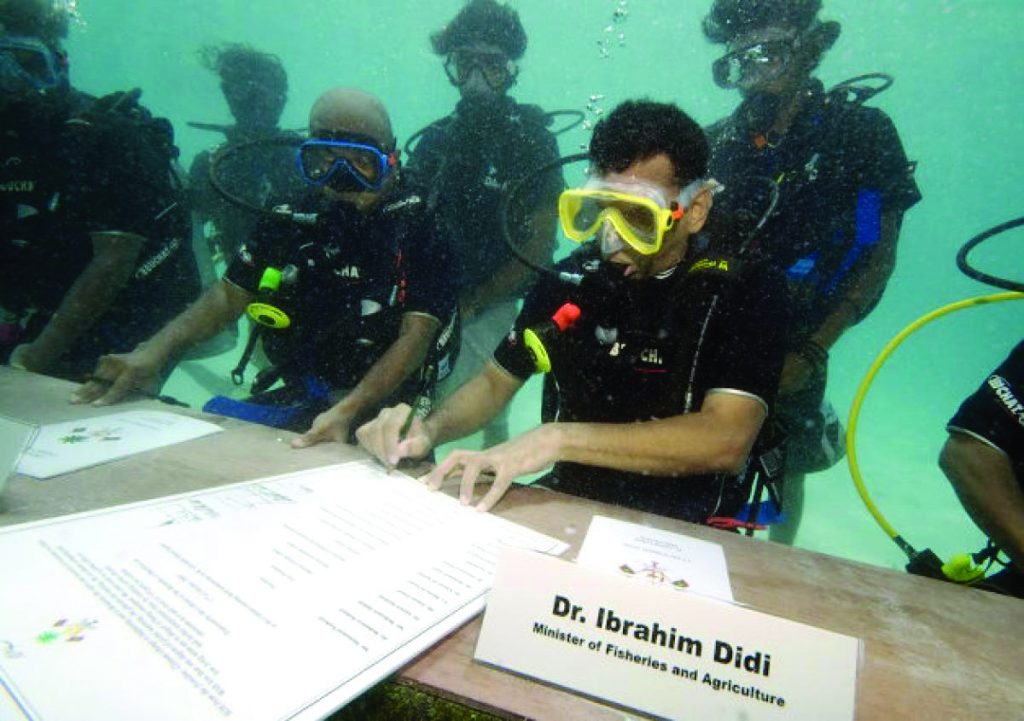 When the President of the Maldives Mohamed Nashad presided over the world’s first underwater presidential cabinet meeting on 17 October 2009, he made a splash in the media by highlighting the global effects of climate change and the rapid disappearance of his archipelago nation due to rising sea levels. Donning scuba gear and communicating with hand signals, underwater pens and tablets, the president and his ministers conducted their affairs at the bottom of the sea, establishing a model for a future, submerged, form of politics and interaction. The meeting served as both an acknowledgment of crisis and an attempt to chart the possibilities for survival in an increasingly wet world.

Nothing but Waves is an ongoing research project by Post Brothers that takes into account the impending rise of sea levels to address current events and soggy streams within history, culture, philosophy, and science. It attempts to dive in and map a particular ‘underwater’ politic; a sea change from underground strategies of resistance and perseverance to more liquid and aqueous approaches. Key to this discussion are the economic concepts of asset ‘liquidity’ and the indebted state of being ‘underwater’, as well as the physical and virtual flows of goods and information through, under, and across the seas. Saturated with fluid and waterlogged references that ebb and flow between utopic and dystopic visions of drowned worlds and life in the deep blue abyss, this project is made up of a successive surge of presentations over the course of the Baltic Triennial’s numerous iterations. The presentations operate as tributaries of thought rushing into a larger body of aquatic information that is the shared sea of the Baltics. Over the course of the Triennial the project will journey deeper and deeper, becoming more and more complex and dark and, accumulating more and more atmospheric pressure as it sinks further into uncharted subterrains.