XII BALTIC TRIENNIAL: "Your Voice Doesn’t Need You", a workshop on breathing and voice with Perrine Bailleux 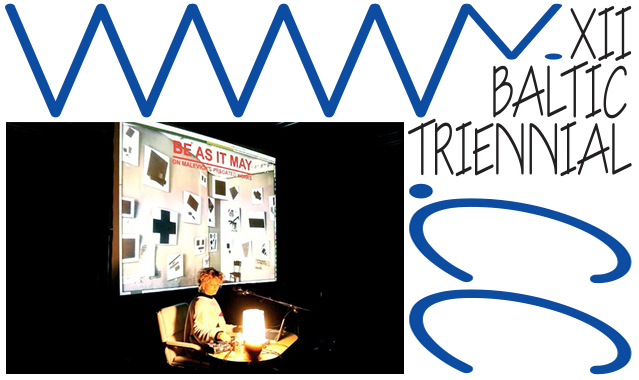 This workshop is addressed to any person (above 15) wishing to explore and experiment with the phenomenon of singing, and more generally, of voicing. It is especially suitable to singers, actors, teachers or anybody who has a frequent and sustained use of one’s voice.

The pedagogy is based on French singer Marie-Jeanne Rodière’s method as developed in her book Construire sa voix (2009, ed. De Relie). Marie-Jeanne Rodière was a professional lyric singer who, after a vocal cord surgery, decided to reconstruct her voice in a radically new way, softer to the body, inspired by Tao, martial arts and qigong, and far from the traditional singing techniques.

The workshop does not aim to define what a ‘beautiful’ voice should be or what it is to ‘sing well’, but rather to discover how one’s voice works, and what it actually sounds like when one forgets about it. What we’ll be looking for is to train our bodies and minds towards extreme relaxation, effortlessness and centering so that the voice becomes the direct emanation of one’s natural breathing and resonates from within the body. One might experiment unprecedented physical and emotional states allowing for a comprehensive and completely new relationship to one’s voice.

The workshop will be led in English. Participation is free of charge.
Please come on time to make sure you find a comfortable place.
We have a limited number for yoga mats and blankets available so please bring your own if you can.

Perrine Bailleux is a French artist whose practice ranges from music and song-writing to performance, lectures, teaching and writing. Since 2007, she’s been developing Perrine en morceaux, a difficult pop solo music project which has been touring all around Europe and gave birth to two albums. She is now leading her song-writing towards the direction of what she enjoys calling ‘theory art’, an art practice in theory making. Before she begins the series of workshops on breathing and voice at the CAC, she presents a 2014 lecture performance Be as It May during the opening night of the XII Baltic Triennial.