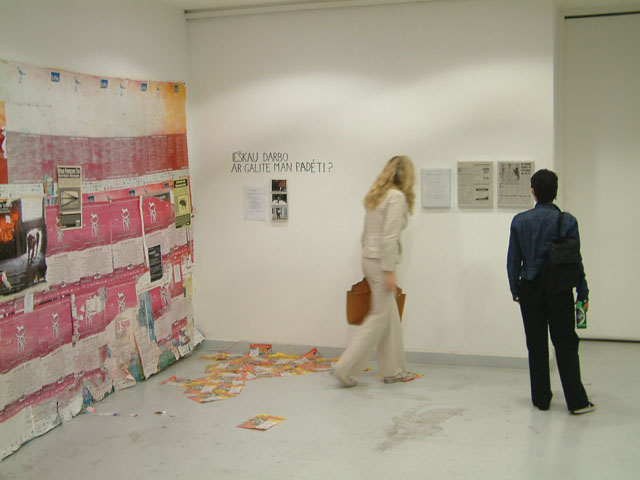 Screens and projections by

Some notes for the drifting concept:

The programme (or vision) of the project is under constant upgrade, which is open. There is a hope that it will remain as such after the actual 24/7 exhibition at the CAC Vilnius is technically over. The project is conceived as an interface for different orders, rules and disorders to interact together, drifting across with no central theme or principle attached. Yet all the concerns involved are life-minded. There is never enough of diversity.

24 / 7
Twenty – four hours seven days a week: this is the way the grocery store or the surveillance camera on the corner of the street works, this is how life sustaining (-ed) art practice functions in order to keep the survival. This is how the 24/7 project is intended to develop: to interact with myriads of flows and actions happening simultaneously, a continuous inventions of new ways of living and difference-friendly environments, rapid merge of identities and constant struggle which introduces new mutations into urban evolution (- things that happen all the time, but are noticed occasionally.) Or to put it into other words this is where the linking effort focused:

Individual and collective techniques and strategies of living / survival / resistance to the power structures;
Art as an instrument: learning, communicating, experiencing, living;
Communal activities and ways of living / creating together via hi-tech technologies as well as low-key actions;
Chance and programmed encounters;
Artist as a self-media outside of academic and institutional legitimating;
Mapping the invisible flows of exchanges and objects;
Simultaneities, synchronicities and complexities;
Customised strategies and devices to inhabit public space.

New York City
This was the starting point of the project – to show the contemporary art scene of New York City in Vilnius. However following Edvar Soja‘s example of Amsterdam with a global migration in mind makes us think that one can be a part of NYC art scene even if one has never encountered the USA immigration office yet. On the other hand, being a part of the New York art scene does not mean that one is a part of the local art market. But let‘s consider these as nuances.
Besides 200 languages being spoken here and the extremes of life NYC is still the main meeting point, media capital and the most loaded networking tool in the world. That‘s how we decided to approach it.
Drifting across NYC, travelling via customised channels of communication, entering various networks and communities here, and exiting them somewhere else, maybe another part of the world. It is as if you take a train, which runs on the D track and takes a route of F train in NYC underground. There are many points of transfer and entering another story or a zone. To put it in other words this is where the linking effort is focused:

Vilnius
City on the slip or city in sleep? The name of the city in Lithuanian language refers to the notion of the wave, yet the Neris river didn‘t reach the vastness of the Pearl River, so it could drive along the mega urban zones.
Vilnius, the capital of one of the former Soviet Union republics, is an open field for liberal democracy to interact with the heritage of Communist planning. Yet before the major investments of global capital has reached the city, a bronze monument for anarchomposer Frank Zappa stood up in one of the squares as a homage for anarchy which never sleeps.

24/7 is intended to intensify and condense the diversity of information in Vilnius, however it is not about Vilnius – New York exchange: the two cities are just two points of transfer.

2003.10.03:
Screenings of M* OF BETHLEHEM by Ayreen Anastas and MOVEMENTS by Rene Gabri (initiated by the 16Beaver Group)

2003.10.07:
Screening of Pier Paolo Pasolini‘s SALO, OR THE 120 DAYS OF SODOM
with a live comment by Rytis Juodeika (initiated by the 16Beaver Group)

2003.10.12:
KIND TEAMS & TEAM KINDS: A three-day symposium on the topic of collaboration (initiated by the 16Beaver Group) 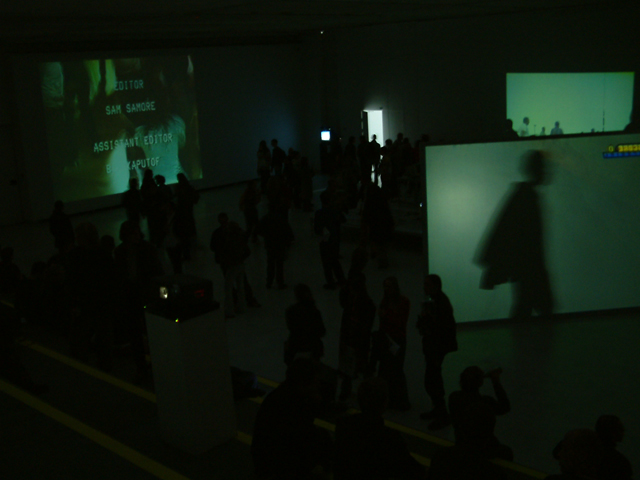 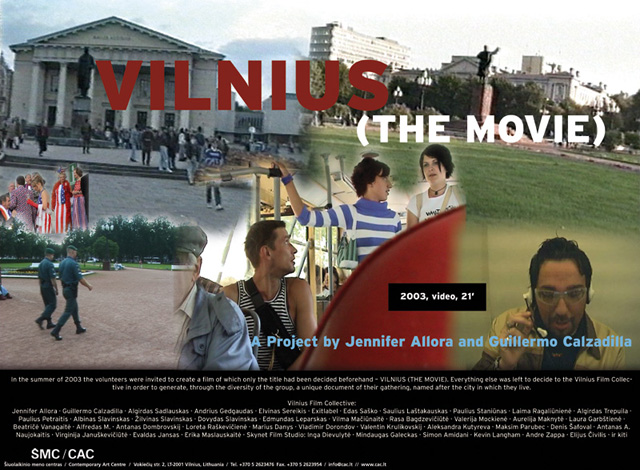 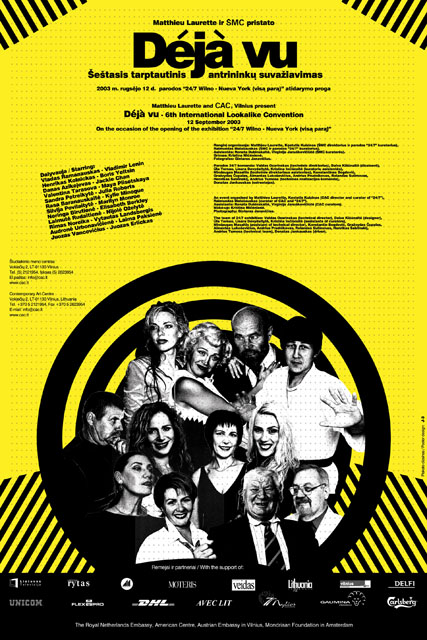 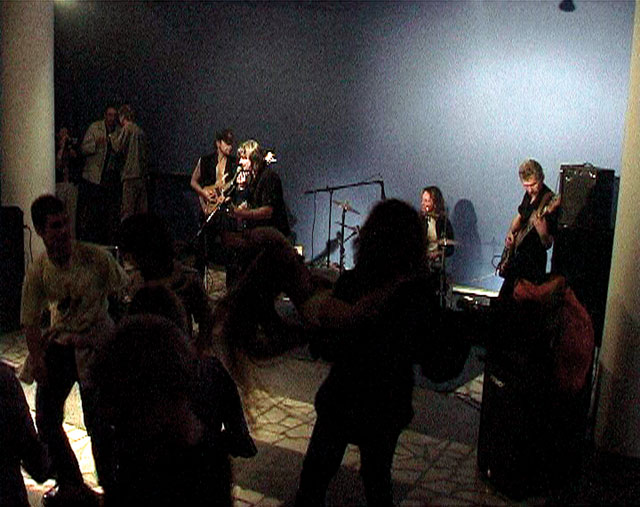 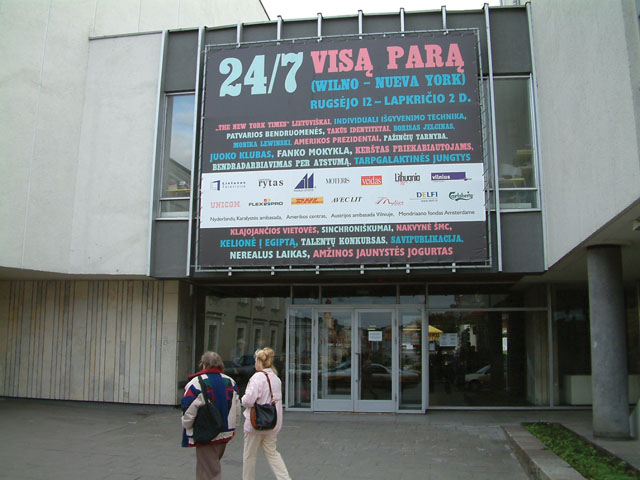 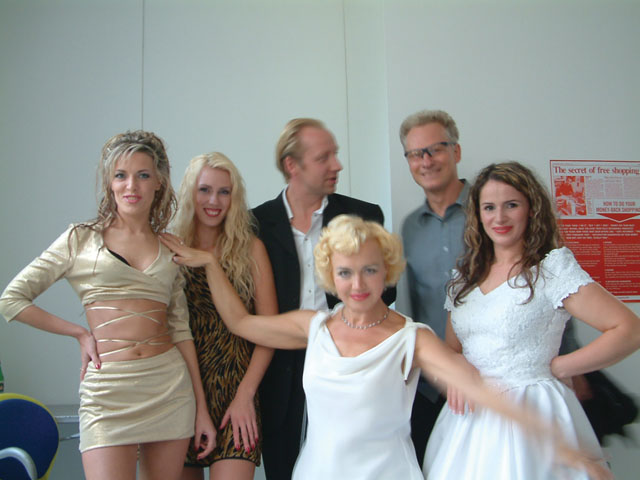 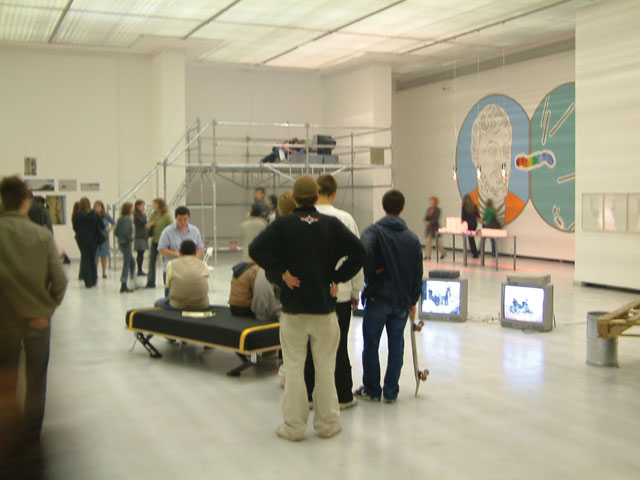 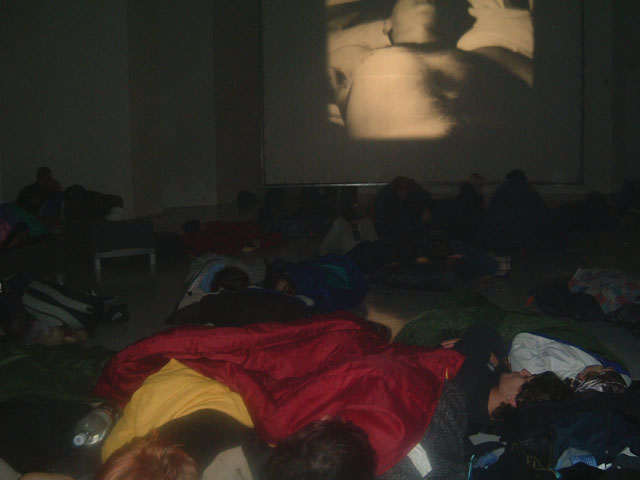