Emmanuelle Antille. As Deep as Our Sleep, as Fast as Our Heart 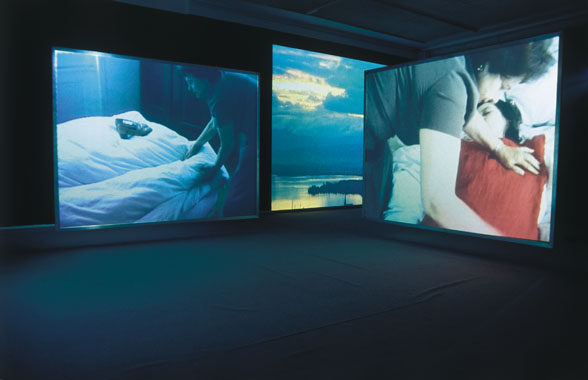 As Deep as Our Sleep, as Fast as Our Heart is a video installation constituting five video projections, three screens, two monitors and eight low sofas. All the videos are connected to each other to create one fiction, one narrative surrounding. It shows the rituals between a mother and her daughter, their relationships toward sleep and awakening, dream and reality. They live in an apartment they transformed into a kind of cocoon, out of the real world, in which they nourish themselves with their own fantasy.
In the middle of the exhibition room are three projections on three translucid screens. It is the heart of the installation, the center point where the narration takes place. These synchronised videos show different points of view of the same sequence, like a three-dimensional movie spread in space. Here the mother and her daughter perform various rituals. The images start by the mother waking her daughter up then following her to the bathroom. They caress each other’s face, as if they wanted to feel the passing of time on the other’s face. Then the mother washes her daughter’s back and gets her back into her bed. She covers her with a red dress and takes her shoes off. Then she puts them on and starts to dance in the living room while the girl is asleep.
The fact that these gestures are repeated and looped increases their habitual and codified side. It appears like a routine. The staging and a certain symbolism (the red dress, the gesture) enhance the closeness between reality and imagination. The setting of the three screens allows the viewers to be surrounded by the images, to immerse themselves into the actions from different angles at the same time.

Two other projections are placed on the wall on each side of the room. They have different functions: a frame, a scenery and a temporal indication. They present some urban landscapes from the windows of the two women’s house, continuously passing from dusk to dawn. They also show peaceful shots of the two women asleep.
Two monitors are placed in the corners of the room. In front of them, along the walls, eight low beds/sofas can be used by the spectator to sit or lie down. The monitors introduce other rituals at night between the two women (the mother biting the daughter’s leg, the daughter dancing for her mother, the two observing the neighbour’s windows). The editing is very carved up and fast. The content functions like flashes of memory or pieces of dreams.
The main purpose of the architectural display is to allow the apprehension of the mother-daughter relationships in various ways, from several angles, in their different forms, according to their own intensity and plasticity. The viewers are then able to position themselves physically closer, as to reach the dreamy state of mind created by the images and their assembling. As to immerse themselves in a kind of opium den. 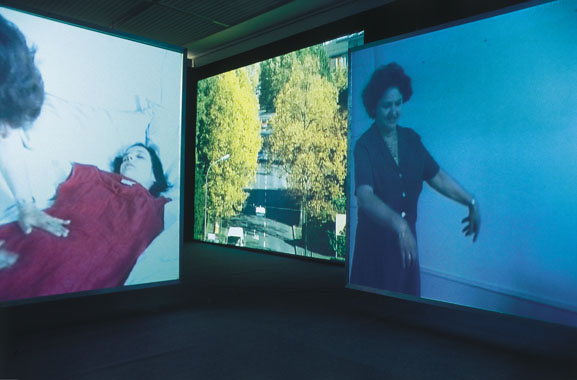 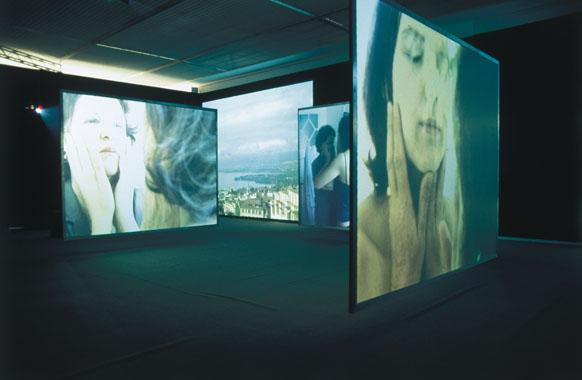 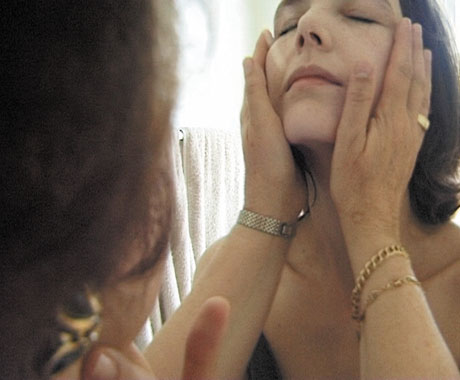 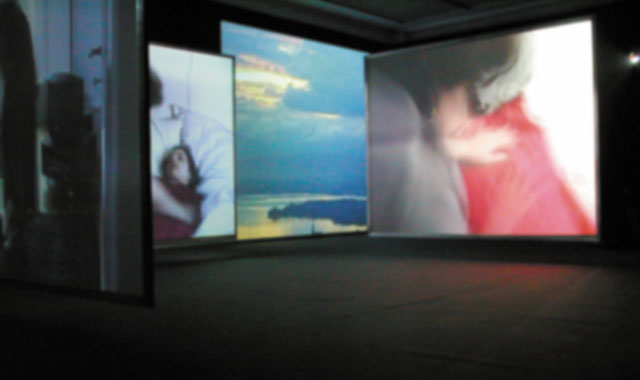 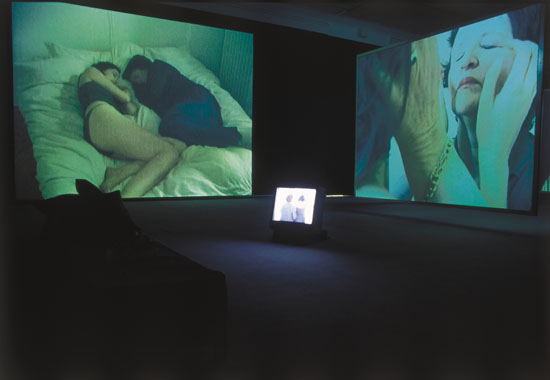 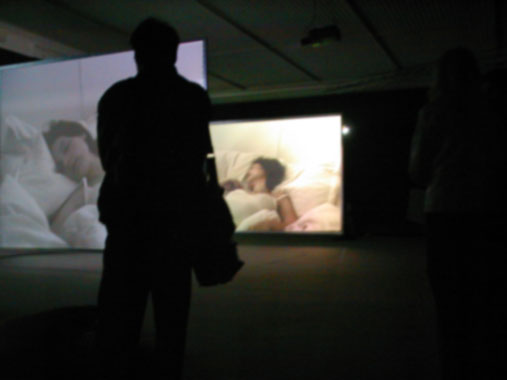 Emmanuelle Antille. As Deep as Our Sleep, as Fast as Our Heart
Close